This 26-Pound Adoptable Chonk Sure Looks Like a Bobcat

But Morris Animal Refuge maintains that Mr. B is a “jumbo-sized package of fluff & love” and a “domestic shorthair.” 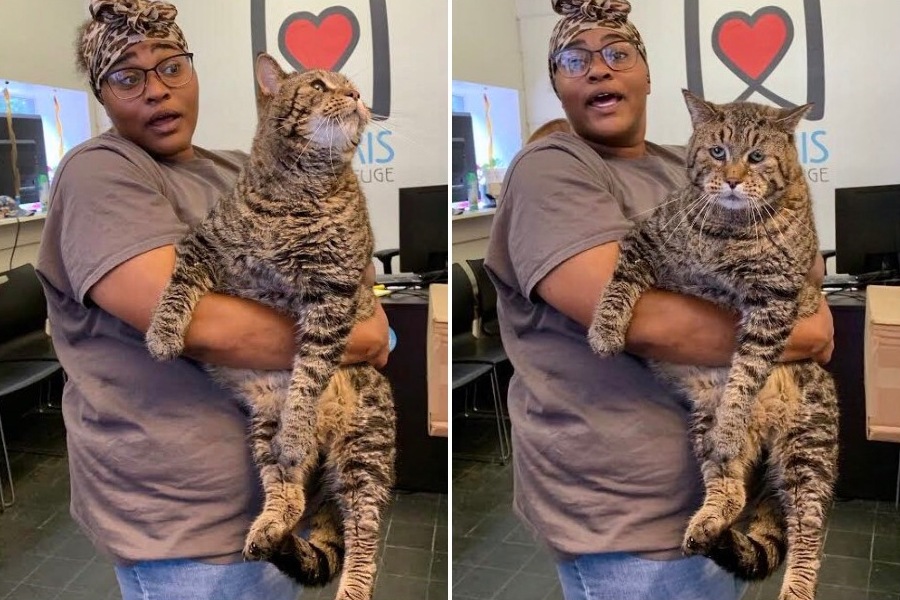 I hope each and every Philadelphian is blessed enough to gaze their eyes upon these exquisite photos of Mr. B, a very large Philly feline who is, with no need of explanation, going viral.

Mr. B — also known as BeeJay — is currently in the possession of the very kind people at Morris Animal Refuge in Washington Square West, who describe him as a soon-to-be adoptable “jumbo-sized package of fluff & love,” a “CHONK,” and also, a “cat.” I’m not convinced the last descriptor is accurate, however. In fact, I would like to make a case that Mr. B is actually a bobcat that could land in the hands of unwitting, feline-loving Philadelphians.

Why? First of all, as you can see, he is a big boy. Very big. If you’re wondering, he is not quite as big as the biggest cat ever — the internationally known Meow, who weighed 39.6 pounds at the time of his unfortunate death in 2012. But at 26 pounds, Mr. B is indisputably big.

A bobcat looks like an oversized house cat, weighing between 20 and 30 pounds with a black-spotted brown coat that can turn gray in the winter. Though a bobcat has a bobbed, black-tipped tail, the black is only on the tip instead of the wider band found on a lynx’s tail. With large ears, and tufts of fur at the tips, the bobcat also sports ruffs of fur on its cheeks. It stands about 2 feet tall from shoulder to its large paws. 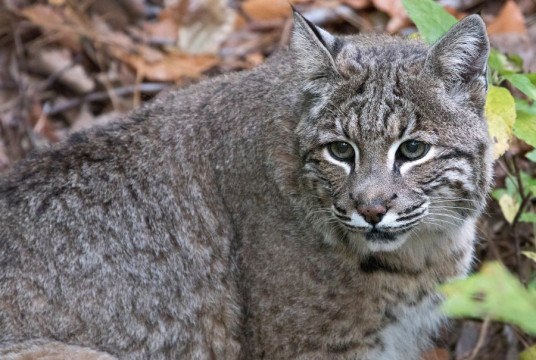 You don’t have to be a detective to put the evidence together. Some of the aforementioned descriptions accurately sum up Mr. B: an oversized house cat … weighing between 20 and 30 pounds … black-spotted brown coat … an oversized house cat. We admit Mr. B’s black-tipped tail looks a little more like a lynx’s than a bobcat — so we aren’t ruling out that he’s a lynx, either. As for the tell-tale bobcat ear tufts  … well, it’s hard to say if Mr. B has them in the provided photo.

Emmy Homan, development manager at Morris Animal Refuge, maintains that Mr. B doesn’t have the ear tufts. And, she adds, “I don’t think he has anything that would really point to bobcat, other than his size.”

“[Domestic shorthair] is what we believe he is,” Homan said. “There’s not really a good way to rule [bobcat] out. Especially being in a shelter, we don’t have the DNA-taking ability. So there’s always that possibility, but we’re pretty sure he’s just a domestic house cat.”

As mentioned, Mr. B will be available for adoption within the next few days, after his medical records are all accounted for. If you want to make him your furever friend, you better act fast. Homan said the shelter has already fielded plenty of inquiries. It will adopt out Mr. B on a first-come, first-serve basis, as soon as he’s available.

Also, if you are going to adopt Mr. B, consider accruing a little research on bobcats. We hear their diet sometimes consists of normal-sized cats. And those of them that have been accidentally adopted have been known to nibble on their owners from time to time.