What’s Better Than One Halloween a Year? Two, Says This South Jersey Group

The National Halloween Association, based in Mount Laurel, attracted worldwide attention for its 2018 proposal to move Halloween to the last Saturday in October. Now members say they’ve got an even better idea. 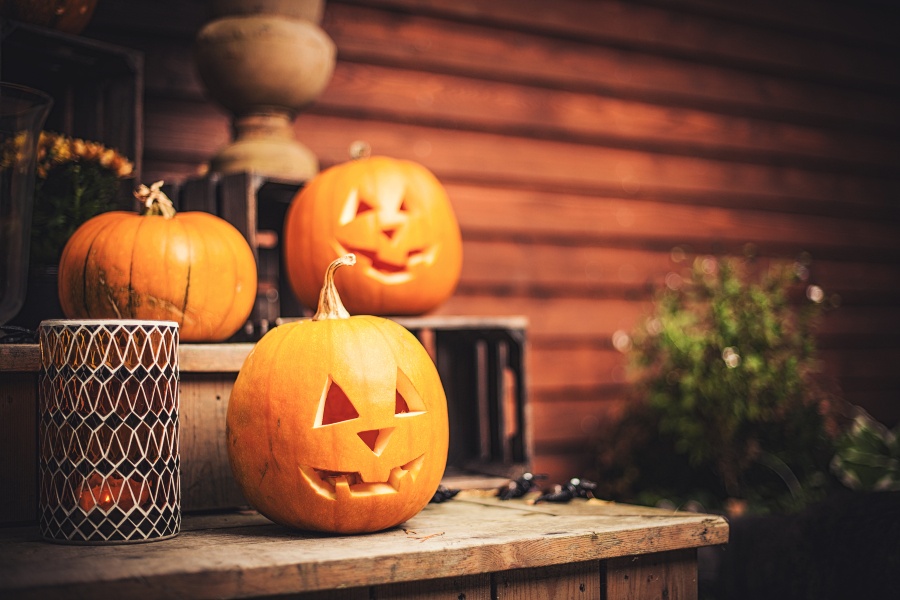 Photo by knape via Getty Images

The organization, which aims to “promote and grow the safe celebration of Halloween and year-round costumed events throughout North America,” is perhaps best known for starting a 2018 Change.org petition to permanently move Halloween from October 31st to the last Saturday in October.

The attempt is still gaining steam: As of Monday morning, more than 101,000 people had signed the online proposal — about 25,000 of those just this past weekend (after a flurry of news stories helped revive the petition).

Why change the date of Halloween? We’ll get to that in a moment.

When we contacted the National Halloween Association last week, a spokesperson told us that the organization will soon — as in this week — release a 2019 petition seeking a different goal.

Instead of changing the date of Halloween, she said, members will launch a national initiative to add an additional day of celebration to the holiday calendar. That’s right: Keep Halloween on the 31st and celebrate the following weekend.

Their reasoning? Members feel that moving the holiday will allow for a “safer, longer, stress-free celebration,” according to the 2018 petition. 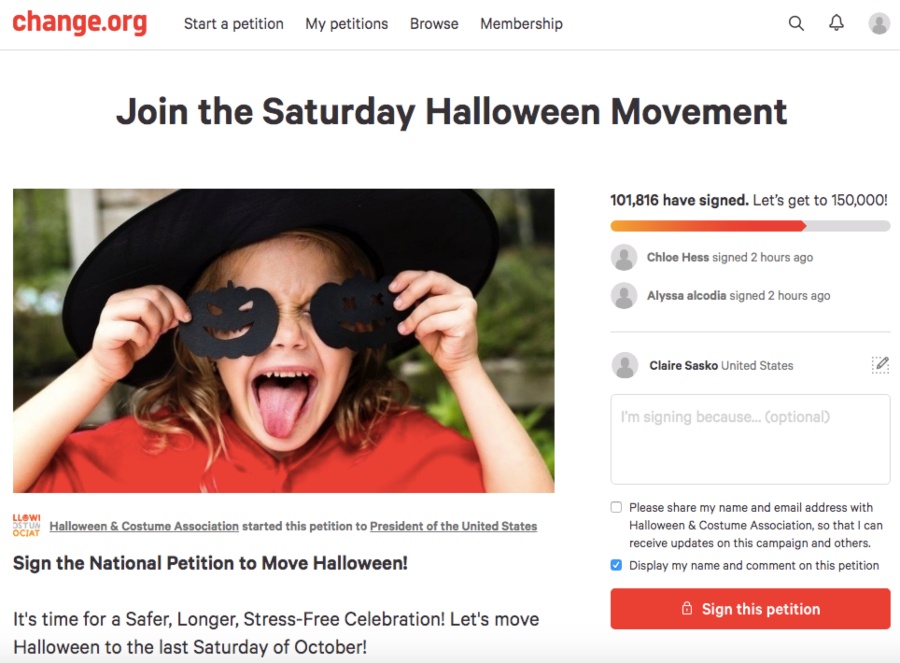 They’ve got a few points. First, trick-or-treating seems riskier during the week: Consider the parents who bring their children out and about to round up candy in the early evening, before it gets dark, so the little monsters are sprinting door to door on city or neighborhood streets during the traffic-heavy tail end of evening rush hour. (I witnessed a few close calls in Rittenhouse last Halloween.)

Then there’s the fact that a weekday Halloween can’t stack up to a weekend Halloween. (The holiday falls on a Thursday this year, in case you’re wondering.) You can’t stay out as late, or up as late, eating candy or celebrating (that goes for kids and adults), when you’re too worried about work or school the next day. In its 2018 petition, the National Halloween Association writes that 51 percent “of millennials say Halloween is their favorite holiday,” so, they argue, “why cram it into 2 rushed evening weekday hours when it deserves a full day!?!”

“We have listened to all of the feedback since the petition started and view this as an opportunity to truly honor and celebrate what this season should be,” said National Halloween Association spokesperson Aneisha McMillan. “We see Halloween in the U.S. as an opportunity to unite rather than divide. So, while we still believe an end-of-October Saturday celebration will promote safety and increase the fun, this year, we will be launching a national initiative designed to enhance the Halloween that we all know and love while uniting our people.”

Revelers always unofficially celebrate Halloween on multiple days, including the weekend (college students can certainly attest to this) — so why not add another day of fêtes to the holiday calendar? McMillan said an additional day of celebration will help bring “more people together.”

The organization plans to announce its 2019 campaign on Tuesday — so stay tuned. We’re curious to see how it’ll play out and if it will garner as much support (or more) as the 2018 petition.

In the meantime, maybe take this as a reminder to start planning your costume.