Every time Amy Wax proves that she’s a racist, Penn props her up. Its complicity has to stop. 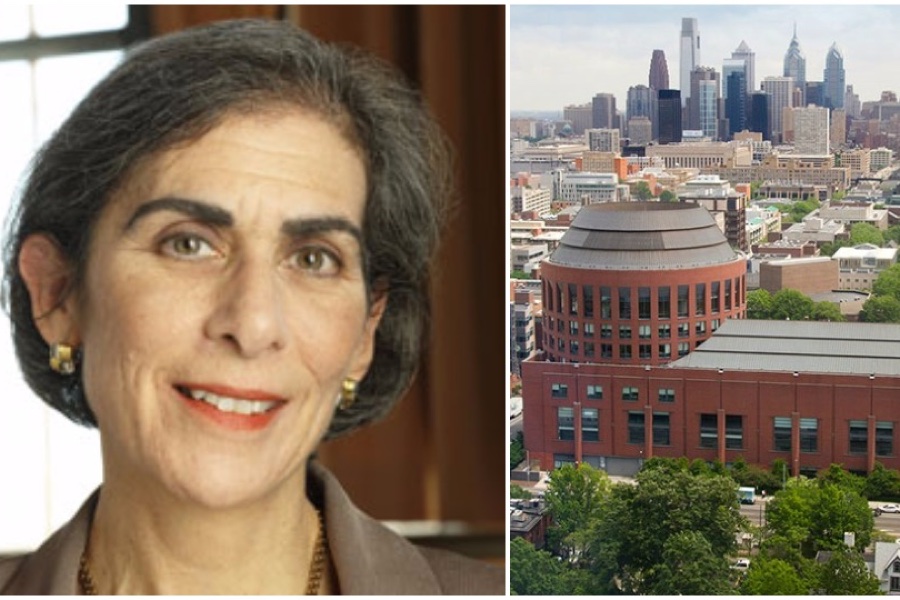 Amy Wax is a law professor at the University of Pennsylvania.

In 2017, University of Pennsylvania law professor Amy Wax co-wrote a controversial op-ed for the Philadelphia Inquirer suggesting that America’s social and political problems are the result of people of color rejecting middle-class white culture.

In the op-ed, written with University San Diego Law professor Larry Alexander, the duo stated that “the single-parent, antisocial habits, prevalent among some working-class whites; the anti-‘acting white’ rap culture of inner-city blacks; the anti-assimilation ideas gaining ground among some Hispanic immigrants” – are “not only incompatible with what an advanced free-market economy and a viable democracy require, they are also destructive of a sense of solidarity and reciprocity among Americans.”

When asked to clarify the thinly veiled racist viewpoint of the op-ed, Wax made it explicit in an interview with the Daily Pennsylvanian by stating that Anglo-Protestant cultural norms are “superior” and that “everyone wants to go to countries ruled by white Europeans,” though “bourgeois values aren’t just for white people.”

Graduate student groups on Penn’s campus, including GET-UP, called for the administration to  “join us in condemning this affront to both the values and the members of our community.”

But instead, a spokesperson for Penn Law would only say that “the views expressed in the article are those of the individual authors … not a statement of Penn Law’s values or institutional policies.”

In 2018, Wax would find herself in another racism controversy after an interview filmed in 2017 surfaced of her making unsupported claims about the academic performance of Black Penn law students.

“I don’t think I’ve ever seen a black student graduate in the top quarter of the [Penn Law school] class and rarely, rarely in the top half,” Wax said in the video, titled “The Downside to Social Uplift” and hosted by Brown University professor Glenn Loury. “I can think of one or two students who’ve graduated in the top half of my required first-year course.”

Backlash was once again strong from the student body. This time, Penn’s Black Law Students Association (BLSA) created a petition calling on Penn to “issue a strong, explicit response addressing and rebutting such deleterious and false claims” made by Wax.

Penn would eventually refute Wax’s claims regarding Black students and prohibit her from teaching assigned, required first-year courses after they found that her comments violated confidentiality rules surrounding the discussion of grades. But outside of that, Wax did not face any other consequences for the racist nature of her remarks.

Earlier this month, Wax yet again found herself in controversy over making racist remarks, this time speaking on a panel that was taking place during the Edmund Burke Foundation’s National Conservatism conference. According to Vox and other media outlets whose reporters were present while Wax was participating in a discussion on immigration, she stated that “our country will be better off with more whites and fewer nonwhites” and also described immigrants as being too loud and blaming them for an increase in “litter.”

Despite pushing for a policy that would favor immigrants from Western countries over non-Western ones, Wax claims she’s not a racist because her concerns with nonwhite immigrants are rooted in culture rather than biology.

When I personally tried to get her to clarify her viewpoints, Wax told me via e-mail “NO COMMENT, because correcting the record on what I meant requires reporters to follow and understand an argument that is far too sophisticated for them to handle.”

Yes, this was Wax gaslighting me and trying to suggest that, given their sophistication, her racist views are too difficult for me to understand.

As expected, there has been uproar on campus following the reporting of Wax’s latest remarks. More than 1,000 Penn Law students and alumni have signed a petition drafted by Penn’s Latinx Law Students Association calling for the university to partake in “relieving Professor Wax of all teaching duties” and “explicitly denouncing Professor Wax’s statements.”

A spokesperson for Penn Law initially told The Legal Intelligencer that Wax is “free to express her opinions” under the school’s academic freedom and open expression policies, while adding that “it is also the case that views of individual faculty members do not represent the views of the institution, but rather their own personal beliefs.”

But shortly after growing criticism, Penn Law school dean Ted Ruger released a statement on July 23rd stating that “the reported remarks [from Wax] espouse a bigoted theory of white cultural and ethnic supremacy; at worst, they are racist.”

“Under any framing, such views are repugnant to the core values and institutional practices of both Penn Law and the University of Pennsylvania,” Ruger says later in the statement. “I know these statements by Professor Wax have caused pain and outrage to many in the Penn community. My colleagues and I pledge to work with you so that together we can heal, and learn from this experience and each other.”

Yet whatever force that belated condemnation had was instantly blunted once the public was reminded that Wax would be going on a previously arranged sabbatical for the upcoming school year.

So, despite her ongoing racism, Wax will remain an employee at the university while taking advantage of a subsidized year away from campus. Penn has once again paid only lip service to the grave concerns raised by students of color, alumni, and faculty who have repeatedly called for more severe consequences to be carried out.