The city’s Office of LGBT Affairs is looking for its third director in three years. Without more independence — and more resources — it’s doomed to revolving-door leadership. 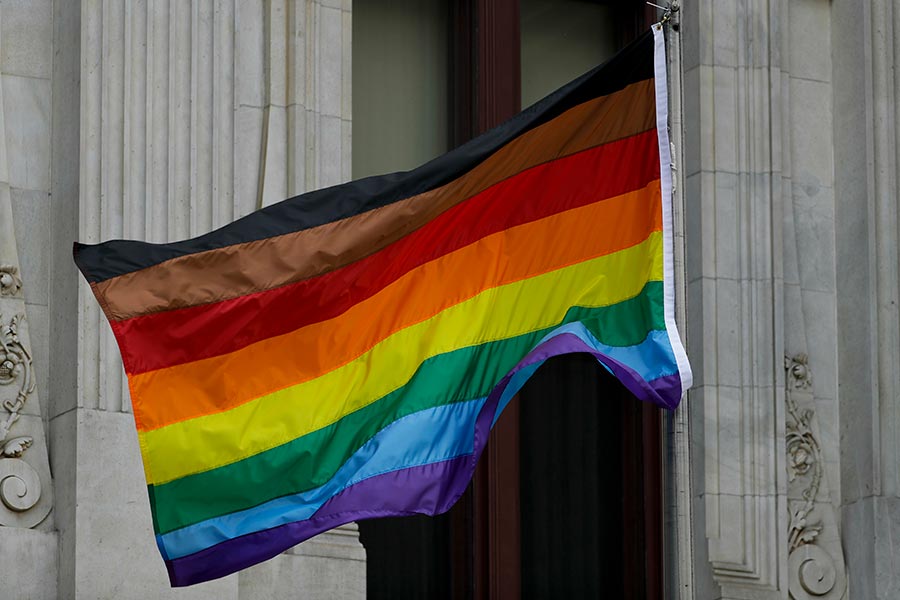 The executive director of the city’s Office of LGBT Affairs, Amber Hikes, announced last week that she is stepping down after two years of serving in the role.

Unlike her predecessor Nellie Fitzpatrick, who was fired in 2017 after community activists criticized her lack of leadership in addressing Gayborhood racism, Hikes is leaving on her own terms, and many are praising what she was able to accomplish in her tenure. And yet, Hikes’s explanation for why she has chosen to move on so soon should serve as a cautionary tale for what happens when institutional promises run headlong into structural limitations.

“This work really takes a toll on someone because of the climate that we’re in,” Hikes told the press. “And I think the toll it takes is unique and, frankly, kind of exponential when we talk about people of marginalized identities.”

As the city embarks on a search for its third LGBT Affairs executive director in three years, I have begun to ask myself why in the hell anyone would want the job. It hadn’t dawned on me before how ridiculously massive the role is, and how little the resources: With only two full-time staffers in the Office of LGBT Affairs, the executive director is pretty much the city’s face for an entire community of people who have a multitude of problems that can’t be easily resolved.

While other city office directors tackle issues that, while equally huge, are more cohesive (Black male engagement, women’s rights, homelessness), the LGBT Affairs executive director and deputy director are tasked with addressing representation, discrimination, economic, cultural, and health issues pertaining to lesbian, gay, bisexual, transgender, and queer people from various generational, racial, and socioeconomic backgrounds. The existence of the office is a promise to the community, but how can two people truly tackle the multitude of crises affecting LGBTQ people? Whoever holds these roles will inevitably burn out, because they’re set up to fail.

If we want to get to the root of this frustrating cycle of revolving-door leadership, we have to look back to when the Office of LGBT Affairs became a permanent fixture under the mayor’s purview.

In 2015, Philadelphians voted via ballot question to make the Mayor’s Office of LGBT Affairs permanent seven years after Mayor Michael Nutter created it as a temporary city office by executive order. City Councilperson Blondell Reynolds Brown was behind the legislation, intending the office as an institutional “direct line” to the LGBTQ community.

“Philadelphia has an international reputation as a city that both celebrates diversity and has no tolerance for intolerance. This bill offers the LGBT community a permanent seat and voice at the table,” said Reynolds Brown at the time. “Making this office permanent sends a continued message that, while we have more work to do, we are absolutely up to the challenge.”

But the office has been able to do little with that seat and that voice. When it came to addressing racial discrimination in the Gayborhood, then-executive director Fitzpatrick pointed to the limited power of the office to deal with civil rights matters, which meant the Philadelphia Commission on Human Relations had to take the lead. Once Hikes took over the position, there was more community engagement from the office, but the efforts — including a more inclusive pride flag, consulting/training efforts, and incremental institutional-change programs — were arguably more about visibility than radical change.

What’s been missing from the office in its current state has been the ability to confront problematic institutions and policies head on. For example, while LGBTQ nonprofit Mazzoni Center has been faced with scandals left and right over the past few years, the Mayor’s Office of LGBT Affairs has had to be very measured with its words and involvement. It was PCHR that eventually had to serve as the direct point of refuge for a Black queer employee who alleged they were wrongly terminated by the organization. In this situation and many others, LGBT Affairs acted more as a referral hotline more than an agency serving the community.

As long as the Office of LGBT Affairs remains under the Mayor’s Office, its employees will be little more than public goodwill ambassadors for our community. At a time where LGBTQ youth homeless rates continue to disappoint, statewide discrimination festers, and national anti-LGBTQ sentiment intensifies, we need more than a couple of cheerleaders for the cause.

The time has come for the Office of LGBT Affairs and its companion commission to become independent statutory entities. One model is PCHR itself — while its members are still appointed by the mayor, its mission and powers are enshrined in the Home Rule Charter, and its decision-making is independent. A more radical option: turning the Office of LGBTQ Affairs into an independently elected governmental office, along the lines of the offices of the City Controller and Register of Wills.

I can hear the objections already: “Why should we let the entire city elect an official to serve the LGBTQ community?” Answer: Because given how political the office already is, the people should have more agency in deciding its mission and budget — nothing compares to the accountability of the ballot box. Plus, a citywide election is far more democratic than what we’ve had so far — two cisgender straight males making the appointment.