Gun-related violent crime is up in Philadelphia. That was entirely predictable when we elected a district attorney whose primary goal is releasing criminals rather than prosecuting them. 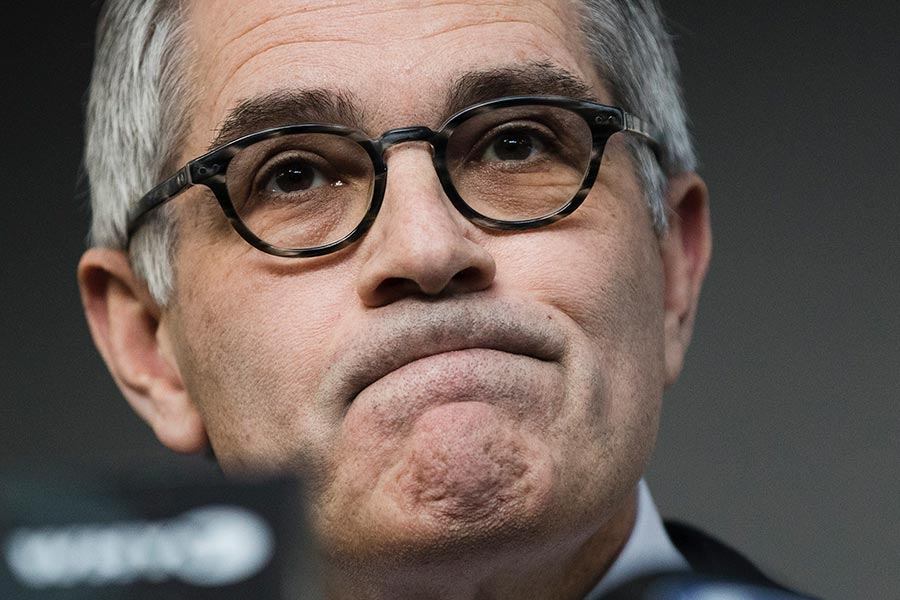 It was an interesting social experiment: What happens in a major metropolitan city like Philadelphia when you elect a district attorney whose primary goal is releasing criminals rather than prosecuting them?

The results, however, were all too predictable.

Gun-related violent crime is rising in Philadelphia. The police force is demoralized. Victims of crimes, their families, and advocacy groups feel betrayed.

This should come as a surprise to absolutely no one.

When he was running for district attorney, Larry Krasner, supported by a PAC funded by George Soros, made his commitment to social reform and reducing the inmate population quite clear. He promised to fundamentally transform the city’s criminal justice system.

No one can accuse Krasner of not following through.

As the Inquirer reported on June 23rd, Krasner is funneling an increased number of gun cases to a court diversionary program called Accelerated Rehabilitative Disposition (ARD). In 2018, Krasner’s first year as district attorney, 78 cases were sent to the ARD program, compared with 12 the previous year.

Why does this matter? Because criminals who carry guns usually intend to use them.

When Krasner was practicing law in Philadelphia – specializing in criminal defense and civil rights cases – he sued the police department some 75 times. He doesn’t believe in the death penalty, and he’s called law enforcement “systemically racist.”

Since taking office, he’s ordered his assistant district attorneys to request cash bail less often and include a cost analysis of incarceration when making sentencing recommendations.

Krasner talks a lot about “social justice” and “inequality.” But you won’t hear him mention victims very often. And why? Because Krasner views crime victims as an obstacle to his agenda.

Fortunately, Philadelphia does have a federal prosecutor who understands his job and believes in the rule of law.

U.S. Attorney Bill McSwain has made prosecuting gun crime a priority. From October through May, his office had already prosecuted more gun cases than it had in all of 2018, according to the Inquirer.

Krasner, on the other hand, clearly believes he’s on the right side of history. What he doesn’t realize is that he’s the outlier, pushing an agenda that satisfies special interests, not victims.

When criminal cases are lawfully tried and properly prosecuted, it isn’t the district attorney’s job to undo justice. In March, Krasner asked the court to vacate the death sentence of double murderer Robert Wharton. In 1984, Wharton and an accomplice murdered a West Philadelphia couple, and then before leaving the house turned off the heat so the couple’s six-month-old daughter would freeze to death. (She survived.)

U.S. District Judge Mitchell S. Goldberg, who called the murders “particularly horrific,” saw no reason to vacate the death sentence. In fact, Krasner did not plead or argue any legal reason for the request. “After so many years of advocating for a death sentence, the District Attorney’s Office has now come to believe Wharton’s sentence violates the Constitution. And this concession is made without a single explanation,” Goldberg said.

There is an explanation, though not one based on the law: Krasner is a zealot in the midst of a crusade to right what he sees as the wrongs of history and he believes he has a mandate to do it.

Of course, mistakes have been made in the past. The system is far from perfect, but there is a responsible way to go about reforming the criminal justice system.

The president and Congress came together in a bipartisan way last year to pass criminal justice legislation that represents the most sweeping attempt at reform in years.

“By passing the FIRST STEP Act, lawmakers are backing long-overdue fixes to some of the most broken parts of our justice system that for too long have been overly punitive and downright unfair,” said Inimai Chettiar, the director of NYU School of Law’s nonpartisan Brennan Center’s Justice program.

Among other things, the new law eases mandatory minimum sentences for nonviolent federal inmates and helps them reenter society and lead productive lives.

This is sensible reform.

Cutting plea deals for violent criminals, sending more gun cases to the ARD program, and petitioning the court to vacate a death sentence for a convicted murderer are pursuits motivated not by law but by ideology.

Prosecutors who, like Krasner, choose not to follow the law undermine crime victims, embolden criminals, and put innocent people at risk.

But Krasner has no interest in being a prosecutor. That would be fine, if only the writing on his office door didn’t read “District Attorney.”

James D. Schultz is the chair of the Government and Regulatory practice at Philadelphia law firm Cozen O’Connor. He served as the general counsel to Pennsylvania Gov. Tom Corbett from 2011 to 2014 and was senior associate counsel to the president in the Office of White House Counsel during the Trump administration. The views and opinions expressed in this op-ed are those of the author and do not reflect the policy or position of Cozen O’Connor.