“Hamilton” Tickets Are About to Go On Sale in Philly

Don't throw away your shot to snag tix to Lin-Manuel Miranda's Tony-and-Grammy-and-Pulitzer-winning musical. 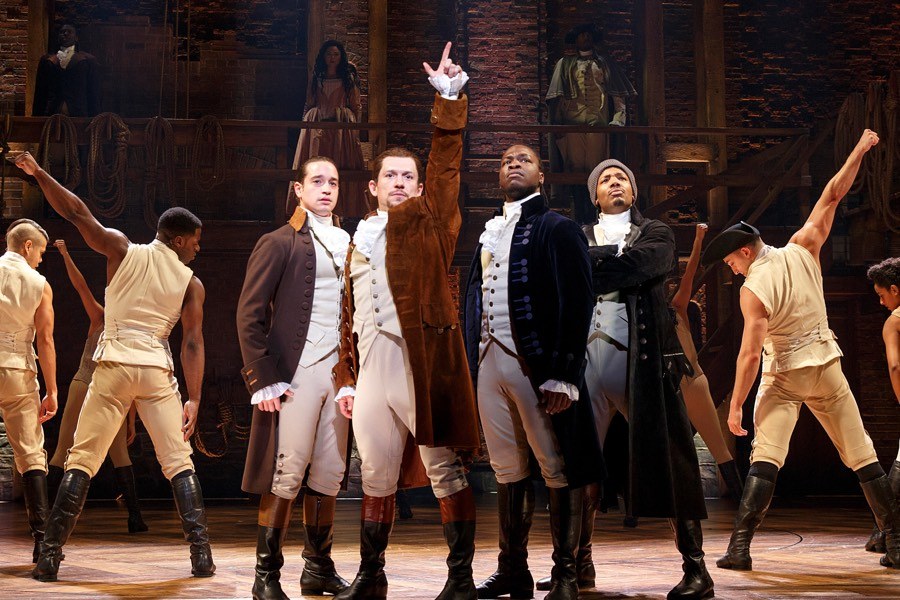 You could witness this scene at the Forrest Theatre’s production of Hamilton in Philly … if you’re lucky. Photo by Joan Marcus. 

You’ve surely seen the advertisements around town for the Philly production of Hamilton, Lin-Manuel Miranda’s frenzy-inducing musical that will debut here in August. And if you’re any student of history, you surely know that Hamilton tickets tend to sell out months in advance. So you should know this, too: If you want any chance to see the musical at the Forrest Theatre in Center City, you’ll need to sign up now for a chance — and that’s the operative word here — to get your tickets

Typically, Hamilton tickets have been a bonanza for scalpers. The Philly production — which runs from August 27th through November 7th — is at least trying to prevent bots from scooping up all the available tickets before any humans get there.

What that means is there’s a fairly circuitous process for buying tickets. First, you’ll need to register your interest in the tickets online through a service called Telecharge, which is apparently able to separate out the real humans from bots. You’ll need to sign up there before 11:59 p.m. on Thursday night. After that, a random selection process gets underway, and if you’re so lucky to get picked, you’ll receive a notice by July 3rd that you can buy up to four tickets to the show. (Tickets range in price from $127 to $197 – or if you really want to splurge, $497 for “premium” seats.)

This whole procedure might seem like overkill, but consider this: When a theater in San Francisco recently sold tickets for its production, more than 100,000 people lined up in a “digital queue” for the tickets. At the musical’s original Broadway production, the average price for tickets at one point was $1,200. And in Seattle, in 2017, tickets sold out in just one day, and ended up on the resale market for as much as $10,000.

(Quick side note: How is it that so many cities got their Hamilton premieres before Philly? An abbreviated list includes: Kansas City, Baltimore, Memphis, Providence, Oklahoma City, Schenectady, and Tulsa. Apparently being the birthplace of the country counts for nothing these days …)

It’s naïve to think that Philly tickets won’t also end up on the resale market at some point, but at least the production here is making an honest effort to prevent scalpers from holding everyone else hostage.

If you’re not liking your chances with the internet lottery, there’s an old-fashioned, real-life line you can wait in at the Forrest Theatre one day only, on Tuesday, July 9. On that day, the line will start forming at 7 a.m. — and the theater will assign people specific times that they can go to the box office to buy tickets. (The idea being that if your time ends up later in the day, you won’t need to stay in line the whole time and can just come back to the theater later.)

If you strike out both digitally and in person, there’s still one last chance for you, too: For every single performance, there will be 40 tickets made available for $10 via a lottery system. Getting a seat that way would be a true underdog story, just like Hamilton’s.