The Eagles Cut Public Practices Down to One, and Fans Aren’t Happy

The team also announced a ticket fee for the practice for the first time, though the proceeds will go to charity. 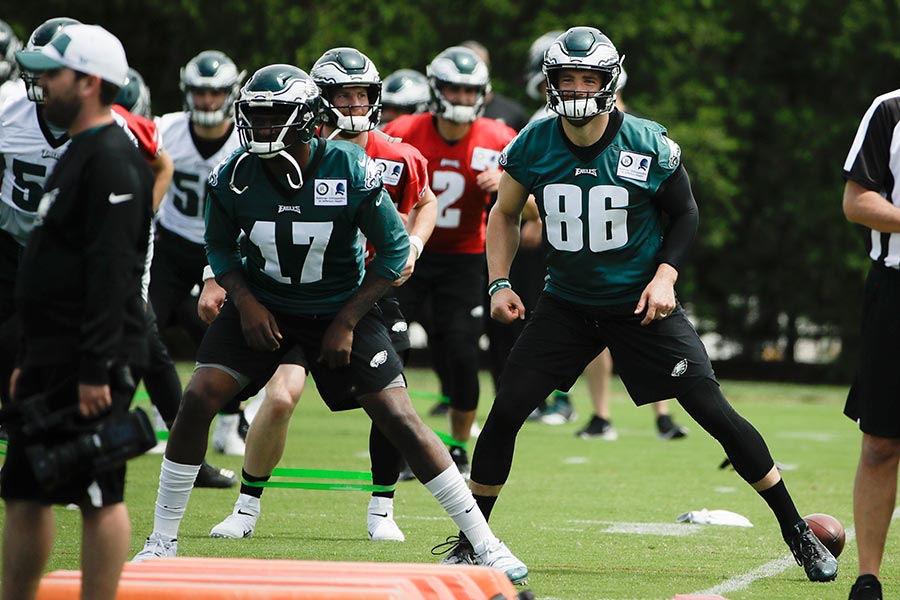 The Eagles practice in Philadelphia on June 12, 2019. Photo by Matt Rourke/AP

For many Philadelphia Eagles fans, going to practice sessions for free during July and August is a fun family tradition. But that tradition came to an end on Tuesday, when the team announced that only one practice will be open to the public — at 7 p.m. on Sunday, August 4th, at the Linc — and it will cost $10. (The proceeds will benefit autism research.)

Before 2013, the Eagles practiced at Lehigh University, where fans could stand just a few feet from players and interact with athletes on the field. Those sessions were almost always open to the public and free. When the Birds moved to the NovaCare Center in 2013, they began offering fewer open practices, but there were always at least two.

For many fans unable to afford a ticket to see the Eagles play during the regular season, the open practices were just about the only opportunity to see their favorite players in person. Now that that has been taken away, some took to Twitter to show their frustration.

Not the part about the money going to charity but cmon… WE'RE TALKING ABOUT PRACTICE. https://t.co/27M4lQpO2m

Only one practice …
Man I miss the Lehigh days! This sucks #eagles #youarebetterthenthat

Very disappointed @Eagles I'm All for charity but come one just 1 practice?! It'll be hard to get tickets and not for nothin being a father my 2 kids LOVED visiting the open practices as it would be astronomical for me to take the whole family to a gane.. Y'all can do better 👀

Finding out that the @eagles only have one open practice this year ☹️#bringbacklehigh #wtf #practice #eagles pic.twitter.com/WqPI86aBiK