The university had suspended frat activity and launched an investigation after student publications released a trove of offensive internal documents written by former members of Phi Psi. 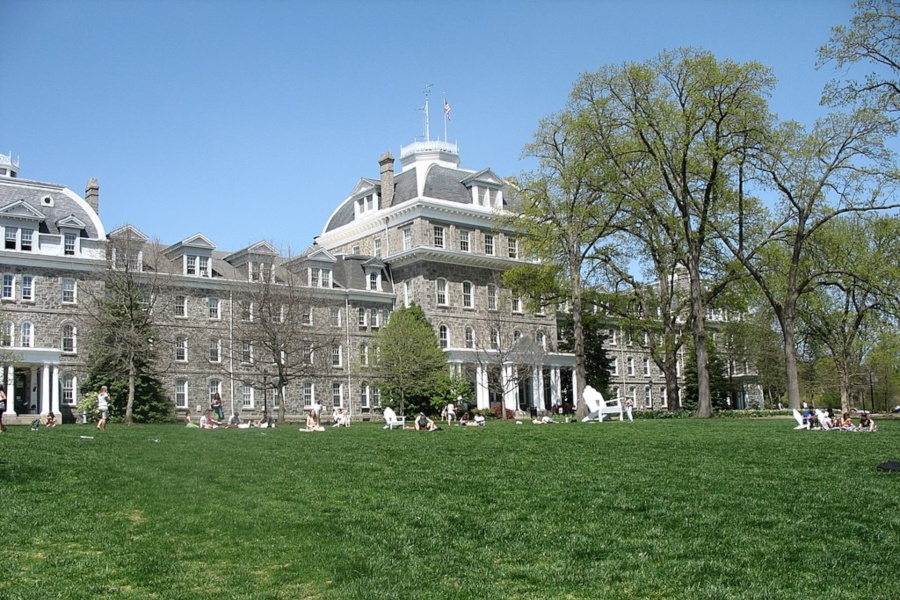 Earlier this month, two student publications at Swarthmore College released a trove of highly disturbing and X-rated internal documents written by former members of fraternity Phi Psi, prompting students to call on the college to shut down its fraternities — which include Phi Psi and one other organization — for good.

Late Tuesday night, after four days of high-profile protests in and around their properties, Swarthmore’s two fraternities made unanimous decisions to disband.

“We cannot in good conscience be members of an organization with such a painful history,” Phi Psi members announced in a Facebook post. “Since the start of our membership, we made it our mission to improve the culture and perception of Phi Psi. Unfortunately, the wounds are too deep to repair, and the best course of action for all those involved is to disband the fraternity completely and give up the fraternity house.”

The documents that sparked the outrage — which eventually expanded beyond the Swarthmore community to notable feminist writer Carmen Maria Machado as well as students at Bryn Mawr and beyond — portray a culture of misogyny, racism, and elitism, which student activists argue are inherently baked into fraternity systems in general.

The student outlets that published the documents, the Phoenix and Voices, said the materials were unsolicited and had been leaked to them in full. The publications said they redacted the documents, which consist of internal letters allegedly written between 2012 and 2016 by then-Phi Psi members.

The letters chronicle the frat’s unofficial meeting “minutes.” They brag of sexual conquests, including references to rape and sexual assault, as well as drug and alcohol use, parties, hazing, and more. They’re chock-full of degrading comments about women, people of color, and LGBTQ people, and they frequently slight ideas embraced by other students at the progressive college, like gender fluidity. They also contain photos of women at frat parties, often kissing or embracing frat members, as well as links to pornographic material. Philadelphia magazine has not independently verified the specific statements and incidents depicted in the material.

Phi Psi’s current members have condemned the letters, calling them “unacceptable” and stressing that current members were “in high school and middle school at the time of the writing of these documents.”

Swarthmore’s other fraternity, Delta Upsilon, also denounced the leaked documents, saying they do not “reflect the values of Delta Upsilon” and that members read them “with total revulsion.”

Delta Upsilon also published a Facebook post announcing its decision to disband on Tuesday night, writing that doing so is “in the best interest of the Swarthmore community” and that members hope “that our former house will provide a space that is inclusive, safe, and promotes healing.”

Swarthmore had suspended all frat activity this past Saturday, shortly after students launched a sit-in at the Phi Psi and Delta Upsilon buildings. College president Valerie Smith said the decision to suspend the frats was made after consultation with an “external investigator.” She added that an investigation was ongoing but did not elaborate on what the probe entailed.

In a statement published on Wednesday morning, Smith said the college respects the fraternities’ decisions to disband, and appreciates “their strong condemnation of behavior” described in the leaked materials.

Smith said the college has not found evidence that any current student participated in the behaviors documents documented in the unofficial “minutes” but that an external investigation is still conducting a review. She added that the university has much “healing” to do.

For years, tension has simmered at Swarthmore over its fraternities and handling of sexual misconduct allegations. Students have long fought to abolish frats at the progressive liberal arts school.

In her statement, Smith said the college is “committed to fully investigating any allegations of sexual misconduct and violations of the student code of conduct that we receive from students or any member of the community. If you have information about an assault or other inappropriate behavior, please report it so we can investigate.”

Meanwhile, the students who fought to shut down the frats — including Organizing for Survivors, which supports survivors of sexual violence — are more than pleased.

BREAKING: DU has disbanded. Students at the sit in gather in the DU courtyard and chant “our house!” pic.twitter.com/qJwErrqL6x