Philadelphians Can Spot a NASA Rocket Launch on Wednesday Afternoon

Here's when to look to the sky. 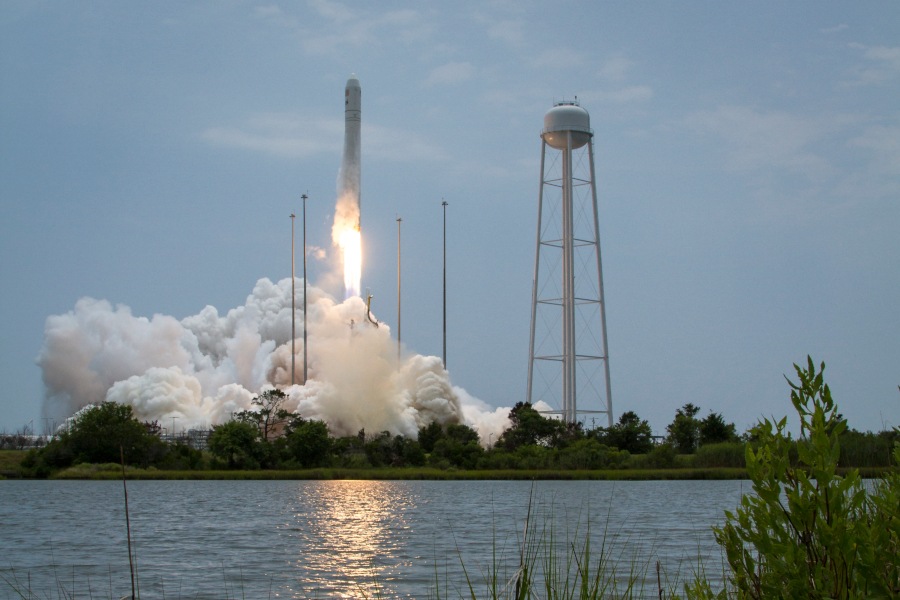 NASA will launch a rocket into outer space from Virginia on Wednesday afternoon, and Philadelphians will get the chance to catch a glimpse of the spacecraft as it ascends.

The missile, Northrop Grumman’s Antares rocket, will take off from NASA’s Mid-Atlantic Regional Spaceport at the Wallops Flight Facility on Virginia’s eastern shore. The launch is going down (or up?) at precisely 4:46 p.m. EST.

The Antares rocket will carry the Cygnus cargo spacecraft to the crew at the International Space Station. It’ll deliver about 7,600 pounds of science research, crew supplies, and vehicle hardware.

NASA has provided a handy map of when you can expect to see the rocket. The numerical values below represent the time (in seconds) after liftoff when the vehicle will become visible. For the Philly region, it’s looking like anywhere between 90 and 120 seconds after takeoff (which, again, is scheduled for 4:46 p.m.). 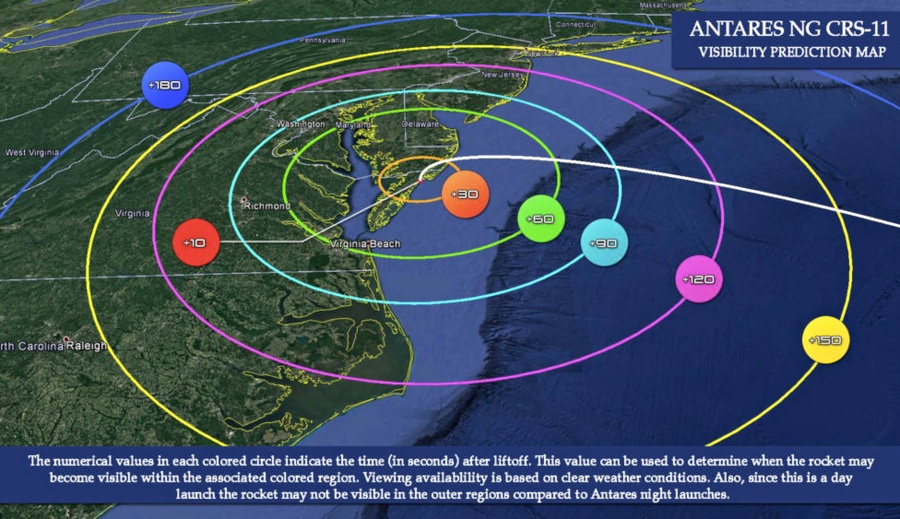 And here’s something really nifty: You can use a compass on the Status Center’s website to find the direction you’ll want to turn to spot the rocket. That can be found right here.

If you get really excited about rockets and want to know more about the launch, check out the online Wallops Mission Status Center. There, you’ll find info about the mission, as well as links to live countdown audio and video of the launch. Coverage of the mission began at 11:45 a.m. on Wednesday. (FYI, the Status Center is not compatible with Internet Explorer. Try using Safari, Chrome, or Firefox.)

You can also view live footage of the launch via ustream or NASA’s website (beginning at 4:15 p.m.). And launch updates will be available via Wallops’ Facebook and Twitter sites.