The Franklin Square Fountain Is Getting a Colorful Upgrade

And it will include timed light shows — just like a mini Longwood Gardens, but closer to home. 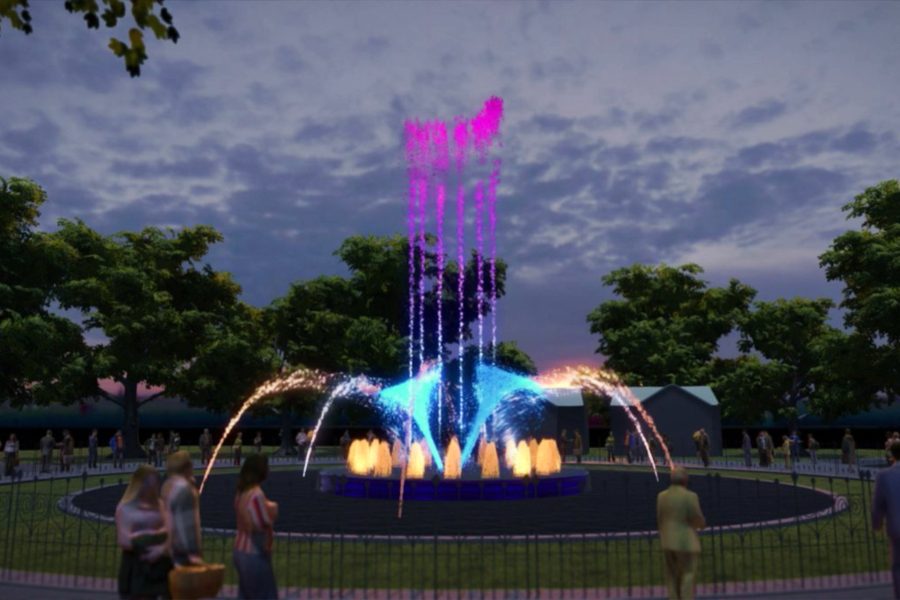 The Franklin Square Fountain is getting a big, beautiful makeover this summer — and plans for the upgrade include timed shows that will basically resemble a smaller version of the Longwood Gardens fountain light performances.

Historic Philadelphia just unveiled renovation plans for the 180-year-old fountain, which (did you know?) is the oldest refurbished and functioning public water fountain in the United States, plus the longest-surviving fountain in William Penn’s original five squares (which also include what we now refer to as Rittenhouse, Washington Square, City Hall and Logan Circle).

This summer, the Franklin Square Fountain will be transformed into a “multi-dimensional water show” that includes music, lights, and choreographed jet patterns, according to Historic Philadelphia. It will include not one, not two, but five different water effects: air-powered nozzles, geysers, swivels, three-axis fan nozzles, and variojets. Not sure what any of those will actually look like? Here’s a video!

The Franklin Square Fountain has been renovated several times since its construction in 1838, a year after Philadelphia City Council requested a fountain of “grand dimensions.” Historic Philadelphia said, “Without a doubt, the Franklin Square Fountain Show will be bigger, grander, and more dynamic than anything the City Council of 1838 could have dreamed of.”

Franklin Square Park will launch its 2019 season with the long-running Philadelphia Chinese Lantern Festival starting on May 1st. Eighty free events and programs will take place throughout the remainder of the year. For more information, visit the website for Historic Philadelphia.