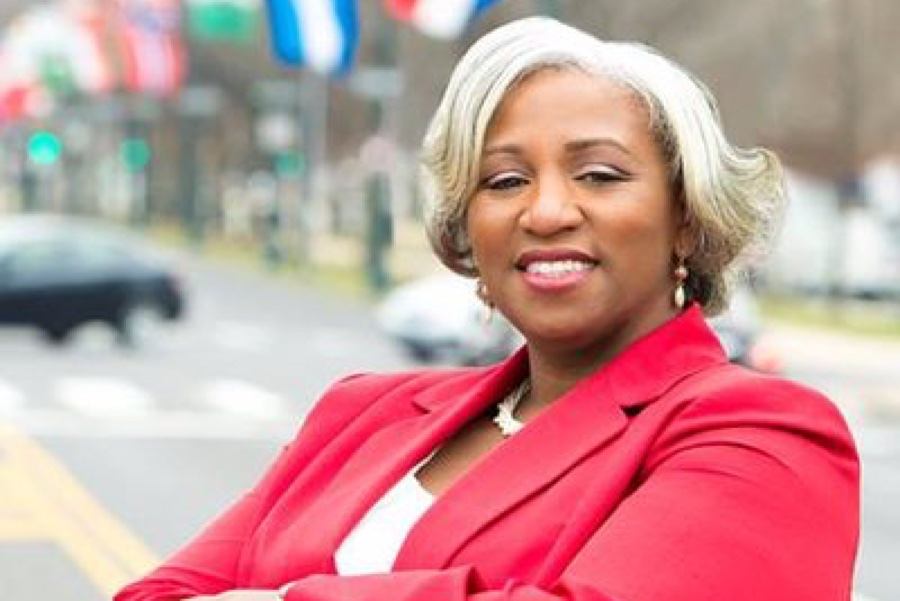 Amid public accusations of racial and personal bias, AFSCME District Council 47, the union that represents primarily white-collar city employees and supervisors, declined on Thursday night to endorse its current vice president, Ethelind Baylor, who has touted her union bona fides in her campaign for an at-large City Council seat.

“The meeting was a circus,” said Bob Coyle, president of the Local 2187, the largest voting delegate bloc among the eight labor groups represented under District Council 47. “There was a lot of animated discussion surrounding Ethelind, but in the end the union made the right decision to not endorse her.”

The vote took place in the aftermath of a March 25th open letter to Coyle from Baylor’s campaign manager, former Local 2187 delegate and District Council 47 retirees chapter member Wilfredo Rojas. In the letter, which was mailed to voting delegates, Rojas claims that Coyle has a “steadfast opposition to Sister Baylor’s candidacy for City Council at Large” and accuses Coyle of referring to her and other labor leaders of color as “pieces of shit.”

“Yes, I did call Ethelind a piece of shit, but I’ve also called President Trump the same as well … this isn’t racial,” said Coyle, who lost to Baylor in a 2016 race for the District Council 47 vice president role. “I shouldn’t have said it that way, but race isn’t the issue. Even if Ethelind was as Irish as me, I still wouldn’t support her because she’s not qualified to be a City Council member.”

Coyle, who further characterized Baylor as “attractive, articulate, but an empty suit,” said he did not voice any opinions during Thursday night’s endorsement meeting and pointed to Baylor’s failed Local 2187 presidential bid against him in 2018 as an example of “the union’s voice against her.”

“We have just as many members of color within the Local 2187 as we do white,” Coyle said. “I got an overwhelming number of votes more than she did. That should tell you something about how the delegates feel about her.”

“I stand by my letter because it speaks to the racial bias and issues happening in the union,” Rojas told Philadelphia magazine. “Ethelind Baylor is a black woman who has served this union well, and to be disrespected like this by a white member is telling of the diversity and inclusion issues that are within the labor movement in this city.”

Some delegates of color who attended the meeting had mixed views on the union’s decision to reject an endorsement of Baylor.

“I voted against Ethelind last night because I didn’t feel she has fought for laborers as much as she now campaigns for in her race,” said a black delegate from the Local 2186, the second-largest delegate pool in District Council 47. “It’s one thing to run a political campaign based on ideas. It’s another to actually do the work required.”

“I left before I could even vote because the writing was on the wall,” said another delegate of color from Local 2187. “I would have voted for Ethelind, because she is a black woman in the tough politics of labor leadership. [But] personally, I knew that if I voted against the status quo, there may have been consequences. What’s the point of fighting against what’s inevitable? It was clear she was going to lose.”

Baylor declined to comment on the specifics of Thursday night’s meeting and Rojas’s letter, but sent Philadelphia magazine the following statement:

“While our campaign is disappointed with the actions of the leadership of locals 2187 and 2186 in their success in denying me an AFSCME DC 47 Delegate Assembly ratification of the strong recommendation of our PEOPLE Committee endorsement of my candidacy for City Council at Large, I am encouraged by the strong support I have from the membership base of these two locals. The AFL-CIO endorsement, the major labor union entity, that serve as the umbrella for all private and private sectors employee. Personal animosities, driven by a thirst for power by a small nucleus of these wayward locals only strengthen my resolve to continue to amass endorsements from other labor and community groups who believe in a strong Philadelphia, where workers are respected and the needs of neighborhoods throughout Philadelphia are addressed in partnership with neighborhood leaders.”