And nobody wants to play for manager Gabe Kapler, either. We’re just happy the Phillies are again relevant enough to warrant hatred. 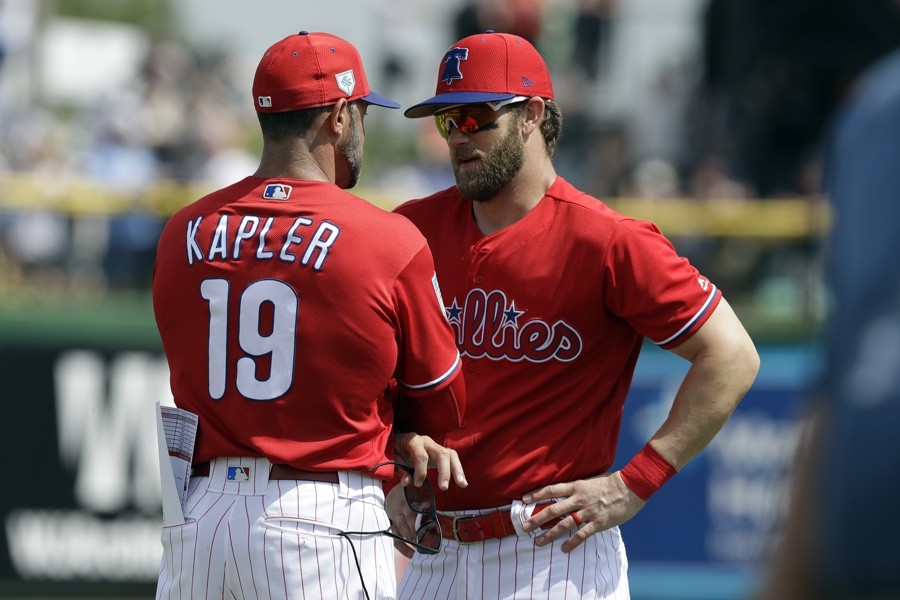 It’s an annual tradition on the eve of the baseball season — which begins for the Phillies on Thursday afternoon: the anonymous players-tell-all poll where they get to gossip about their peers and share their dislike. It can be somewhat of a breath of fresh air to read what players, usually protected from the media by chainmail fashioned of clichés, really think. Although it’s also more than a little ironic — the polls are essentially an admission by the sports media that they can’t really get the players they cover to speak their mind any other way.

This year, according to one such poll — administered highly unscientifically, we’d like to add — from the Athletic, Major League Baseball apparently hates the Phillies. Bryce Harper, our very new, very rich superstar, was voted the most overrated player in the entire game, receiving 62 percent of the votes! (The next-closest player got only 4 percent of the total.) It’s not exactly surprising — what with Harper’s $300 million-plus contract.

“It’s marketing, it’s star power,” one anonymous player griped to the Athletic. Money can’t buy happiness, but it sure can buy a hefty dose of resentment.

Harper should be used to this dance by now. He was voted most overrated last year in the same poll, and at least two other times during his tenure with Nationals in an ESPN the Magazine tally. What’s interesting, this time around, is that the rains of resentment are falling on more than just Harper, the figurehead — Phillies manager Gabe Kapler also “won” the honor being named least desirable manager in the league.

There are two ways to take this news: Either as a sign of the Phillies’ undesirability, or, more optimistically, as one of the team’s renewed relevance.

You have to remember, Major League Baseball players are incredibly petty. (This is a sport, after all, where the “unwritten rules” dictate you can intentionally hit other players when you’re feeling aggrieved.) In other words, Harper, Kapler, and the Phillies should really take these results as a compliment — because if you’re being hated, it’s actually a sign of respect. No one despises perennial bottom-feeder teams like the San Diego Padres — no, people direct their ire toward squads like the Yankees, with their 27 World Series titles. And now the Phillies! (We have fewer championships, sure, but we could get a good bit closer to the Yanks by the time Harper’s 13-year contract is up!)

So don’t take this too personally. It’s more fun to be hated than loved, anyway.