The pundit talks about the comments that got him in hot water with CNN and the polarization of public discourse. 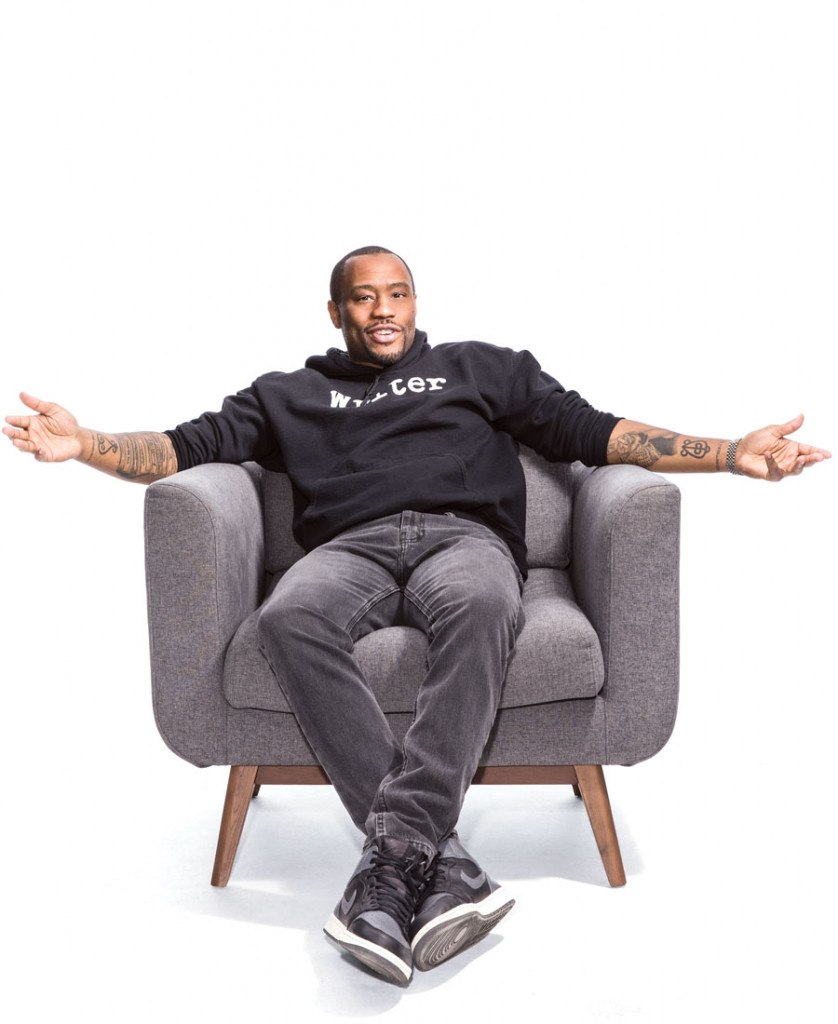 The Rundown
Age: 40
CV, abridged: Professor, Temple’s Klein College of Media and Communication; author, four books, including New York Times best-selling Nobody; columnist, Daily News, 2011-2012; television pundit, Fox News (2008-2009) and CNN (2014-2018); owner, Uncle Bobbie’s bookstore in Germantown.
Latest controversy: Fired from CNN and criticized by Temple’s board of trustees after he used a phrase in a speech about Palestine that critics called anti-Semitic.

How has polarization affected public discourse in our society?
The current political climate and media climate have created the condition where we think that everything has to be polarized, where we can’t have a dialogue and wrestle with these ideas and arrive at a new place. It’s like pro wrestling: There’s a good guy and there’s a bad guy, and somebody’s got to win.

You’ve spent a lot of time on networks like Fox News and CNN. Many people would say they’ve contributed to that style of adversarial talking at each other.
I think cable news in general has made debate a form of entertainment. And in a three-minute debate, there’s no space for complexity or nuance.

You recently ended up in some hot water for a speech you gave at the United Nations where you called for a “free Palestine from the river to the sea.” Some have associated that phrase with anti-Israeli terror groups. Patrick O’Connor, chair of Temple’s board of trustees, called your comments “disgusting” and seemingly advocated for you to be fired. How did it feel to have your institution attacking you like that?
I don’t necessarily use the language “attack.” But I would say I found the university’s response disappointing. The board members who responded to my comments — I didn’t agree with their interpretation. I had an ideological difference with them. But at a broader level, I disagreed with the idea that the board should intervene and police ideas and speech in the way that it did.

You did have defenders — including one who noted that Israelis have also used this phrase.
Every day. Everyone uses it. It’s a commonly used phrase. It’s as commonly used a phrase as “black power.”

You talked earlier about the good guy/bad guy dichotomy in discourse. Did you feel like you were falling victim to that?
Oh, absolutely. But it wasn’t just good guy/bad guy. It was the fact that I think many people responding weren’t familiar with the conflict. It wasn’t that they heard that and were like, Oh my God, you just said something that triggered me. It was more they read a headline that said that I did something awful. They then read what’s in the story through the lens of the person who already told them that it’s awful. And then an opinion is formed. And that’s how things often happen. I’m not blaming people for doing it. That’s the world we live in.

In 2017, you co-wrote a book called Gentrifier. Now you’ve taken this job at Temple, which has a reputation for being a major gentrifier in its community. Do you reconcile that with working at Temple in any way?
“Reconcile” might be ambitious. I wrestle with it. Universities are problematic. All institutions are problematic. My goal with any institution is to be a dissident voice, a voice in the wilderness. If I leave the university, and all the good guys leave the university, then what’s left?

It sounds like a similar rationale for why you go on these talk shows.
Yeah. The world’s a fucked-up place, and we have to figure out a way to make it better, in real time. We gotta work through the muck and the mire and figure something out.

Published as “Express Yourself” in the March 2019 issue of Philadelphia magazine.