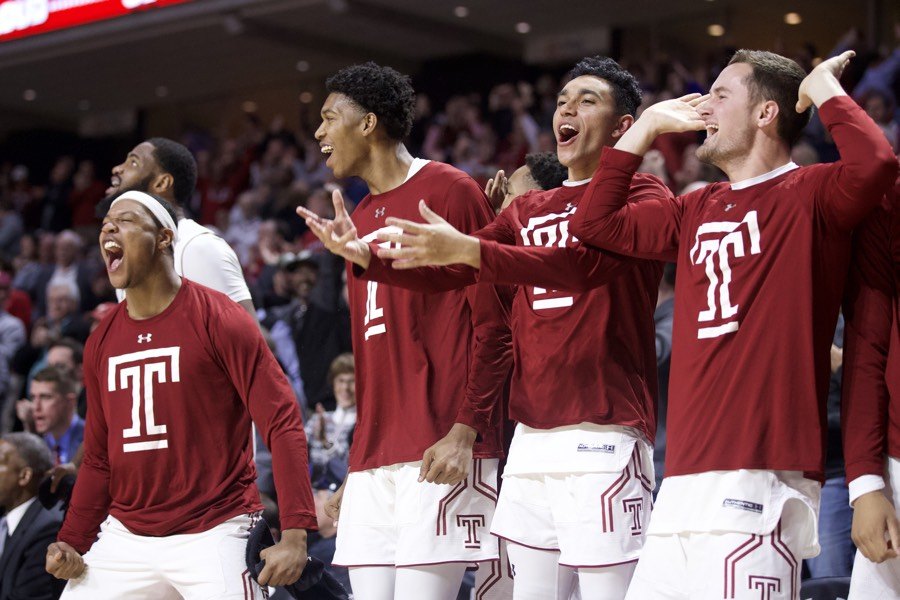 If you tuned into Wednesday night’s Sixers game because the team’s blizzarding of the Wizards on Tuesday whetted your appetite for the back-to-back rematch, we hope you had the good sense to switch over early to Temple’s Liacouras Center matchup with 17th-ranked Houston, because that Sixers game was a pig in a poke. Temple, though, which stood at 11-3 before the game and is charging through Fran Dunphy’s final season as head coach, battled from behind again and again (unlike their pro counterparts) and rather unexpectedly took the Cougars into overtime before handing the big cats their first loss in an otherwise untarnished season. (While looking up these links, we happened on a bit of trivia: A 1963-’64 TV series called Temple Houston was ((very)) loosely based on the life of Republic of Texas president Sam Houston’s circuit-riding-lawyer-son by that name. But we digress.) In the thrilling literal last second of overtime, with Temple leading 71-69, Houston’s leading scorer, Corey Davis Jr., plowed down the lane into Owls center Ernest Aflakpui, whose name we’ve had four years to practice saying. The whistle blew, and all over the Delaware Valley, fans’ hearts stood still. Was it a blocking foul? Just breathe … No! As the replays clearly showed, it was a charge on Davis! Temple wins!!! Now, that’s a basketball game.

The Owls then went on to knock off South Florida in overtime on Saturday, 82-80. Hoot!