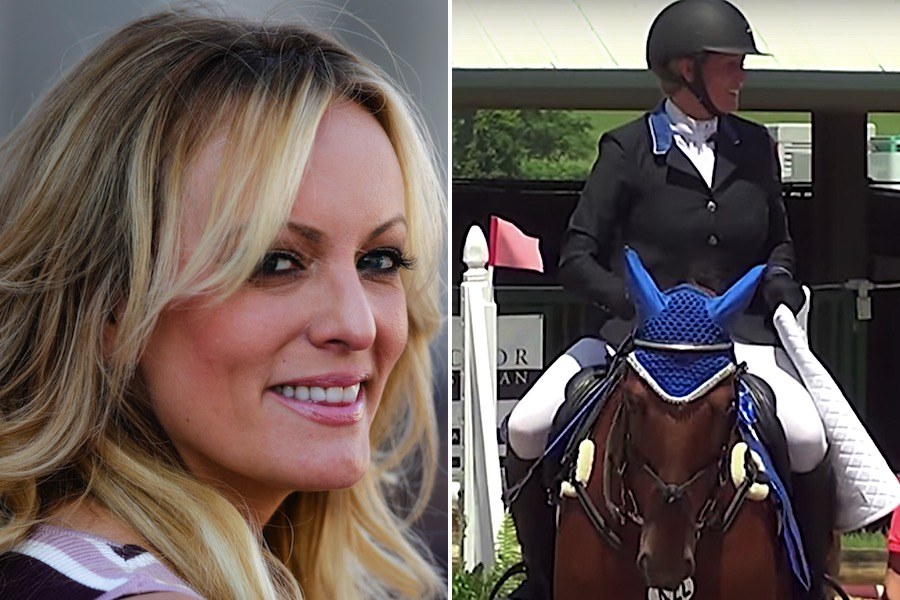 Yes, we know that the country is in turmoil. Yes, we know that there’s a government shutdown. Oh, and yes, we realize that all that most people in Philly really care about right now is this Sunday’s Eagles-Saints game. But, well, we don’t often get real, er, celebrity news in this town, so when we heard some rumors about Stormy Daniels house hunting in the Philadelphia suburbs, we just had to know more.

But to properly understand why on earth Daniels would possibly want to move into the Philadelphia area, you need to understand a bit about her horse habit.

It turns out that 39-year-old Daniels, née Stephanie Clifford, is not just the world’s most famous adult film star. She’s also quite the equestrian, which adds some irony to the fact that Trump once repulsively called her “horseface.”

But she doesn’t ride under the name Stormy Daniels. She uses the name Stormy Crain (her soon-to-be ex-husband is Glendon Crain), and she posts photos and videos of herself on horses, such as the one below, on a private Instagram account.

In 2018, famed photographer Annie Leibovitz photographed Daniels on a horse for a Vanity Fair feature, and the caption noted that the location of the shoot was West Grove, a tiny borough (population under 3,000) in the rolling horse country of Chester County.

That horse is managed by Schramm Equestrian, which is based out of True Prospect Farm in West Grove during the summer season, and here’s a shot that trainer (and Daniels pal) Jimmie Schramm posted of her and Daniels riding horses in Chester County last July:

We’ve spoken with two well-placed sources in the horse-training community out that way, and both say that Daniels not only rides in the West Grove area in the summer, but she also boards some of her own horses nearby. And lately, three folks in or near West Grove told us, the area has been abuzz with stories about Daniels house hunting there.

“She is looking to buy a place in our neighborhood,” one resident, who is very involved in the Chester County horse scene, says

We requested an interview with Stormy Daniels through a publicist at St. Martin’s Press, her publisher, earlier this week, and then we reached out to her directly via email on Wednesday morning, but she did not reply by the time we ran the original version of this story. But then, she sent us a tweet addressing the rumors directly:

This is 100% false in every way…right down to the name of the horse. I was strictly in town for the shoot. Terrible reporting. Zero fact checking.