One of Us: Blanka Zizka

The groundbreaking co-founder of the Wilma Theater tells us about fleeing her homeland, her fateful encounter with Martina Navratilova, and how she came to pay $1-per-month rent on Broad Street. 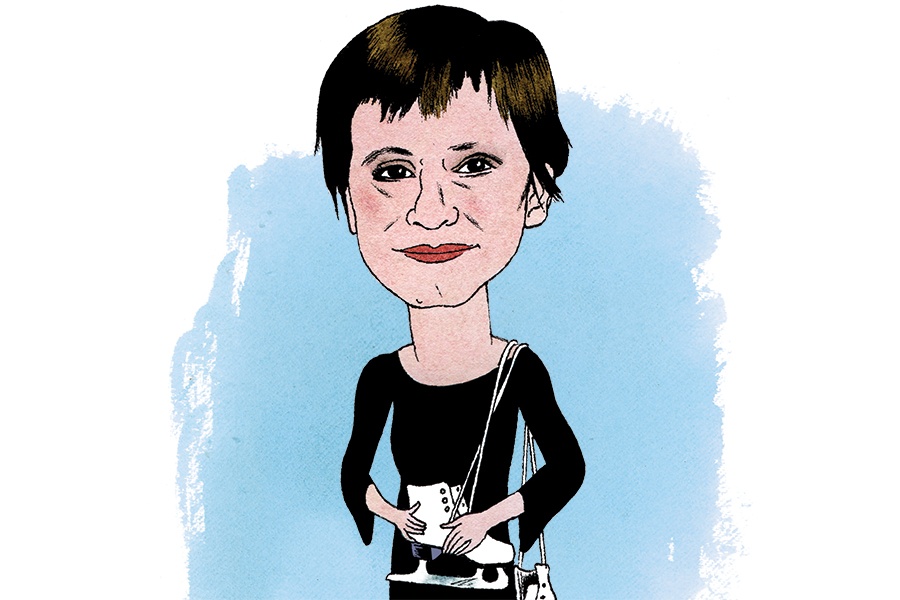 I grew up in … Mladá Boleslav, a small town in Czechoslovakia. I left there in 1976 because our underground theater was shut down by the government. I went to Germany and got asylum.

I came to Philly … in 1977. I didn’t know anything, didn’t speak English, didn’t know how to mail a letter, and I had a nine-month-old child.

Theater audiences these days … seem to want to have more fun, to escape, not to be forced to watch difficult plays with difficult messages, because we are living in a very challenging time.

My relationship status is … happily single.

For my 65th birthday this August, I hope to … spend time traveling with people I love.

Philly theater today is … exciting. There are a lot of young companies and performers, like Lightning Rod, Applied Mechanics, Bearded Ladies, Orbiter 3, Jennifer Kidwell and Sam Tower, who are doing wonderful work.

My favorite movie about the theater is … Shakespeare in Love.

The last time I owned a car was … 1990, a Volvo. I live next to the theater and spend so much time working, so I don’t need a car. And I bike. And when I go to New York, I use public transportation.

When I want to relax … I take the train to the last Chestnut Hill stop and hike down to Fairmount Park.

The most beautiful public space in Philadelphia is … Reading Terminal, because of the mixture of people, the energy in the space. It’s inviting.

When I want to go out with friends, we usually wind up at … Tria on Spruce or Franky Bradley’s.

Facebook is … annoying. I’m really only on it to talk about the Wilma and my projects, not about myself.

The first play I ever directed at the Wilma was … Animal Farm, in 1979, back when we just did shows at different places around the city. Then we opened a theater on Sansom Street in 1981, and we moved to where we are now in 1996. It was a parking lot before that, and Mayor Rendell convinced the developer to give us a $1-per-month lease for 100 years.

The next play I’m directing is … Romeo and Juliet, which will be staged with a rock-and-roll band. This is a play about rebellion, which isn’t surprising, since Shakespeare was only 29 when he wrote it.

For my last vacation, I went to … Verona, in July, to see the city for the play, and Greece and the Czech Republic to see my family.

People would be surprised to know that I … was a competitive figure skater as a child and played Martina Navratilova in tennis when I was 17. I lost. That’s why I’m in theater and she became a famous tennis player.

My junk-food obsession is … chocolate, but not really. I don’t get addicted to or obsessed with things. I used to smoke and never bought a cigarette, because I never needed it.

The state of politics today makes me … sick, angry and desperate. It makes me want to produce theater I’m afraid people don’t want to see. It’s the same way right now in the Czech Republic. The middle class is falling apart; people are divided. There’s no middle ground; it’s not possible to discuss things.

Published as “One of Us: Blanka Zizka” in the January 2019 issue of Philadelphia magazine.