Defending Bill Cosby Does Nothing to Protect Black Men

The disgraced icon deserves to serve time for being a sexual offender, and his sentencing should not be misrepresented as a racial injustice. 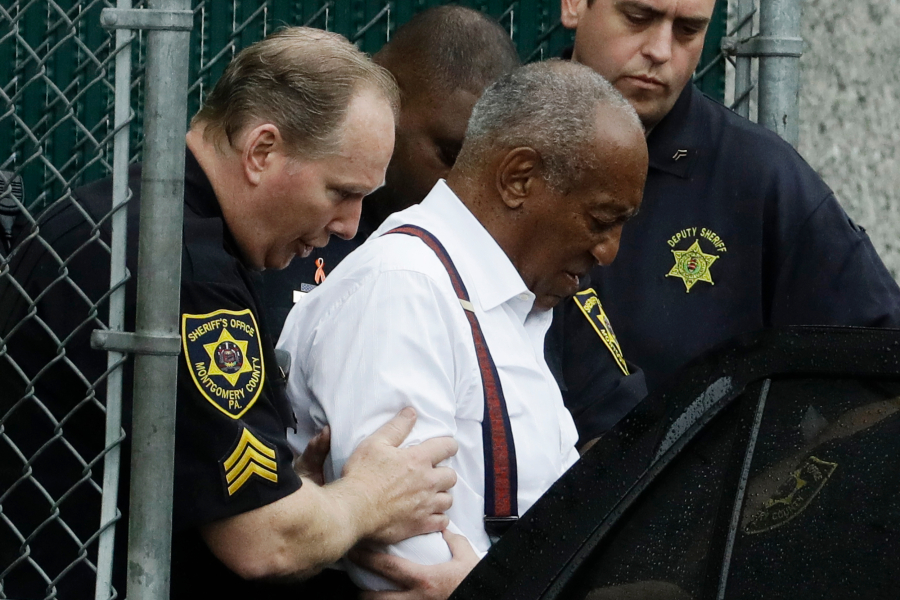 On Tuesday afternoon, I, like the rest of America, was on the edge of my seat awaiting the conclusion of Bill Cosby’s sentencing hearing. After decades of allegations, America’s favorite TV dad was sentenced to 3 to 10 years in state prison for drugging and molesting Temple University employee Andrea Constand at his home in Cheltenham in 2004.

It was a long time coming for a man accused of sexual misconduct by more than 50 women. As a feminist, I was relieved to see women get the justice they deserve and encouraged that the #MeToo movement finally saw its first major Hollywood culprit face prison time.

But as a Black male, I must inevitably confront many complications while celebrating justice for these victims. My social media is rife with Black people my parents’ age mourning Cosby’s disgraced legacy instead of showing compassion for the victims. I was reminded by several on my timeline that most of his accusers are white women, and that white men still have not paid the consequences of their actions in the same way that Cosby has. I was told there was a “conspiracy” to punish Cosby for his success and entrepreneurial goals, such as trying to buy NBC.

As a Black man, I occupy space within the criminal justice system that is a historical target for racial bias. That being said, I also recognize the abuse of power across all racial and gender identities. Every day I feel the pressures of navigating a society in which my identity is stereotyped as being criminal, sexually aggressive, and predatory. And yes, there is a long recorded history of white women abusing their privilege and fragility to enact danger upon Black people.

But Cosby isn’t the victim here. He is a multimillionaire whose use of his financial and social capital and influence turned from public service to harming others. The same man who lectured us on Black decency and respectability was also the same culprit who sexually terrorized innocent women. He’s a Dr. Jekyll and Mr. Hyde in the flesh, a man who did well and also inflicted horror.

Race complicates things because we know firsthand that Black people are punished for crimes faster and more frequently than their white counterparts. But fighting for a more just system should not include defending legitimate culprits. If we can’t learn how to separate the two, we are bound to misrepresent an entire group of men who have endured far too much marginalization as it is.

To those within the Black community and beyond who are choosing to defend Cosby in order to protect Black men, you’re doing the total opposite. What you are suggesting is that Black oppressors are still worth our saving. They are not. No man who abuses women, regardless of his race, is worthy of our sympathy. When we compare the punishment of a man who was rightfully convicted of a sex crime with the daily racial injustices so many Black men must endure, we dilute the movement.

Rather than use Cosby’s sentence to point out the countless white men who have yet to face similar repercussions, we should actually take this time to consider the countless victims who have been deeply affected by all of this. If you care more about Cosby’s tarnished legacy — one that he ruined himself — than you do about his accusers, ask yourself why (and know that this is part of the reason why people don’t report sexual abuse.)

Like Bill Cosby, I am a Black man. But unlike him, I am not drugging women and sexually groping them. You can advocate for me to have justice in society without feeling the need to use his situation as a talking point. Law-abiding Black men deserve better than to be often used as props to defend terrible individuals. The same manipulation of others in trying to misrepresent our struggle to defend Bill Cosby is only producing more victims — and this time, it’s those who look like him.