Stephen Fried on Our Other Big Ben

In his new bio on founding father and revolutionary physician Benjamin Rush, the decorated journalist argues it’s not all about the Franklins. 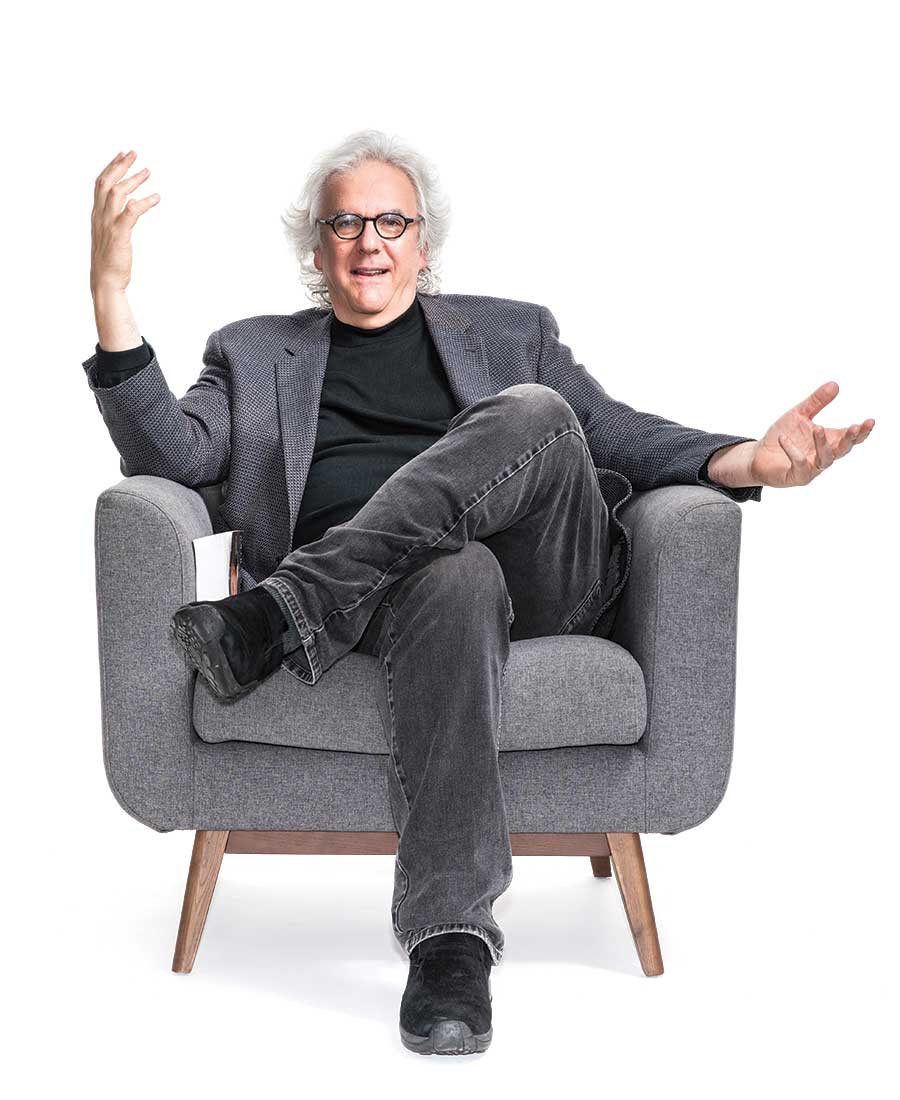 We’re sitting on the Benjamin Rush bench at the Christ Church Burial Ground, five feet from the tomb where Rush was buried. How does it feel to be in such close proximity?

When you’re working on a book, you don’t really come to know the person the way you want to know them until it’s done. And I haven’t been back here in a little while, so it’s cool. I hope that Rush is the next founding father that people get caught up with. Rush was as big a deal as all these founding fathers, but his legacy was really quashed.

You quote a letter that John Adams wrote that said, “Dr. Rush was a greater and better man than Dr. Franklin: Yet Rush was always persecuted and Franklin always adored.” Why did Franklin get lionized as opposed to Rush?

It shouldn’t be either/or. But the truth is that Rush was not as smart politically as Franklin. I think somehow Philadelphians have gotten in their head that they have to pick between the Benjamins, and Franklin’s better known.

Rush was criticized for his use of bloodletting.

I think it’s sad that Rush is taking the whole brunt of bloodletting, as if he invented it. During the height of the yellow fever epidemic, no one knew what to do.

You write that Rush viewed the nascent American project through the lens of medicine. How do you think he would diagnose the present situation?

I think that he would be less surprised than we are. I started this book during the Obama administration. As the election came, and as things in the country got more bifurcated, you sort of ask yourself: What would the founding fathers have said? I think they would have been surprised that we thought there weren’t these kinds of divisions.

How do you square Rush’s pro-abolition writings with the fact that he himself owned a slave?

We have no idea why he bought that slave. One of the hardest aspects of writing about someone who lived for a long time is accepting the possibility that they changed, or that life changed. He eventually gets back involved in abolition and fills out documents to free his slave. I think you have to separate out a guy who had one slave during maybe a nine-year period, and people like John Dickinson or George Washington, who had huge businesses that employed slaves.

So you see a difference between them and Rush?

Look, I’m not here to judge. What I’m here to do is provide facts.

There are so many hagiographies of the founding fathers, but then you see in your book from the letters they’re writing that they’re insecure, they’re petty, they’re often not confident that this revolution is going to work.

I know. I love that. It has to be truer!

Everyone asks, “What would the founding fathers do?” to apply to the current moment …

And what’s the answer? They would argue about it a lot!

But remember: They did make the decisions. I think what’s cool about America is that once you take these people off a pedestal, they still did write the Declaration of Independence. They still did start a war that created republican democracy.

Published as “Stephen Fried on Our Other Big Ben” in the September 2018 issue of Philadelphia magazine.