The latest first-round-Sixer-pick injury is being greeted with some, uh, skepticism … 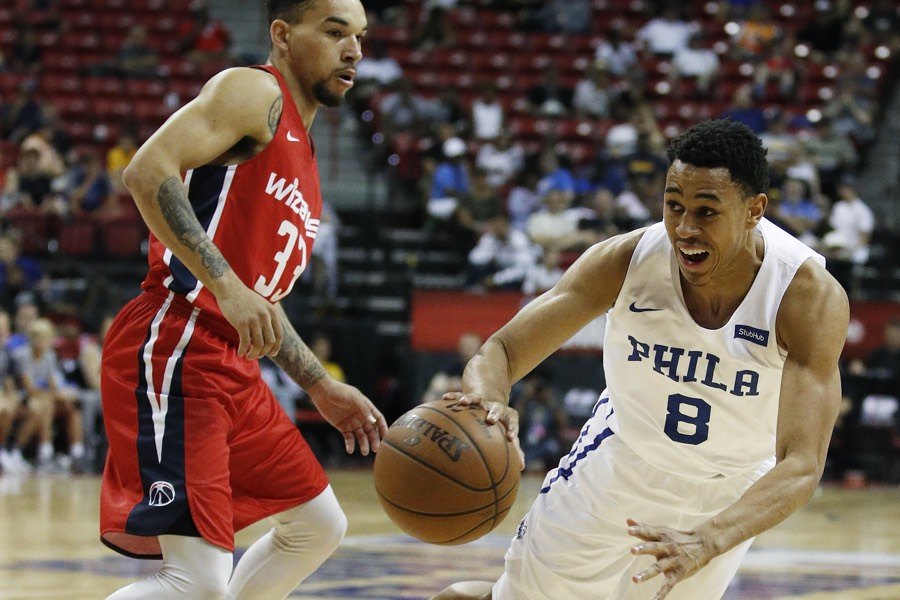 On Monday, while participating in a developmental-league game in Las Vegas, Sixers rookie Zhaire Smith fractured his left foot badly enough to require surgery. In most NBA cities, this would be considered a setback, if not a disaster. But Sixers fans took the news with aplomb. This is, after all, a team with some history when it comes to the health of its first-round draft picks. In 2014, the Sixers went for Joel Embiid, who sat through two entire seasons due to a broken bone in his right foot. Then came Jahlil Okafor, who tore his meniscus. The next top pick was Ben Simmons, who rode the bench for a season through his right-foot fracture. And then there was Markelle Fultz, who had something go wrong with his shoulder, or maybe it was something a little higher up, last year. And now Smith? What rotten luck this team’s rookies have had!

Still, some outsiders saw something, well, hinkie in the injury news, which was first reported by Yahoo Sports’s Shams Charania on Twitter. The responses to his tweet were a shade, shall we say, suspicious. “Bro it’s simple. They’re red-shirting players. They force the players to fake injuries so the players can train with the team and get NBA-ready bodies and minds,” one skeptic responded. “ALL the ROY awards,” another sneered. And yet another: “wtf Philly, If you wanna red-shirt rookies, you don’t have to do all this.” Then there was this gem: “Not even upset, it’s just initiation at this point. 2020 ROY confirmed.” One wag posted a GIF of Tevye in Fiddler on the Roof proclaiming “Tradition!” Yo, what can we tell you, dudes? We just trust the process! And hey, get well soon, Zhaire!