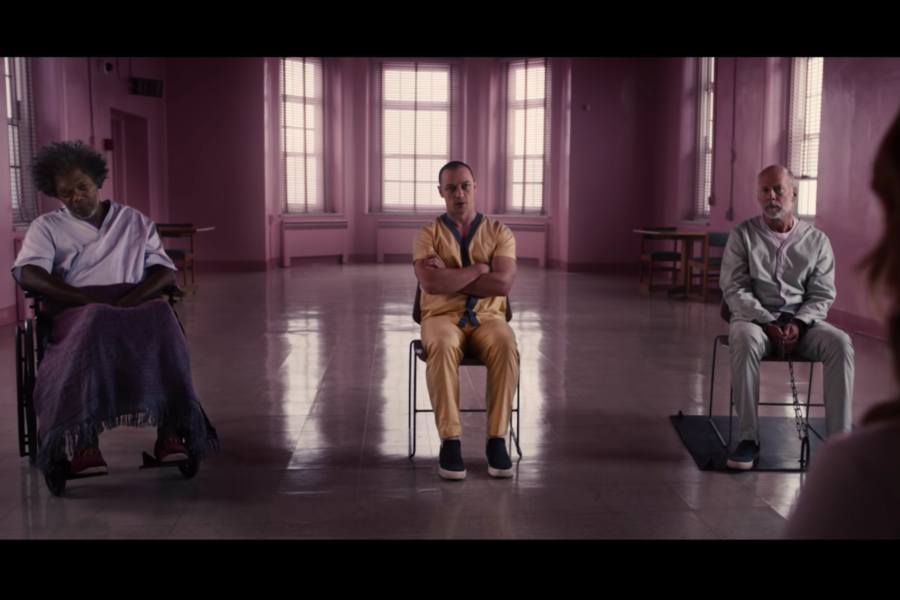 The trailer for M. Night Shyamalan’s latest flick, Glass, was released at last on Monday.

The film will feature the characters and colliding worlds of the director’s films Unbreakable (2000) and Split (2016), as teased in the ending of the latter.

Like many of Shyamalan’s films, Glass was filmed in Philadelphia, so you’ll see a few familiar sights in the trailer — like 30th Street Station, the Broad Street Line, Old City comic shop Brave New Worlds and a few views of the skyline, of course.

The trailer opens with Sarah Paulson, who makes her debut in the series, playing Dr. Ellie Staple, a psychologist who explains her role in the film right off the bat:

“My work concerns a particular type of delusion of grandeur. It’s a growing field. I specialize in those individuals who believe they are superheroes.”

We’re then given our first view of Shyamalan’s trio of “superheroes”: James McAvoy, who plays Kevin Wendell Crumb in Split, and Samuel L. Jackson and Bruce Willis, who play Elijah Price (or Mr. Glass) and David Dunn, respectively, in Unbreakable.

Before long, Paulson says, “The three of you have convinced yourselves you have extraordinary gifts, like something out of a comic book.”

What follows is a more in-depth look at each of their characters — including several disconcerting shots of Crumb, who suffers from an extreme case of Dissociative Identity Disorder, and a clear focus on Mr. Glass (as the film’s title would suggest).

Universal Pictures unveiled the trailer for the highly anticipated film at the San Diego Comic-Con this past weekend. So far, it’s been received pretty well. Rolling Stone has called it “gripping,” and the Hollywood Reporter said it looks like Shyamalan’s “most complex film yet.” HuffPost said the trailer for the “alt-superhero” sequel “has left us all shattered — in a good way.”