The deputy was trying to break up a fight between two men when the dog attempted to attack, according to the Sheriff's Department. 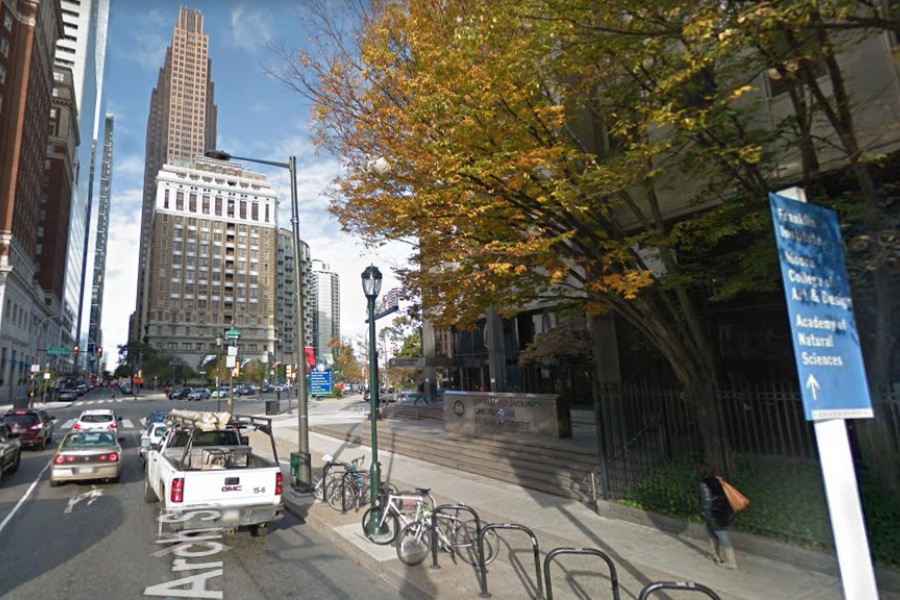 16th and Arch streets via Google

A Philadelphia sheriff’s deputy shot and killed a dog that lunged at him when he tried to break up a fight on Monday in Center City, according to the Sheriff’s Department.

The incident occurred around 8 a.m. at the intersection of 16th and Arch streets, near LOVE Park and the Benjamin Franklin Parkway.

Police say the sheriff’s deputy was attempting to stop a physical fight between two men at the time of the shooting. A spokesperson for the Sheriff’s Office said that one of the men — who was reportedly experiencing homelessness — had his dog tethered to his backpack. At some point during the argument, the spokesperson said, the man removed the backpack. Then the dog reportedly lunged at the deputy when the deputy attempted to get involved.

The deputy fired two shots at the dog, killing it. The spokesperson for the Sheriff’s Department said the deputy fired because “there was no question” that the dog was going to attack.

Photos of the aftermath of the incident circulated on social media. One post showed the man clearly upset beside the body of his dog.

The Sheriff’s Department spokesperson said the fight between the two men was the result of a complaint about a robbery. The incident is being investigated by the Sheriff’s Office.