Warning: Don’t Touch This Plant If You See It

Giant hogweed can cause painful blistering, permanent scarring, and blindness. Here’s how to identify it. 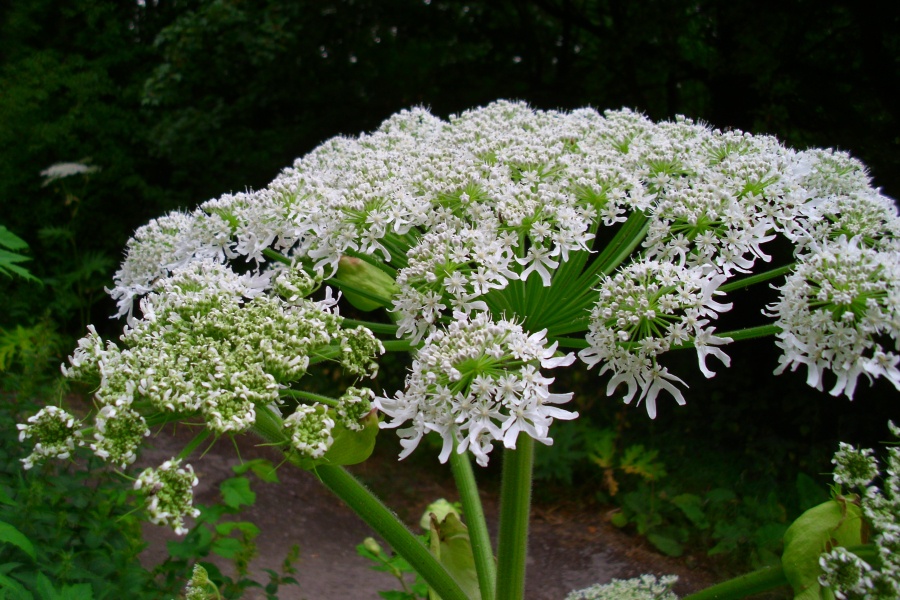 Consider it worse than poison ivy.

Giant hogweed — an invasive plant with sap known for inflicting skin and eye irritation, painful blistering, permanent scarring, and blindness — was first spotted in western Pennsylvania in the 1980s.

It’s since moved east, with more than 500 recorded sightings in more than a dozen counties, including Berks and Chester. A spokesperson with the Department of Environmental Protection said via email that the agency has eradicated the plant in all but 40 sites. The Department of Agriculture is currently following up on recent sightings in northwestern Pennsylvania.

Giant hogweed comes into full bloom in mid-summer — so you should know how to identify the plant and stay far, far away. The Washington State Noxious Leaf Control Board describes giant hogweed as a perennial capable of growing 15 to 20 feet high, with stout dark reddish-purple spotted stems and leaf stalks that produce sturdy bristles. It also has broad, flat-topped clusters of small white flowers. The clear, watery sap of the noxious weed becomes dangerous to humans when exposed to moisture and sunlight. Beware of brushing against the bristles on the stem of the plant or breaking its stem or leaves.

Here are some photos of giant hogweed:

Be careful if you encounter this invasive plant! The clear watery sap of Giant Hogweed contains toxins that can cause dermatitis (inflammation of the skin). It can cause burns if you get the sap on your skin and the skin is then exposed to sunlight. pic.twitter.com/zg2XB30gtN

As summer heats up and hikers are taking to the trails, please be aware of this poisonous plant that can cause 3rd degree burns. It has been spotted in VA. There are no known Giant Hogweed plants in Arlington, but if you come across a plant that looks similar, do not touch it. pic.twitter.com/3gj9wMZZQB

Giant hogweed is native to the Caucasus mountains (a mountain range between the Caspian and Black seas in West Asia), but recently it’s been spotted in New York and Virginia as well as Pennsylvania. It favors areas with lots of light and moist soil.

Per the New York Department of Environmental Conservation, giant hogweed can cause:

Isle of Wight County in Virginia posted photos to Facebook of some reactions to the plant — and they don’t look pretty.

If you come in contact with giant hogweed, be sure to immediately wash the affected area thoroughly with soap and water, and keep it away from sunlight for 48 hours. See your physician.

If you think you’ve found giant hogweed, don’t touch it. Call the Pennsylvania Department of Agriculture at 717-787-7204 — a botanist from the department will work with you to eradicate the plant.