The prize, named for the award-winning historian, will celebrate “outstanding contributions to the field of American public history.” 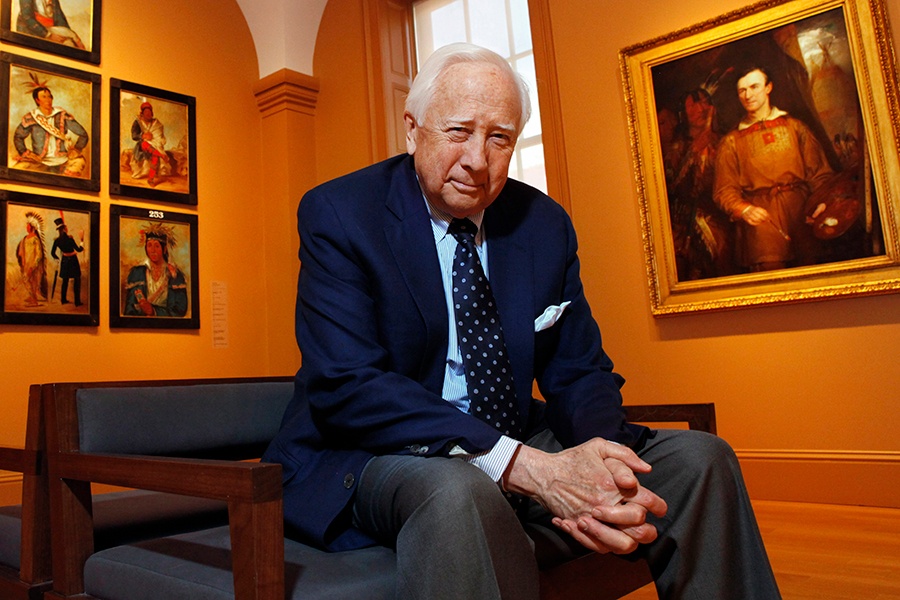 Historian David McCullough at the National Portrait Gallery in 2011. Photo by Jacquelyn Martin/AP

The Carpenters’ Company — Philadelphia’s nearly 300-year-old professional association of architects, structural engineers, and contractors — will host a ceremony on Thursday to inaugurate the David McCullough Prize for Excellence in American Public History.

The prize, named for the Pulitzer Prize–winning author of Truman and John Adams, seeks to “honor David McCullough for his extraordinary contributions and accomplishments by encouraging the work of others in the American public history field to strive for the excellence so prevalent in all of his work,” says Kristina Thompson, the director of the Carpenters’ Company.

The prize, to be awarded annually starting next year, will recognize contributions made through a variety of media, including museum exhibits, literature, theater, and film. A panel of nominators for the prize will be announced at the event, which will begin at 10 a.m at Carpenters’ Hall, a National Historic Landmark on Chestnut Street between 3rd and 4th streets.

McCullough, who has also won the National Book Award and been awarded the Presidential Medal of Freedom, will give remarks at the ceremony. A tribute video celebrating McCullough’s accomplishments, produced by Sam Katz of History Making Productions, will be screened at the event.

The Pittsburgh native has “worked tirelessly to promote American history as a popular genre,” Thompson says. In addition to writing, throughout his life, McCullough has shared his passion for history by teaching and lecturing, editing, and narrating history specials for both television and film, including Ken Burns’s Emmy-winning The Civil War.

The David McCullough prize is another step in the Carpenters’ Company’s commitment to recognizing and fostering achievement in the community, which it also does through its Scholarship Program.

According to Thompson, as the company prepares to celebrate its 300th year in 2024 — two years before America turns 250 — it plans “to raise its profile and that of Carpenters’ Hall” by implementing new initiatives to improve visitor experience. The company aims “to remind all that the idea of an American republic started here and in Carpenters’ Hall.”

“Public history is about making the stories, events and lives of the past easily accessible and appealing to a wide audience,” Thompson says. “No one has done a better job of that over a long and distinguished career than David McCullough,” who, she adds, has long been an admirer of Carpenters’ Hall.