As you might imagine in this time of elevated discourse, opinions are divided. 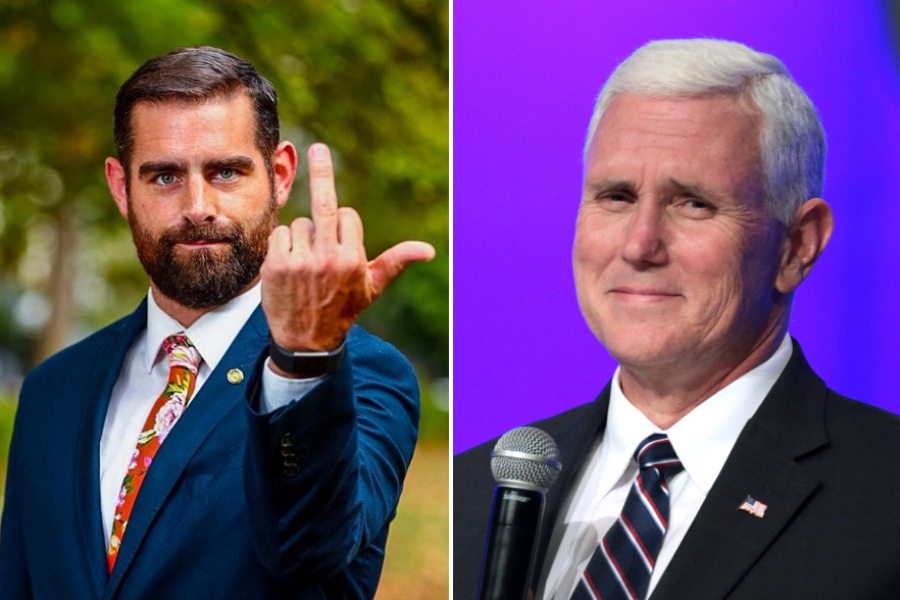 In a 2016 speech endorsing then presidential-candidate Hillary Clinton, Michelle Obama offered a motto: When they go low, we go high.

It appears Pennsylvania Rep. Brian Sims has had enough of that mentality.

As pretty much any civically engaged Philadelphian knows by now, Vice President Mike Pence came to town on Tuesday. So Sims decided to give Pence a rather, shall we say, Philly welcome. It included few words, was mostly symbolic, and certainly sent a message.

“OFFICIAL WELCOME: Vice President Mike Pence let me be the first person to officially welcome you to the City of Brotherly Love, and to my District in the State House!”

To be clear, we’re a City of soaring diversity. We believe in the power of all people to live and to contribute: Black, Brown, Queer, Trans, Atheist, Immigrant, we want you and we’ll respect you.

So keep that in mind while you’re here raising money to attack more families, spread more lies, blaspheme with your bible, and maybe even talk to a woman without your wife in the room. We have plenty of them, and they’re pretty much all more powerful and more real than you have ever been.

So…get bent, then get out!”

As you might imagine, Sims’s middle finger has sparked plenty of debate.

Some people love it, asserting that in desperate times (especially during the Trump administration, which has allowed thousands of immigrant children to be separated from their parents at the U.S. border), going low is necessary (or at least worthy).

So you’re telling me that you have the Vice President in your district, and as a leader of your district you choose not to talk, but shut him down and out. Bro…… that’s no way to make progress. This is the problem in the country, no one is talking.

Looks like a good example of bullying! Words have consequences beyond the person you direct them at. In this case, State Rep Brian Sims used a public platform to display his hate for the VP. Not a great example for our children to follow. #LoveTrumpsHate

No matter which political side you are on, the behavior we are seeing from people is unacceptable. Show some class people. If you are in disagreement with the current system, creating change will not happen with vulgarity.

Whether or not Sims’s middle finger actually accomplishes anything is up for you to decide. He’s stood by the gesture since — and, of course, found the time to respond to some of the haters.

I can’t even begin to tell you how many amazing Christian friends and constituents I have. They follow the teachings of their faith and they show love and respect to those around them. Wait, are you equating putting kids in concentration camps with Christianity? Gross.

And the saddest, weakest response goes to…this fella! If only I were a real Princess, I’d spend enough money on education that silly weak men wouldn’t exist anymore and you’d never hear this kind of broken misogyny again. If only… https://t.co/lpqONtiZy2

My parents are both retired Army colonels who are extremely proud of me. They also can spot a fake Christian from a mile away so save your virtue signaling and your broken morals for someone that thinks anything you say is of value. You won’t find that here.