Severe Flooding Forces Closure of Eastbound Lanes on I-76

After clearing the roadway, PennDOT was able to open one lane for travel shortly before 10 a.m. Monday. 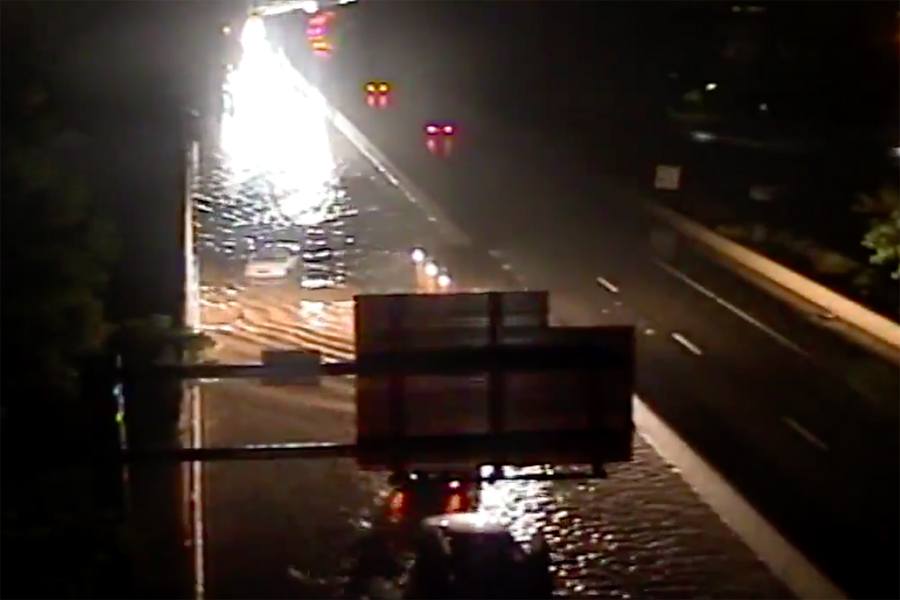 This story has been updated to reflect PennDOT’s reopening of one lane to traffic.

Severe flooding stemming from the latest storm to hit the Philadelphia region forced PennDOT to shut down the eastbound lanes of Interstate 76 for more than nine hours before one lane was reopened for travel shortly before 10 a.m. Monday.

A portion of the Schuylkill Expressway between Interstate 476 and Gladwyne had been closed to traffic since around 1 a.m. after the high level of floodwater forced motorists to stop in their tracks. A number of people required rescue from their vehicles, according to 6ABC.

PennDOT spokesman Brad Rudolph tells Philly Mag that workers are still out on the highway pushing a good deal of water back and sweeping up debris in an effort to open the other still-closed lane. Both westbound lanes of I-76 remain clear for travel.

It's gotta open soon right? I-76 EB is still shut down due to residual flooding problems. @6abc#6abctraffic pic.twitter.com/Z7f9jdnZlm

The transportation agency is confident that the highway will be back to fully functional by the evening rush so you can sit in a different kind of traffic. The National Weather Service has issued a flood warning for Philadelphia and its surrounding counties that remains in effect until 10:30 a.m. The NWS warns motorists that most flood deaths occur in cars. 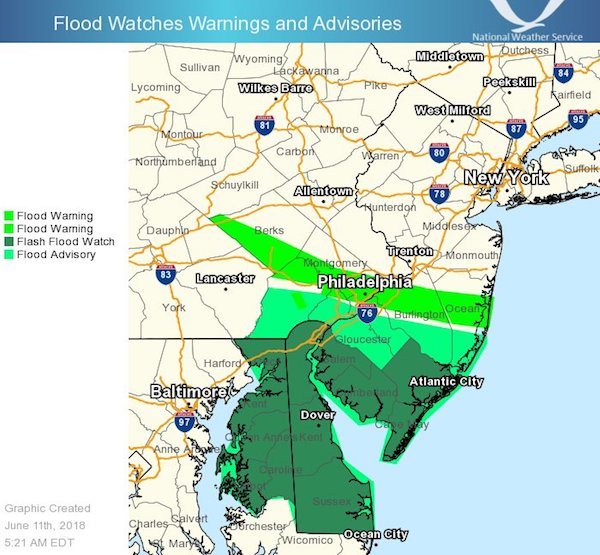