I-76 to Get Variable Speed Limits in Congestion-Fighting Effort

The change, which will adjust speeds in real time based on traffic and weather, is part of a long-range plan to improve travel on the roadway and encourage the expansion of public transit. 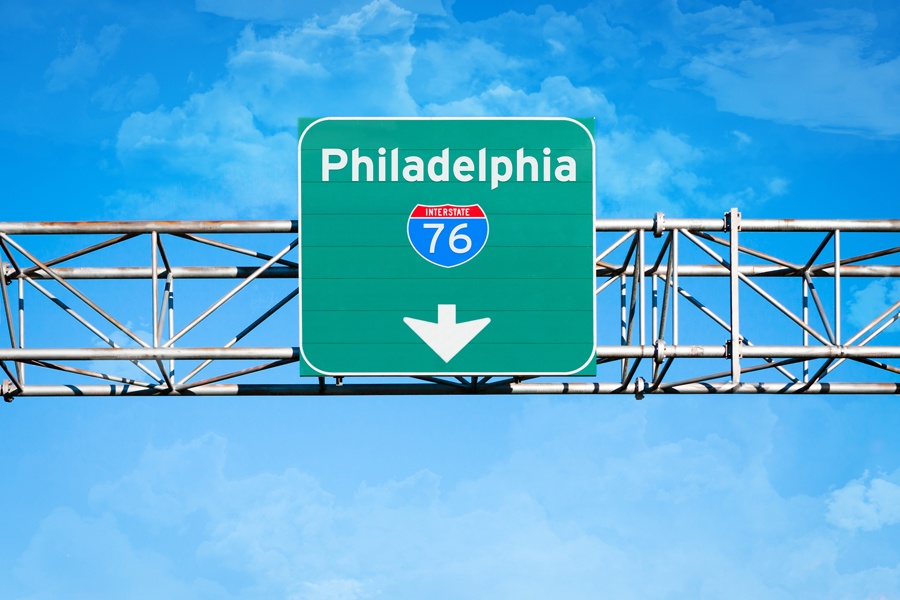 Flanked by officials from PennDOT, Pennsylvania Gov. Tom Wolf on Thursday announced the launch of a long-range plan aimed at both improving the safety of driving along the Schuylkill Expressway and easing the highway’s notable issues with congestion.

“My administration is not only focused on improving our roadways’ condition, but also the time it takes and the experience you have while traveling on them,” Wolf said at a news conference held at PennDOT’s Traffic Management Center in King of Prussia. “A government that works is one that uses every available resource for maximum impact, which we’re putting into practice on this corridor.”

Through its “Integrated Corridor Management Initiative,” the transportation administration plans to implement a series of strategies over the course of the next several years that are intended to maximize capacity on Interstate 76, optimize traffic flow on adjacent roadways, and incentivize transit, bicycle, and pedestrian commuting as opposed to car travel. The entire project is expected to cost around $8.6 million, with financing coming from 80 percent federal dollars and 20 percent state funds.

“We are very focused on investing in and using our technology to make travel safer and smoother,” said PennDOT Secretary Leslie Richards. “This initiative is a fantastic example of how we’re wisely using funds to maximize our existing network and improve mobility in the surrounding communities.”

Set to kick off at the end of this month, the project’s first phase calls for the installation of multiple Variable Speed Limit (VSL) and Queue Warning (QW) systems on I-76 in Montgomery County. The VSL system displays regulatory speed limits that change in real-time based upon traffic and weather patterns along the Expressway. Queue warnings alert motorists of significant slowdowns ahead to reduce sudden stoppages and the potential for rear-end crashes.

PennDOT is currently designing plans for the project’s second phase, which is set to include:

Officials say the improvement project is the direct result of PennDOT’s feasibility study of I-76 in Montgomery County, which was completed in 2016. Approximately 130,000 vehicles traverse the highway in Montco every day (200,000 for Philadelphia).