All of the proceeds are set to benefit three institutions leading autism research studies and programs in Philadelphia. 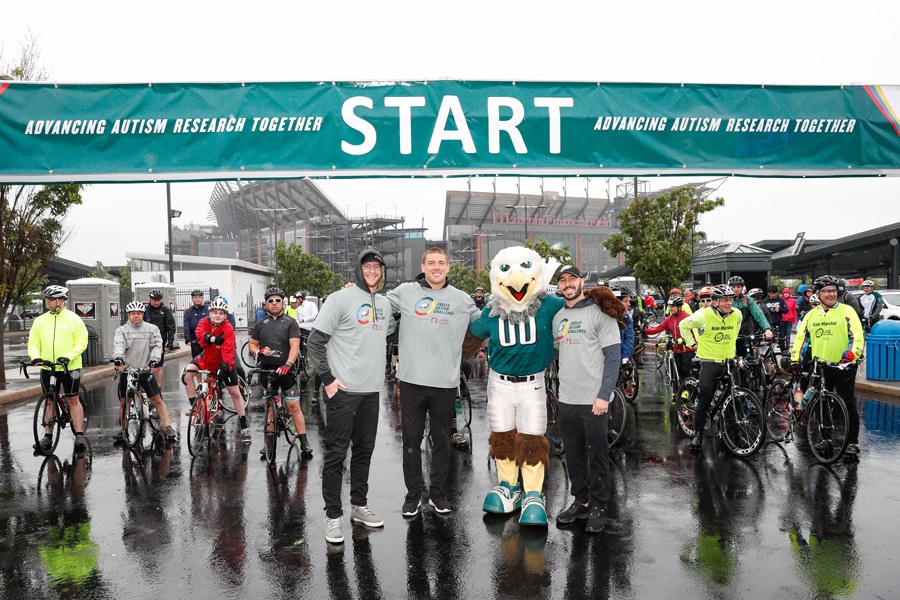 “The inaugural Eagles Autism Challenge was transformational in so many ways, but more importantly, it was a call to action,” Eagles owner Jeffrey Lurie said in a statement. “When we work together and set our sights on ambitious, yet attainable goals, we can become a catalyst for change. I strongly believe that through our collective efforts, we took one giant step on May 19th.”

The event, which was attended by around 3,300 participants, was a personal undertaking for Lurie, whose brother is on the autism spectrum. All of the proceeds will benefit three nationally recognized institutions that are leading autism studies in the city: Children’s Hospital of Philadelphia, Drexel University, and Thomas Jefferson University/Jefferson Health.

“We need to fundamentally transform how we help individuals succeed, and how our community welcomes people with autism in jobs, in schools, in airplanes, in shops, everywhere,” said Stephen Klasko, president of Jefferson. “Jeffrey Lurie challenged us to work together to make that happen. Now it’s up to all of us to think differently.”

It didn’t matter whether you were biking, walking, or running – all of the routes began at the stadium complex and finished at the 50-yard line of Lincoln Financial Field. The entire Eagles organization showed up for the challenge, including head coach Doug Pederson, quarterbacks Carson Wentz and Nick Foles, and everybody’s favorite Mummer, Jason Kelce.

Autism remains one of the fastest-growing developmental disorders in the United States. According to the federal Centers for Disease Control and Prevention, the prevalence of autism in children has increased from one in 68 to one in 59 as of April 2018. The Eagles Autism Challenge was established as a means to raise funds for and foster collaboration in the world of autism research.

“Not only are we advancing autism research together, but we are changing the conversation from autism awareness to action,” said Lurie. “What we learn here will be shared both nationally and globally so that everyone can benefit. I am so inspired and deeply thankful to our dedicated beneficiary partners, the participants, donors, sponsors and Eagles fans around the world for supporting us in our mission to transform the lives of those impacted by autism.”