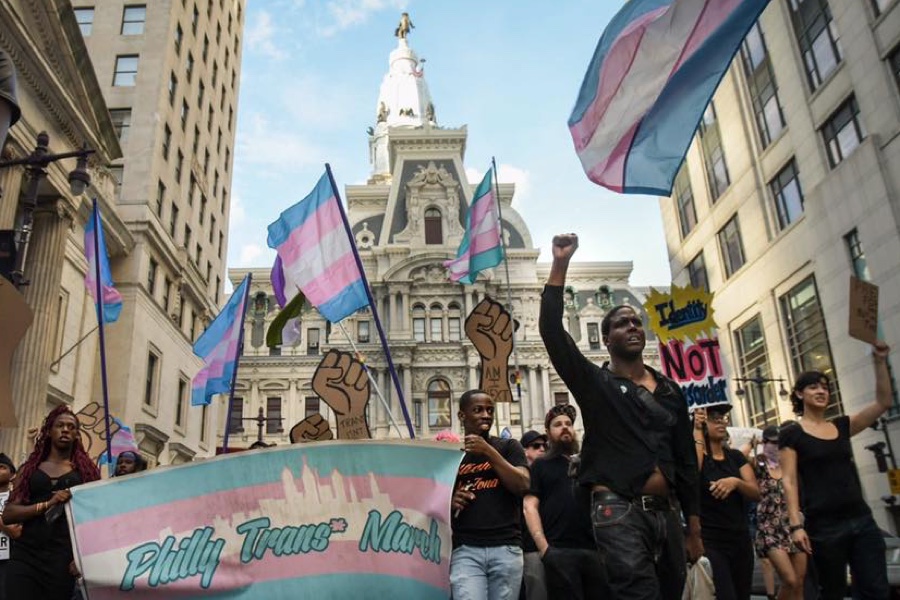 Photography by Kelly A. Burkhardt

On Monday, two transgender full-time employees of the queer Latinx social justice nonprofit GALAEI were informed that they would be demoted to part-time positions and lose their benefits due to a lack of funding. These employees are a part of GALAEI’s Trans Equity Project, whose work includes HIV/AIDS prevention efforts and supporting advocacy for local transgender and gender-nonconforming communities.

“The announcement has been a shock for the entire community,” says one trans community member who frequently volunteers for GALAEI and is close to the employees being demoted. “The Trans Equity Project provided a safe space for countless trans people due to the hard work of the staff running it. Why do trans people have to always take the hardest hit? They deserve a decent living.”

The news has prompted a backlash on social media from activists and former staff, including GALAEI’s former executive director Nikki Lopez, who spoke openly about questions on the funding shortfall, especially in light of the $25,000 grant that the project received in January from the Philadelphia Foundation.

“This has been known since January,” Lopez said in a public Facebook comment. “Before I departed from the organization I told the board a fundraising plan needed to be developed for the gap. They’ve had this plan for months. In that plan my portion was to apply to three grants in total of 30k+. I was contacted two weeks ago that one of those grants would be awarded. That plan also had each board member setting an ask for individual donations and other larger asks. Has the board been actively fundraising as they are supposed to do? Moreover it’s important that the heads of operations and fiscal management are appropriately earmarking funding sources specifically to trans Equity Project and NOT overall organization. Especially fundraising efforts that Trans Equity Project executes in their own volition. People power is needed. Nonprofits will not liberate us.”

I have set up a meeting with the Board as well as our fiscal sponsor to review the areas of concern that you have addressed dating back to January.

I will have for you a detailed response by Friday, after meeting with all parties.

As you may be aware, I have stepped into the Interim Director role a few weeks ago but I can assure you that supporting the Trans Equity Project and increasing the funding of the program is a priority of mine. [The two employees] are an integral part of Galaei and their work is esteemed and respected. Additionally, the board has created a GoFundMe at https://www.gofundme.com/trans-equity-project for community to support the Trans Equity Project.

Philadelphia magazine will update this story once new information from GALAEI is sent to us.

Created in 2003, the program, originally named the Trans Health Information Project, remains the only one of its kind in Pennsylvania to be managed by transgender individuals for their respective community. In August 2017, the program was renamed the Trans Equity Project after staff felt that their efforts should do more to focus on disparities affecting the most vulnerable within the trans community. As a result, the project’s scope has expanded to address racism, hetero-sexism, homelessness, police misconduct, immigration injustice, and other social justice issues.