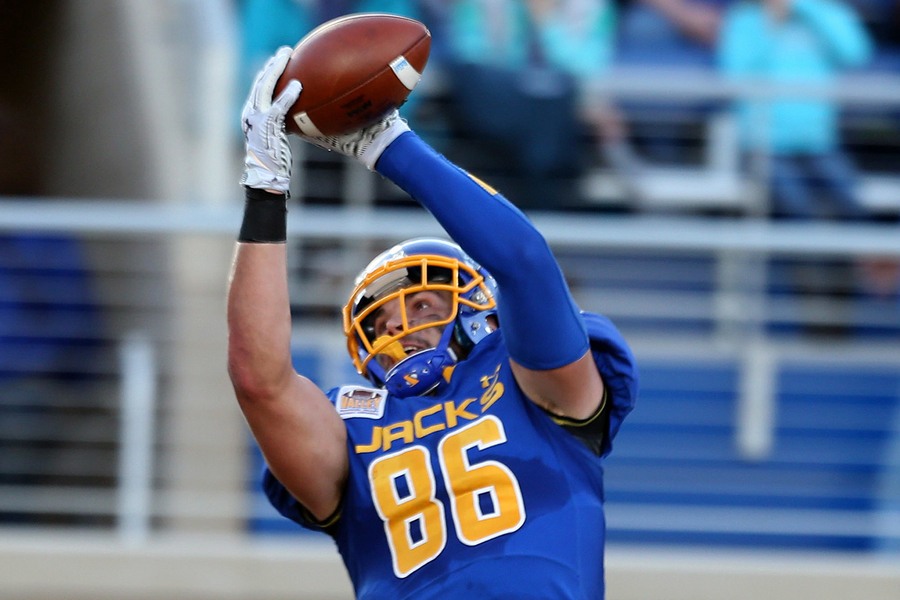 With the 49th pick in the 2018 NFL Draft, the Super Bowl champion Philadelphia Eagles jumped one spot ahead of the Dallas Cowboys to select a tight end named … Dallas. This sure could spell trouble in the Delaware Valley!

Although Dallas Goedert didn’t grow up a fan of the self-proclaimed “America’s Team” (thank God), the father of the South Dakota State product did, so naturally he named his boy after the squad that he cheers for on Sundays. That doesn’t sit well with some among the notoriously fickle flock of Birds fans.

"My Twitter has been blowing up and I think there are a few GoFundMes to change my name from Dallas to Philly… hopefully I can make enough plays that they'll get over it"@6abc#Eagles #Dallas#Philly#DallasGoedert #FlyEaglesFly pic.twitter.com/T0n2Tb9sHn

So now at least one of them is seeking $1,200 to pay for Goedert to change his name to Philly or Phil or anything other than the city where our biggest rival calls home. Dubbed “the most idiotic GoFundMe I have ever seen” by one commenter, the tongue-in-cheek crowdfunding page has garnered zero donations so far.

God I love this DRAFT!!!!!! Everyone is BASHING Dallas. The irony behind the name Dallas Goedert going to the Philadelphia Eagles

#FunnyNotFunny If that is the man's name then that's his name. Welcome to The Eagles!!https://t.co/Gocrit35Vf
via https://t.co/qaOms8jvPl

You can keep your name bro, it'll be awesome to hear someone named Dallas scoring on Dallas… Welcome to the birds nest.. @goedert33