The school currently controls about 5,000 parking spaces and has identified 1,000 more with “easy” access to campus for game days. 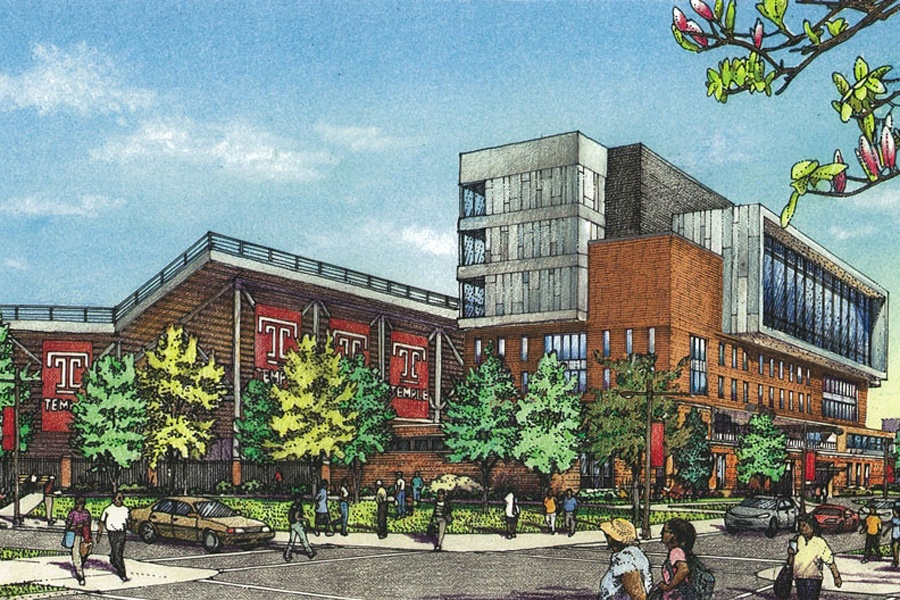 As residents of North Philadelphia continue to push back against Temple University’s plans to build a 35,000-seat football stadium on its campus, school officials have released a new report that claims parking and traffic would not be an issue on game days.

Based on the university’s studies of similar on-campus sports complexes, Temple estimates that roughly 5,000 vehicles would descend upon its slice of North Broad on Saturdays in the fall. According to the report, the athletic department intends to tell fans where they will park when they purchase game tickets, so when they arrive on game days they will avoid residential streets. (In an ideal world, of course).

“Temple currently has under its control 5,294 parking spaces, meaning there is ample Temple-controlled parking to accommodate these vehicles,” says Dozie Ibeh, associate vice president of TU’s Project Delivery Group. “In addition, Temple has identified thousands more parking spaces in lots with easy access to Main Campus via a short walk or public transit and is working to negotiate contracts with owners of these adjacent lots to help absorb parking needs.”

The majority of Temple-controlled parking facilities are east of Broad Street in the interior of campus. But aren’t these the same spaces that students pay several hundred dollars to reserve each semester?

In terms of traffic, Temple Police captain Jeffrey Chapman says Campus Safety Services has processes in place for controlling motorists during on-campus events, including stationing officers at corners surrounding the venue, extending or shortening traffic lights to expedite flow, using electronic signage to direct drivers to parking lots, and partnering with PPD to bring in additional traffic officers as needed. Game-day celebrations will be based on a car-free tailgate model with designated “celebration zones” away from residential areas.

Temple will need to sign a community benefits agreement with neighbors to move forward with its $130 million project. The university’s recent attempt to sway favor their way by offering to build a community center was not well received by some more outspoken locals, the Inquirer reports. There’s always Rittenhouse …