Waking up to a wintry mix on April 2nd is not fun. (Here’s when it will end — hopefully for good.) 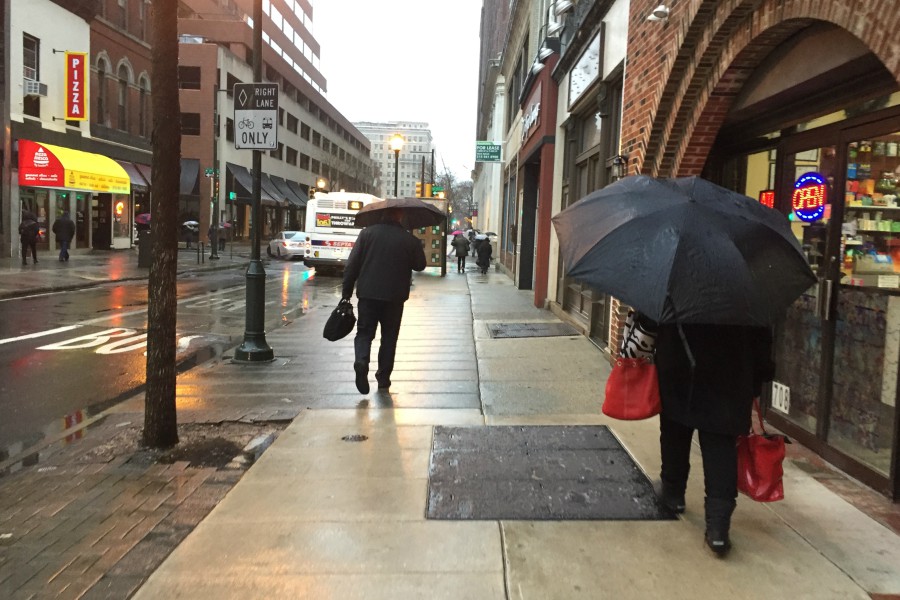 If you thought our terrible winter weather was going to end in March, you were wrong.

Here we are on April 2nd, enduring an unpleasant wintry mix of rain, freezing rain, sleet, and even some snow. Mother Nature is a little late with her April Fools’ joke.

In like a Lion, and out like a @!$#$&%! March -and this Winter- refuse to leave. Roads are slick – be sure to be extra careful driving, and remember to clean off all snow from your vehicle! #ThisIsntFunnyAnymore pic.twitter.com/b691oHy9qa

Forecasters say precipitation in the Philly region will end before noon on Monday, but morning commuters should use extra caution.

The good news? Snowfall totals predicted yesterday have been significantly trimmed. We’re now expected to see less than an inch of snow, mostly on grassy surfaces. Today’s mild temperatures should melt any accumulations by the end of the day.

EXPECTED SNOW TOTALS – Most of this is on grassy surfaces, picnic tables and car tops. Some of the secondary roads, however, could become slippery and slushy. pic.twitter.com/pzBQcSeWvB

Unfortunately, the suburbs north and west of the city could see between 3 to 5 inches of snow, according to the National Weather Service. NBC10 has a list of school closings in those areas.

One thing’s for sure: pretty much everyone in the Philly region has had enough of this weather.

I’m just ready for consistent weather! I’m sicka Mother Nature playing in our faces with these temps and weather forecasts.

This weather is killing my short game