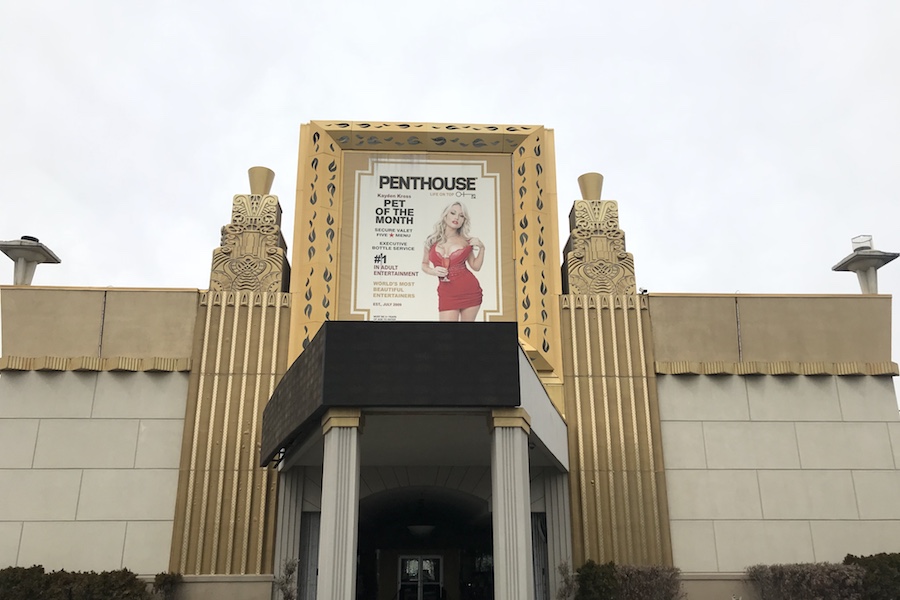 The Penthouse Club in Philadelphia. (Photo by Sydney Kerelo).

After a three-day trial, a jury returned a verdict against the Penthouse Club last Thursday. And on Friday, United States District Court Judge Anita Brody entered the judgment and damages: $4,594,722.73. It is unclear how big the class is, but it would potentially include any woman who danced there.

The Penthouse Club, which is open for business, considered the dancers independent contractors — a standard practice in the industry — but Verma’s attorneys argued that they were, in fact, employees and entitled to certain rights and protections. 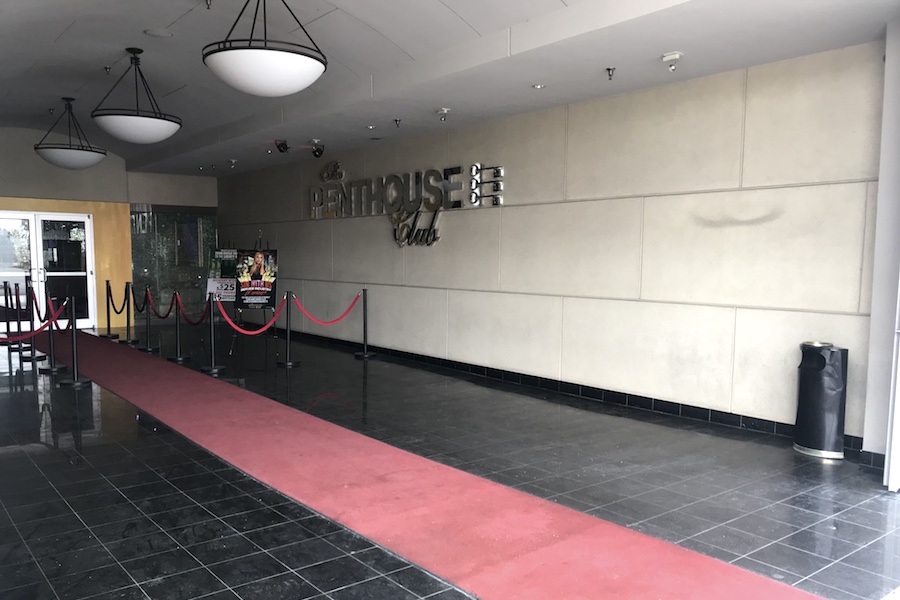 The entrance to the Penthouse Club in Philadelphia. (Photo by Sydney Kerelo.)

In her complaint, Verma contended that she and the other dancers were not paid minimum wage, that Penthouse Club management routinely took part of the tips they received from patrons, and that they were not paid overtime when they were required to work additional hours, which she said happened frequently.

The dancers were also required to pay a wide range of fines, according to the suit: $25 every time they were more than 30 seconds late to the stage; $50 if they used a cell phone while on the floor; $35 for wearing their hair “up” while on the job; and $100 for leaving work early without management approval. 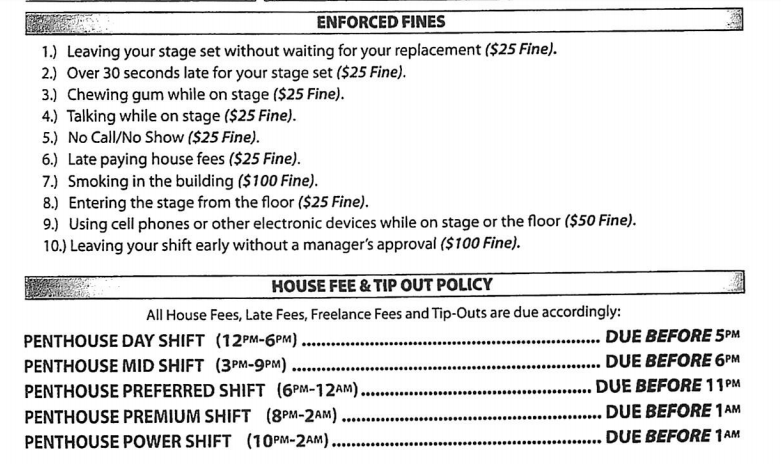 “Dancers in Philadelphia … work in an ‘unorganized’ industry where many workers are ‘disenfranchised’ by the wide disparities in bargaining power between workers and club owners,” read the suit. “Accordingly, adult entertainment clubs such as [the Penthouse Club] are well-positioned to take advantage of dancers and routinely deny them basic workplace rights.”

Attorneys representing Verma and the Penthouse Club were not immediately available for comment.