The veteran defensive end faces a felony count of injury to the elderly in a curious case with possible social-justice implications. 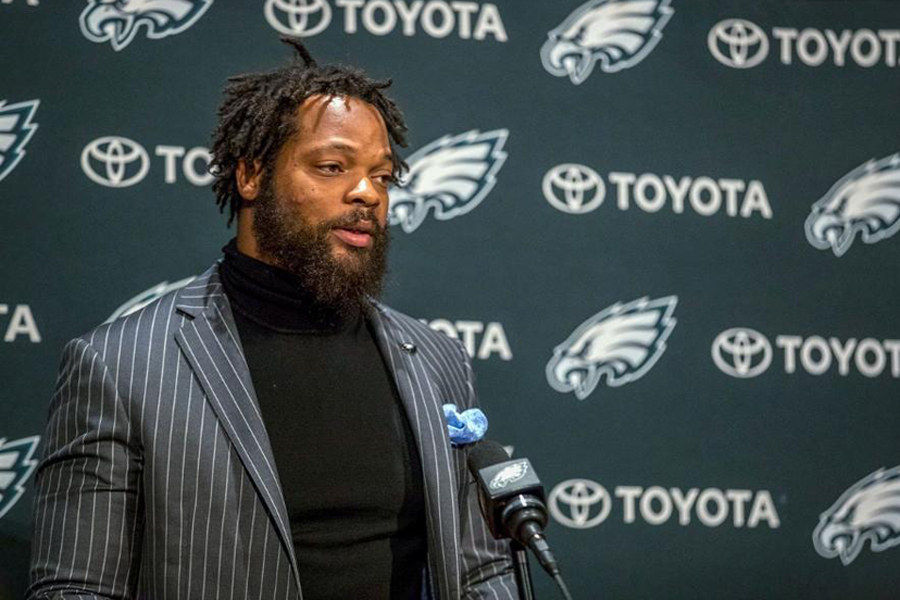 If you’re unfamiliar with Michael Bennett, the newly minted Eagles defensive end who was indicted last week on a single count of injury to the elderly in Texas, here’s a quick refresher: He’s a three-time Pro Bowler with 54 sacks to his name, a Super Bowl champion from his time with the Seattle Seahawks, and an unequivocal advocate for causes focusing on social justice and equality.

Bennett has spoken out strongly against racial profiling by law enforcement after being detained and allegedly threatened by Las Vegas police in August 2017. Whether his public stance has anything to do with the 32-year-old’s present legal issues is unknown. But that fact, coupled with the irregular behavior of Houston Police Chief Art Acevedo, makes Bennett’s already unique case that much more intriguing.

A release from the Harris County district attorney’s office states that Bennett was in Houston as a spectator at Super Bowl LI to watch his brother, then a tight end for the New England Patriots, on February 5, 2017. After the game, Bennett allegedly shoved his way onto the field at NRG Stadium, where players were gathering to celebrate the Pats’ comeback win over the Atlanta Falcons.

According to the DA’s office, security personnel – including a 66-year-old paraplegic woman – told Bennett that he had to use a different entrance for field access. Police say the 6’4″, 275-pound Bennett pushed through anyway, injuring the disabled woman in the process. A grand jury indicted Bennett on the single felony charge on Friday. When questioned about the delay, Acevedo said in a news conference that his office prioritized more significant cases, which is why it took more than a year to charge Bennett.

Additionally, Acevedo used his press conference as opportunity to both attack Bennett’s character (calling him “pathetic” and “morally bankrupt”) and, more oddly, disclose the ethnicities of all parties involved in the incident. With race now injected into this peculiar case, ESPN talking head Stephen A. Smith blasted Acevedo for hanging Bennett in the court of public opinion.

Bennett on Monday voluntarily surrendered to Houston police without incident and was freed on $10,000 bond. “He just flat out didn’t do it,” defense attorney Rusty Hardin told the Inquirer. The Eagles said they are aware of the situation and gathering more information. A spokesman for the NFL said the league is looking into the matter.