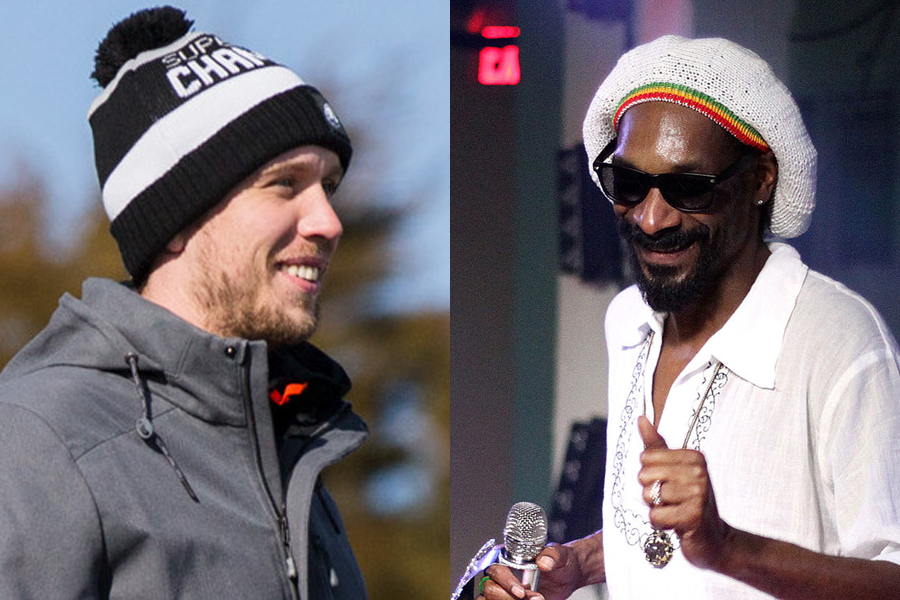 From sponsoring a youth league in California to recording expletive-laden rants on social media, rapper Snoop Dogg’s football fanaticism is pretty evident. Although the hip-hop legend is a diehard supporter of that other team out in western Pa., he still managed to find time to show some love to one of our super Eagles on his latest EP.

Of all the players to hype, Snoop chose to name-drop Nick Foles on “Doggytails,” the sixth track on his eight-song album 220. A few verses in, you’ll hear Mr. D-O Double G himself say, “Nick Foles with it, get it? I be the backup, second in line. See, when I get in, you ain’t getting no more time. I’m free as a bird …”

And with that line, Foles becomes the second Super Bowl MVP immortalized in a rap song. Previously, Nas told us about the time he “sipped Henny” with former Denver Broncos running back Terrell Davis in 2002’s “Blaze a 50.”

Is it possible that Foles’ daughter, Lily, was bumping “Gin and Juice” after the Birds won Super Bowl LII? You decide.