GOP lawmakers must now head back to the drawing board — and fast. 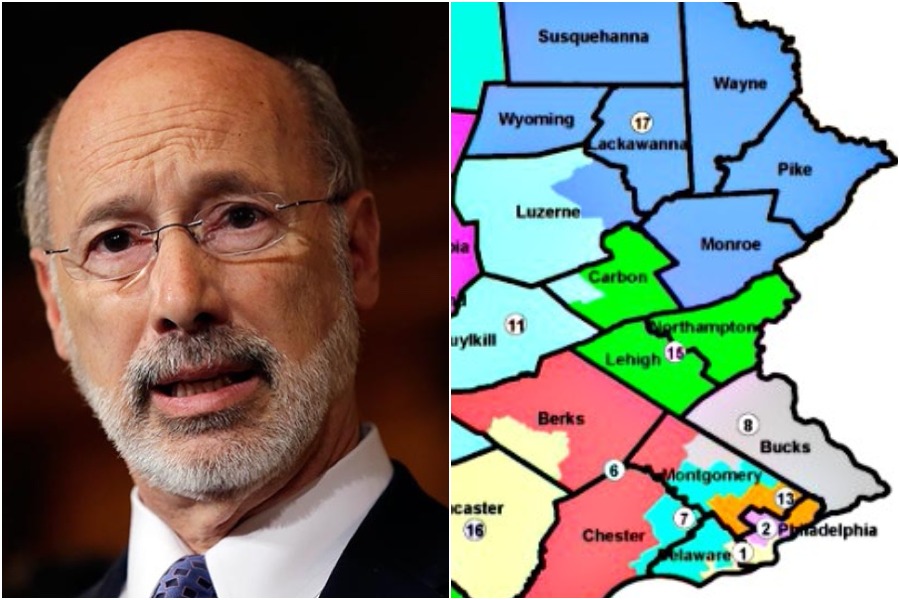 The map was submitted to the governor this past Friday, weeks after the Pa. Supreme Court ruled that the state’s most recent map – drawn by a GOP-dominated General Assembly in 2011 – exhibits partisan bias and is “clearly, plainly and palpably” unconstitutional. In other words, it was gerrymandered, or manipulated to give Republicans an advantage.

GOP lawmakers were given a quick deadline (February 15th) to submit a new map to Wolf after the ruling. Senate President Pro Tempore Joe Scarnati and House Speaker Mike Turzai proposed new boundaries this past weekend – but Wolf says they’re nearly as biased as those struck down by the court.

In a statement issued on Tuesday, Wolf said he enlisted the help of a non-partisan map analyst who found that “the map submitted to my office by Republican leaders is still a gerrymander. Their map clearly seeks to benefit one political party, which is the essence of why the court found the current map to be unconstitutional.”

What does Wolf’s decision mean? Republicans now have until the end of the day Thursday to submit another map for Wolf’s approval – which is an ambitious goal. Members of the House and Senate would first have to approve a map.

If Wolf does not OK of a new map by the end of the day Thursday, the court will hear from both parties and then adopt its own redistricting plan.

The Inquirer and the Daily News reported that under the map proposed by Turzai and Scarnati, Trump would have won 12 of 18 congressional districts – the same amount that he won in 2016. Tufts University professor Moon Duchin, who Wolf recruited to analyze the map, said the map represents a “decidedly partisan skew that cannot be explained by Pennsylvania’s political geography or the application of traditional districting principles.”

A new map could benefit Democrats, who have been hoping to even the playing field since Trump’s election.

The state Supreme Court ruling is the latest of several recent court decisions condemning the practice of gerrymandering.