It took more than a half century, but your Philadelphia Eagles avenged old wounds and are finally Super Bowl champions. 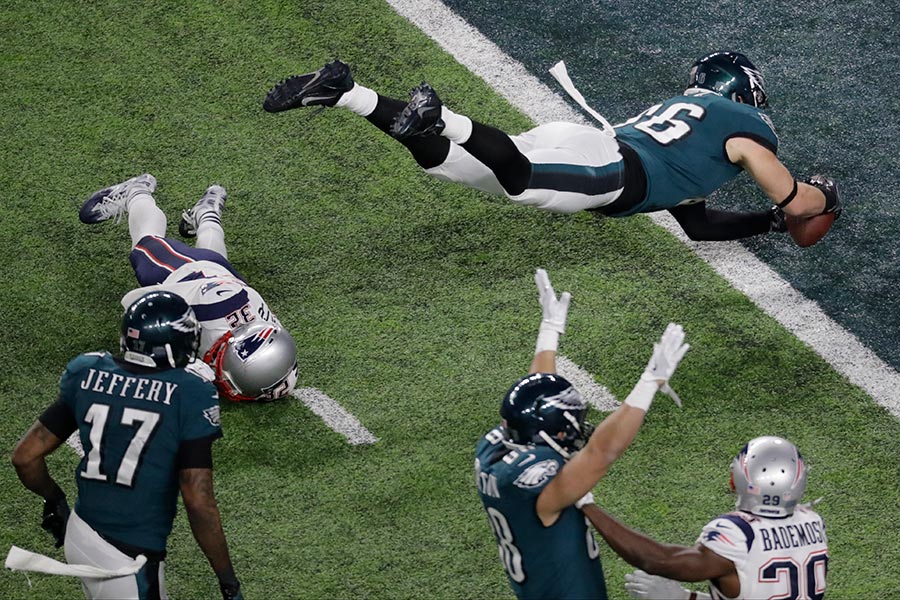 Heart attack in the heartland! It took more than a half century for the dream to become reality, but your Philadelphia Eagles avenged old wounds and are finally Super Bowl champions as the Birds dispatched the hated New England Patriots in a gut-it-out 41–33 victory in Minneapolis on Sunday night. The Lombardi Trophy for the first time resides in South Philadelphia and tears are flowing.

The burgeoning genius of head coach Doug Pederson was on full display on the NFL’s biggest stage, with the opportunistic underdogs playing to their strengths by utilizing their penchant for fourth-down conversions and a timely trick play to put an exclamation point on the former snakebitten franchise’s first Super Bowl victory. A New England linebacker’s touchdown cut the deepest in the teams’ previous matchup in football’s championship game (Super Bowl XXXIX), but the Eagles returned the favor more than a decade later as QB Nick Foles caught an unlikely TD pass on a 4th late in the first half to solidify the backup’s legacy in Philly sports lore.