Philly Bookie Says Literally Everybody Has Bet On the Eagles

So, naturally, he’s rooting for the Patriots. 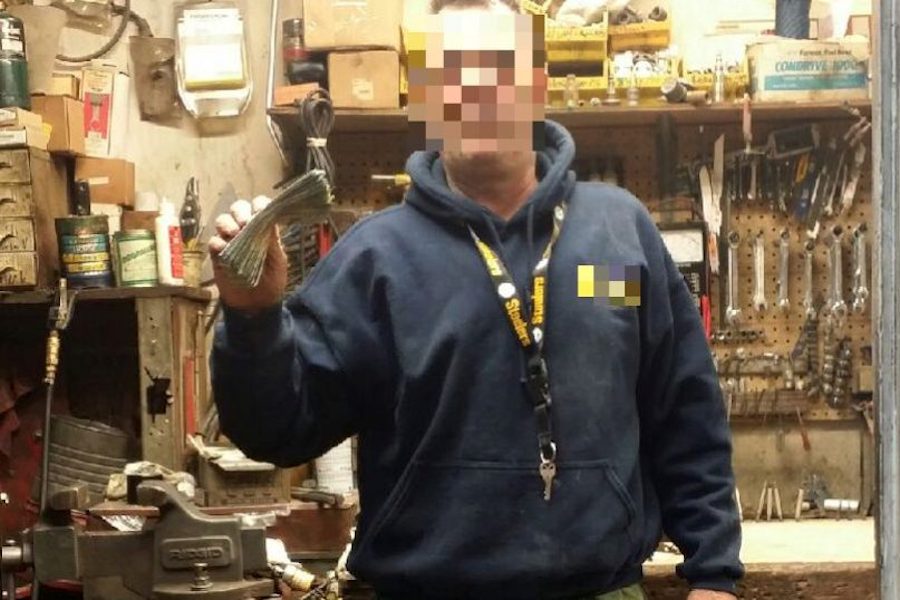 The Philadelphia bookie and his big wad of cash.

On Thursday afternoon, we called our favorite Philadelphia bookie. No, not to place a Super Bowl bet, because that would be, uh, illegal, silly. We called him to find out what the action is like and whether he has a strong gut feeling about the Eagles’ chances of beating the Patriots. Here’s what he had to say.

So this must be the craziest that you’ve seen it in a long time.
It’s crazy. They’re all betting the fucking Eagles. I didn’t write New England once.

Oh, c’mon. You’re exaggerating.
Nope. Every single person has bet the Eagles. The line started at five-and-a-half and then it went down to four-and-a-half after somebody placed a really big bet in Las Vegas. Everybody is betting this game.

So Eagles all the way?
Victor, I got news for you. I’m hoping for New England. If I vote for the Eagles, I am voting on myself to lose money, and I can’t do that. I need to pay the fucking bills. Back in 2004, me and my son watched watched the Eagles and New England, and we fucking cheered for New England then, too. I have no loyalty to these teams, and the Eagles cost me quite a bit of money this year.

Anybody placing any big time bets with you?
Nah. $2,000 to $3,000 is as high as I’m doing. I don’t go too crazy, man. These days, I only have a couple of big guys, and I know they’re good for it. Over the years, you have people who slow pay you, and you have people who try not to pay you at all. You keep the good guys and not the bad guys.

That’s a pretty mild-mannered way of looking at it.
Listen, if you have a slow payer and you don’t mind it, that’s fine. Like, for instance, the guy that cuts my grass. He cuts the grass. He shovels the snow. I don’t remember the last time I paid him to cut my grass or shovel my snow. He loses a lot. He owes me $1,500. He’ll give me $200 here and $200 there, and then he’ll cut my grass, and then he’ll shovel the snow. I let him work it off. What do I care? I ain’t greedy. I’m just needy. And, man, I can’t even fucking breathe, let alone shovel snow. So it works.

Other than the winner, what else do you take bets on?
I take it all. Every fucking week. I got a guy who bet $500 on the coin toss. He’s a fucking degenerate. And I take proposition bets. How many yards Brady is gonna throw, how many interceptions.

OK, so you’re rooting for the Patriots, but what do you actually think is going to happen?
I’ll be honest with you, Victor. I’m a little scared of this game, but I gotta play it. It’s like the card or dice table. They have to take your bet. If I win, I win. If I lose, I lose. It comes and goes, man.

Last year, I needed the Falcons, and they were up 28-3 with 18 minutes left to play. They fucked me. Up 25 points and Atlanta blows the Super Bowl.

Are you going out to watch the game?
Yeah. If the Eagles are playing good, I’ll probably leave early and drive home. I don’t wanna drive through that shit on Broad Street. If somebody jumps on my truck, I’ll fucking kill them. These fans are like animals. Get the fuck out of here, man. I’ve never been a fan. Never will be.