Ed Rendell: “The Eagles Will Win the Super Bowl” 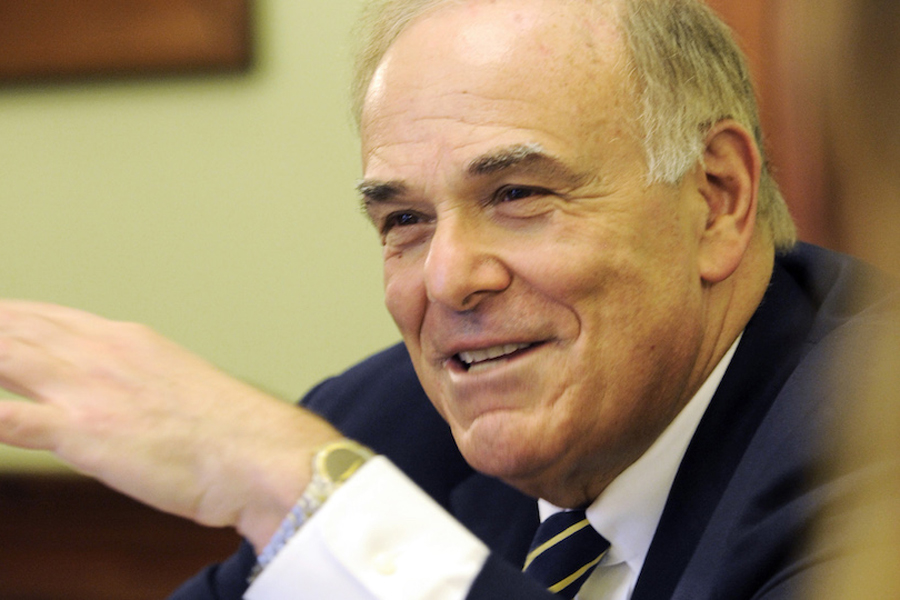 Judging by the stir he causes on social media with each triumphant fist pump in the owner’s box, Hollywood heartthrob (and Jenkintown native) Bradley Cooper stands chief among famous Eagles fans these days – and rightly so. What’s not to love about Brad?

He’s a hardcore Birds fan, no doubt, but Cooper’s years in green pale in comparison to those of former mayor Ed Rendell, whose personal history with the team goes all the way back to the Franklin Field days. So because of that (and since Brad won’t return our calls), we asked The Gov to assess his thoughts on your 2018 NFC Champions.

“I thought the stadium last night was the loudest I’ve ever heard the Linc,” Rendell tells Philly Mag. “The loudest I’ve ever heard Eagles fans was after that Wilbert Montgomery touchdown in the 1980 NFC Championship. But that was back at the Vet, which was louder since it was enclosed. Last night against Minnesota was the loudest for the Linc – more than when we played Atlanta [in the 2005 NFC Championship]. The fans were undaunted.”

Rendell attended the Birds’ 38-7 throttling of the Vikings in person, but he skipped the afterparty on Broad Street. With police officials reporting zero arrests and injuries, he called this “one of the more lawful celebrations that I can remember.”

No one expected the Eagles to reach the Super Bowl before the season, and the resiliency of the “underdogs” has Rendell feeling nostalgic for another beloved Philly sports squad.

“This team reminds me of the 1993 Phillies – just a bunch of working stiffs, not glamorous whatsoever. So blue collar. If the Jaguars had beaten New England [in Sunday’s AFC Championship] we would’ve been favored and everyone would’ve been bummed, including the team. So in some ways, Carson Wentz’s injury caused the fans’ relationship to the team to be more intense, like it is with those ’93 guys. Because we in Philadelphia view ourselves as underdogs.”

Here’s hoping the Eagles end their season on a higher note than that particular Phils team. In terms of the big game itself, Ed thinks the Birds have this thing locked up. He says he hasn’t been impressed with what he’s seen from the Patriots during the playoffs, and he believes we have the superior defense and more explosive offense, even. (Take that, Tom Brady.)

“I think it was [NBC broadcaster] Cris Collinsworth that said it will be the biggest sports parade in history if the Eagles win the Super Bowl. I think it really will be. This town has already been brought together by this team, and that bond will only grow stronger with a win.”