This Woman’s “Nightmare” Uber Ride Was Probably Worse Than Yours

The driver has been suspended. Here’s why. 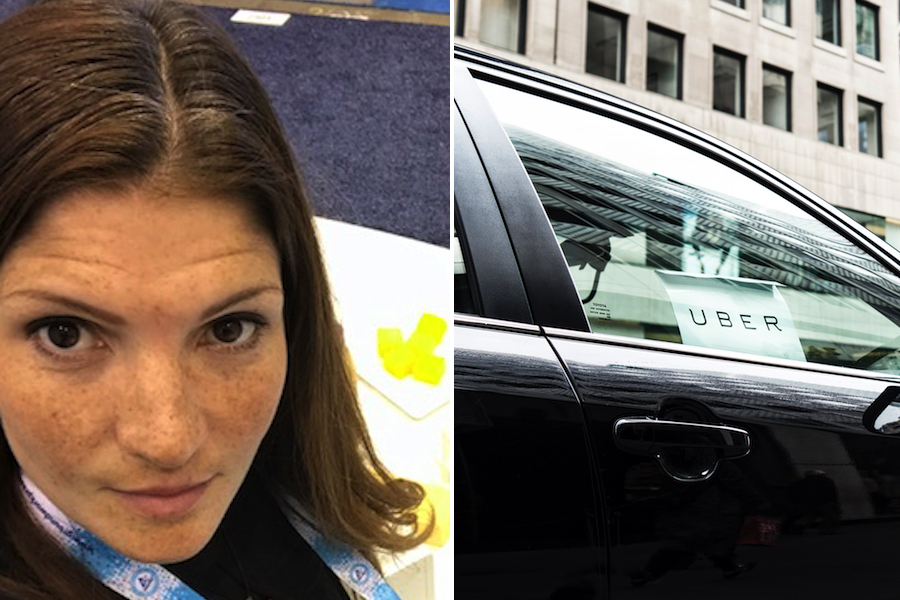 We’ve heard lots of stories about horrible Uber rides, and if you take Uber with any regularity, the chances are that you have a story of your own. But Carla Guzman‘s nightmare of an Uber ride probably has yours beat.

Guzman, a 38-year-old mother of two from Abington, has filed a lawsuit against Uber, detailing allegations from an Uber ride she took from her home to the airport last June. Well, she was supposed to go to the airport.

A product manager for a multinational food packaging and processing company, Guzman travels extensively for work, and she had an early morning flight out of Philadelphia on June 21st. So the previous night, before she went to bed, she requested a ride for 4:30 a.m. The car showed up at 4:35 a.m.

As soon as she got into the car the next morning, Guzman says that she noticed that the driver looked “disheveled” and that the car was “a mess.” There was also a strong cigarette odor. Things only got worse, Guzman alleges.

Guzman says that she tried to make small talk with the driver, who is identified only as Rachel. (The Uber app provides only the first name of the driver.) According to the lawsuit, Guzman noticed that the driver’s speech was slurred. As the ride continued, Guzman says that Rachel seemed disoriented and that she was driving unusually slowly and also switching back and forth between lanes a lot.

Then, says Guzman, Rachel became “agitated” and started acting in a “deranged” fashion when Guzman asked her to take the Pennsylvania Turnpike. She began screaming at Guzman that she did not have an E-ZPass and that she would be fined if she tried taking the turnpike. Rachel also said she was concerned that the car would be stopped and searched by police, alleges the lawsuit.

Guzman says she told the driver that she’d cover any fines or tolls. “Show me the money right now to pay the toll or I will drop you off here,” she says the driver responded. At 4:46 a.m., the driver decided to get off of the turnpike at the Fort Washington exit, which was just one exit from where they got on, but the driver didn’t have a toll ticket. So the toll collector said that they had to pay $41.05 in toll and fines, which Guzman paid with her debit card.

And then, just as the car pulled away from the toll booth, Rachel demanded that Guzman get out, according to the suit. Guzman protested, asking the driver to drop her at a safe location as opposed to on the exit ramp for the Pennsylvania Turnpike, but she says that the driver refused. Guzman alleges that the driver told her that she’d use force to get her out of the car if she had to, so Guzman complied and the driver pulled away, leaving Guzman stranded on the side of the road at 4:47 a.m.

The X marks the approximate spot where the Uber vehicle dropped off Guzman.

Guzman, carrying multiple pieces of luggage, walked a quarter mile along the exit ramp, as cars flew by. She noticed a Best Western hotel on the other side of a six-foot-high fence, so she threw her luggage over the fence and then scaled it herself. 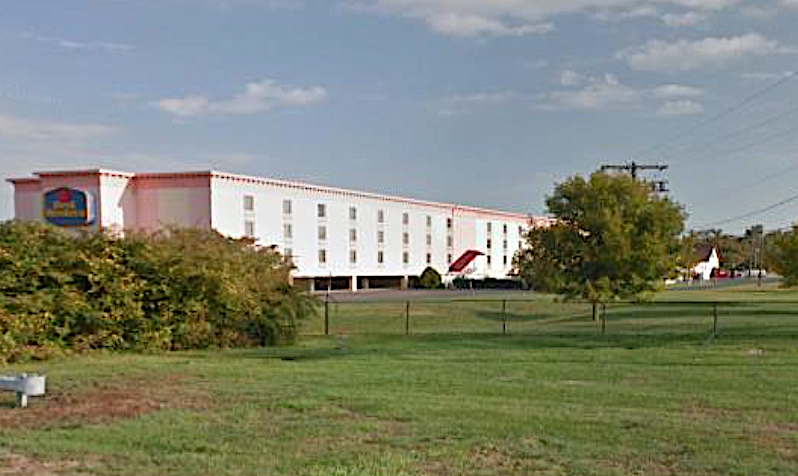 The Best Western and the fence.

At the hotel, a front desk clerk requested another ride for Guzman, but this time, a regular old taxi.

Guzman complained to Uber through the app, but she says that her complaints were not taken seriously by the company, which told Philly Mag that it does not comment on pending litigation.

“What should have been a routine start to a business trip turned out to be just another nightmare caused by Uber and one of its drivers,” reads the suit.

The lawsuit accuses Uber of fraudulently touting the safety of the network and the background checks that it performs on prospective drivers and points to a recent $28.5 million class-action settlement over those claims. The suit also accuses Uber of negligence and misrepresentation, among other offenses, and seeks unspecified damages.

“This can no longer be reduced to a ‘case of a rogue driver’,” attorney Matt Luber, who represents Guzman, insists. “Uber has been on notice that its driver screening and monitoring is woefully inadequate, and we have yet to see any meaningful change.”

As for Rachel, she’s not driving for Uber these days. Her access to the app was suspended by the company.