How Close Is Philly to Opening the Nation’s First Safe Injection Site?

As the state declares a disaster emergency over the opioid overdose crisis, here’s what we know about where officials stand. 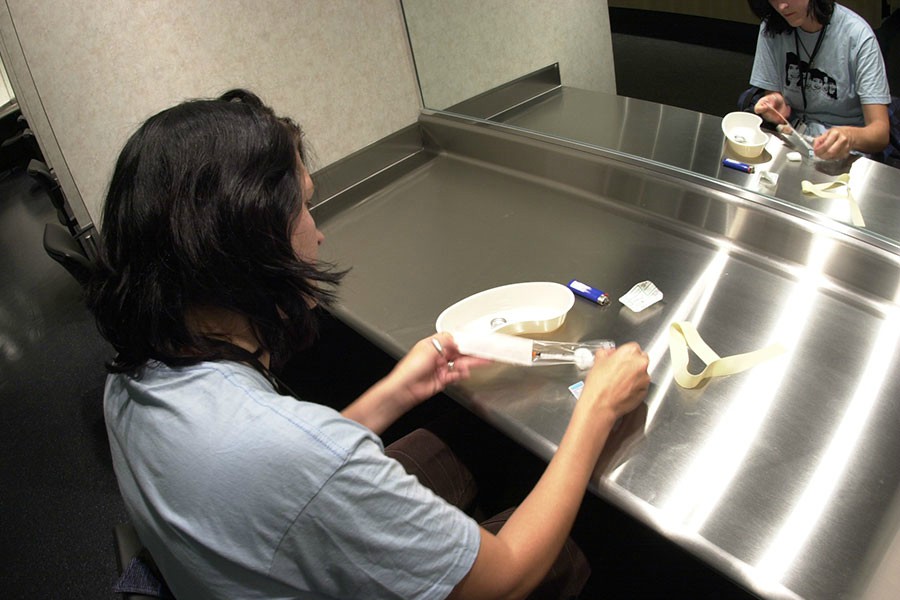 We’re not even two weeks into 2018, and one of the year’s major hot topics is already clear: safe injection sites.

On Tuesday, Philly’s stance on the controversial harm-reduction initiative was highlighted in an NPR segment on the opioid epidemic. In an informative interview, WHYY’s Bobby Allyn spoke with host Terry Gross about the debate over safe injection sites, where drugs can be used under medical supervision.

Local officials are reportedly warming to the prospect of safe injection sites, which proponents say would save lives by preventing overdoses and connecting drug users to treatment. If a site were approved, Philly would become the first city in the nation to allow the initiative. Canada and some countries in Europe have successfully established similar concepts. (Efforts in Seattle and other states are underway but have yet to come to fruition.)

Here’s the latest on safe injection sites in Philly, as well as some background on the arguments for and against them

Last week, Allyn reported that city officials are weighing a plan that would involve allowing an established nonprofit to host a safe injection site. Under that strategy, which hasn’t yet been publicly discussed, the site would be financed through private donors.

It’s an idea that newly sworn-in district attorney Larry Krasner approves of. Krasner, a career defense attorney, has promised not to prosecute drug users at the safe injection site, per Allyn.

Mayor Jim Kenney, whose administration recently visited a safe injection site in Vancouver, is reportedly expected to make an announcement about the topic soon.

What are the potential roadblocks?

Some stakeholders in Philly have yet to jump on board. That includes police commissioner Richard Ross, who recently told the Inquirer columnist Mike Newall that he is “open-minded” to the idea of a safe injection site but still has questions about its functionality. Still, it’s worth noting Ross reportedly said he was “adamantly opposed” to the idea a year ago. Conversations with Vancouver’s police chief constable and opioid overdose statistics have reportedly influenced Ross’s outlook since then. As Allyn mentioned in the NPR segment, officials and local law enforcement will need to be on the same page for city to approve the site.

If the site is established Kensington, an epicenter of the opioid epidemic, it will need Councilwoman Maria Quiñones-Sánchez‘s support. The councilwoman has previously stated that she does not support a safe injection site. But this month, she told Allyn that she “anxiously” awaits “any plans from the city for how it will comprehensively deal with the opioid crisis” and welcomes a discussion “to consider how an injection site will work within a reformed continuum of care for folks dealing with their disease.”

Part of Quiñones-Sánchez’s hesitation likely stems from the fact that the neighborhood hasn’t exactly rallied behind the idea of opening a center where people are permitted to use illicit drugs. Community support is essential to win her approval.

Still, even if the center is approved, it would likely face harsh pushback at the federal level: Attorney General Jeff Sessions is notoriously tough on even low-level drug offenders. Federal officials have already warned Vermont, which is considering a safe injection site, that managing and maintaining sites in which illicit drugs are used is a crime.

The case for a site

Officials expect that roughly 1,200 people died from drug overdoses in Philly in 2017. That’s four times the city’s murder rate. Perhaps the most pressing argument for a safe injection site is that, put simply, it will save lives. Evidence has repeatedly shown that safe injection sites are successful in reducing fatal overdoses and the overall health and social harms associated with injection drug use.

It’s also important to note that staff can work to connect drug users to treatment and medications they might otherwise never receive – in the hope that they might overcome their addictions.

Yesterday, I signed a statewide disaster declaration to aid our fight against the heroin & opioid epidemic to help speed up & expand access to treatment, improve tools for families & first responders to save lives, and enhance our coordinated response. https://t.co/zLQQl353qx pic.twitter.com/d4ONH0fhxQ

Plus, there’s a larger aspect: Some argue that safe injection sites help to shift the conversation around illegal drug use. By effectively decriminalizing addiction and reframing the opioid epidemic as a public health issue (as Gov. Tom Wolf and President Donald Trump have declared it is), the city and nation could allow for a more open dialogue aimed at producing solutions.

The case against a site

Others fear that such a switch in frame of mind could normalize drug use over time, “thereby increasing demand for opiates and, by extension, risk of overdose and overdose deaths,” as Christina E. Nolan, the Trump-appointed U.S. Attorney for Vermont, argued in her warning to the state. In addition, as mentioned, many residents worry about opening a safe injection site in their neighborhood because of the negative stigma surrounding drug use – though it’s worth noting that many neighborhoods are forced to confront the crisis regardless of whether they do so openly.

And then there’s the fact that the city has yet to present and engage the public in a comprehensive plan for a safe injection site (likely in the works), which could leave residents wary. Until the city displays a detailed proposal, it will be difficult to have a truly productive conversation about the future of such an initiative in Philly.