Count us out in Saturday’s playoff game all you want, but here’s why you shouldn’t. 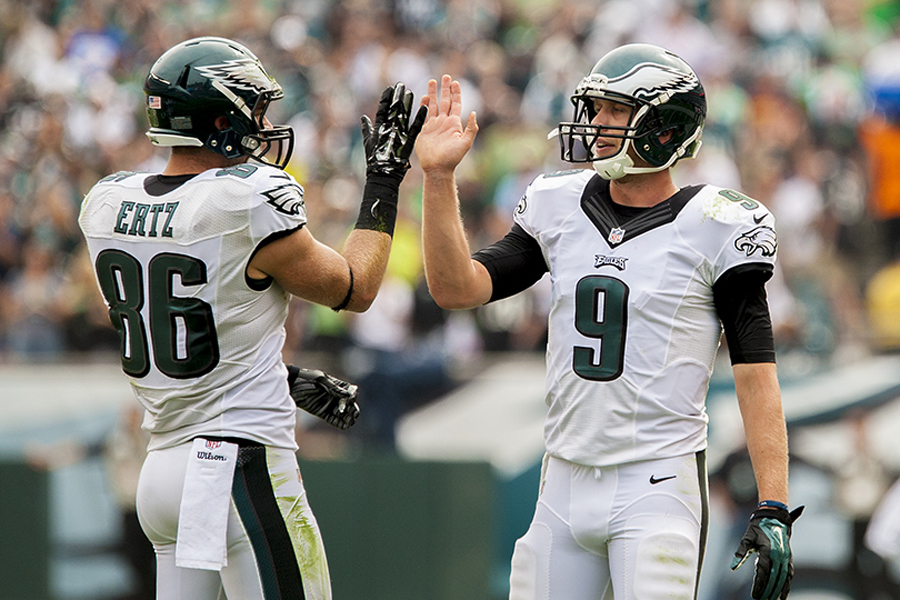 How did we arrive at the point where the pervasive thought among the so-called “experts” is that the Eagles have little to no chance of pulling out a win in Saturday’s playoff game against the Falcons?

Guess that’s what a week off will do to you, but let’s not forget why we haven’t played yet in 2018: Our wounded Birds finished the regular season on top of the NFC conference and still have a great chance of coming away with a victory over Atlanta at the Linc. Here are five reasons why.

Philly is in familiar territory.
The Eagles made history when Las Vegas sports books opened their initial betting lines with Atlanta as a three-point favorite, making the Birds the NFL’s first underdog No. 1 seed. That’s fine, we’re familiar with playing the role of the long shot in this town. The Eagles are 3-0 as underdogs in home playoff games, anyways.

An entire state is on our side.
No, we aren’t talking about Pennsylvania. (The Steelers remain alive as well.) The mayor of Bismarck, North Dakota — Carson Wentz’s home state — hopped on WIP to assure us the citizens of his state are still behind the Eagles despite our franchise quarterback’s injury.

"They have not bailed on the #Eagles."

Falcons quarterback (and Exton native) Matt Ryan hates Philadelphia.
OK, this statement isn’t exactly true. We’re positive that the Penn Charter grad’s feelings for the city are all warm and fuzzy in reality, although he sure must hate playing at Lincoln Financial Field, where he sports a 1-3 career record against the team he grew up rooting for.

Eagles safety Brian Dawkins already crushed the spirit of Atlanta 13 years ago.
The Pro Football Hall of Fame finalist (should already be in) delivered one of the most memorable hits in Eagles history when he leveled Falcons tight end Alge Crumpler in the NFC Championship game in 2005. The Birds are 2-0 when hosting Atlanta in the playoffs.

Defense wins championships.
If you remain nervous about the offense, given its shaky performance with Nick Foles under center during the past two weeks of the season, fear not! Because defense wins championships, and we’ve got a good one here in Philly. The Eagles D is the NFL’s best at stopping the run, and the Birds performed well on that side of the ball in those final two games against Oakland and Dallas. If they’re a source of strength during tomorrow’s game, expect a win.