Why Michael Nutter Thinks He Had the Best Job in Politics

Philly’s former mayor has penned a memoir of his time in City Hall’s Office 215. 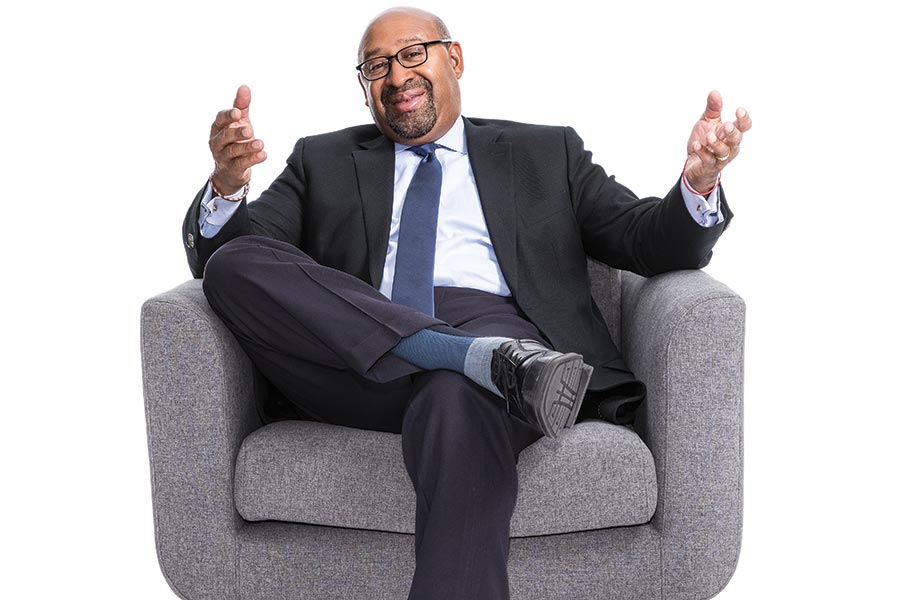 Your memoir is coming out this month. What do you hope it will accomplish?
I hope people read it. Beyond that, I’m trying to humanize and make more real a position that at times seems very unreal.

Do you really believe you had the best gig in politics? Don’t get me wrong; you seemed happier than Mayor Kenney does. But you also governed during the Great Recession.
[Laughs] Absolutely. This is a job where you can actually accomplish things. In my second year, there was an eight percent reduction in homicides. In my next-to-last year, there was a 37 percent reduction. There are not a lot of jobs like that.

When former mayors write books, it often means they’re thinking of campaigning for higher office.
I’m done with running. I am interested in supporting new, non-establishment candidates locally and across the country.

How would you grade the city’s Democratic Party?
The local party tends to deal with folks they already know. And in many instances, the public has rejected those folks. We see continued disengagement by voters at the polls. These are all canaries in the coal mine. We should be encouraging more folks to run for office.

What about the national Democratic Party? Some say it should be more centrist. Then there’s the Bernie Sanders wing. …
[Rolls eyes]

Does that eye-roll mean you’re on the opposite side of the Berniecrats?
No, no, don’t say I rolled my eyes. First and foremost, I’m a huge supporter of our DNC chair, Tom Perez. Second, I was reappointed as an at-large member of the DNC, so I’m excited about that. Third, if we are going to be successful going forward, we are going to have to stop talking about each other in the context of “Well, I’m a Bernie person” or “I’m a Hillary person” or “I’m an Obama person.” Whichever of those you are, we lost.

In your book, you talk about the homicide rate, which dropped to a 46-year low when you were mayor. It’s since crept back up.
It is not unique to Philadelphia. Crime is up in Tulsa, Oklahoma. There are a lot of theories out there.

Are any legit?
I don’t really believe in the Ferguson effect — you have to go down a path that says police officers are not really doing their job. I don’t think that’s true.

Do you still think stop-and-frisk was a good strategy?
I wanted to change the mind-set of people who tend to carry guns. If you know there is a likelihood that you could be stopped with your gun, you might rethink carrying that gun in the first place.

Referring to pensions, you wrote that Philly is “still dealing with the vestiges of [Frank] Rizzo’s time as mayor.” How does his ghost haunt the city?
Some of the things that happened in the ’60s and ’70s remain in the narrative. It is painful to me that Philadelphia police officers of today sometimes get painted with that brush from 30 to 40 years ago.

The Kenney administration plans to move the statue of Rizzo from outside the Municipal Services Building. Was that the right call?
There appears to be a process in place. The process is the process, and it is moving along.

Published as “Michael Nutter Has His Say” in the January 2018 issue of Philadelphia magazine.