What’s It Like to Wear the Big Red Suit?

The guy at the North Pole didn’t reply to our texts — but a few of his Philly-based helpers were happy to open up. 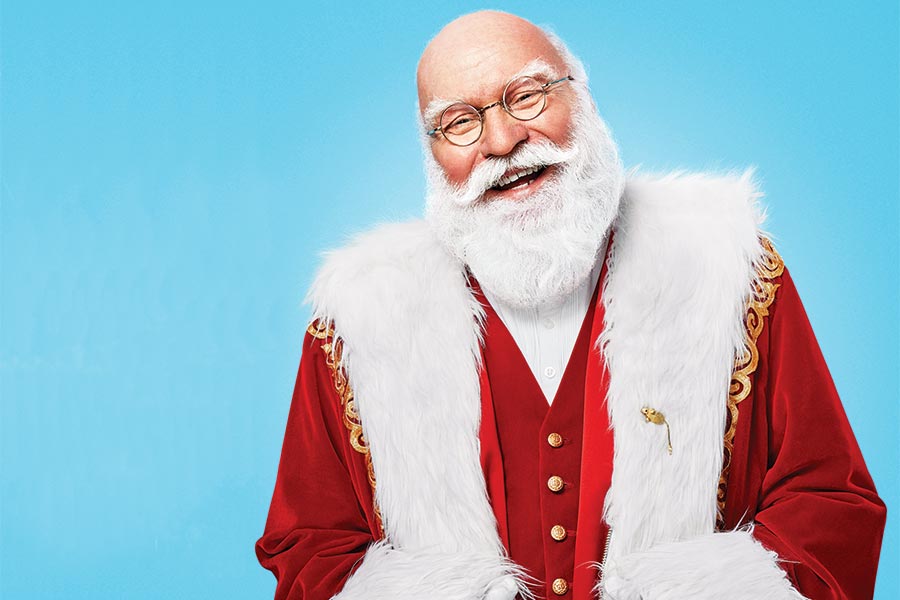 How do you deal with skeptical kids?
If a child asks me if I’m the real Santa, I usually ask, “What do you think?” This sort of puts them on the spot, because they don’t want to say I’m not the real Santa and jeopardize their wish list.

What’s the weirdest gift request you’ve gotten?
There have been a few adolescents who have asked for a unicorn. 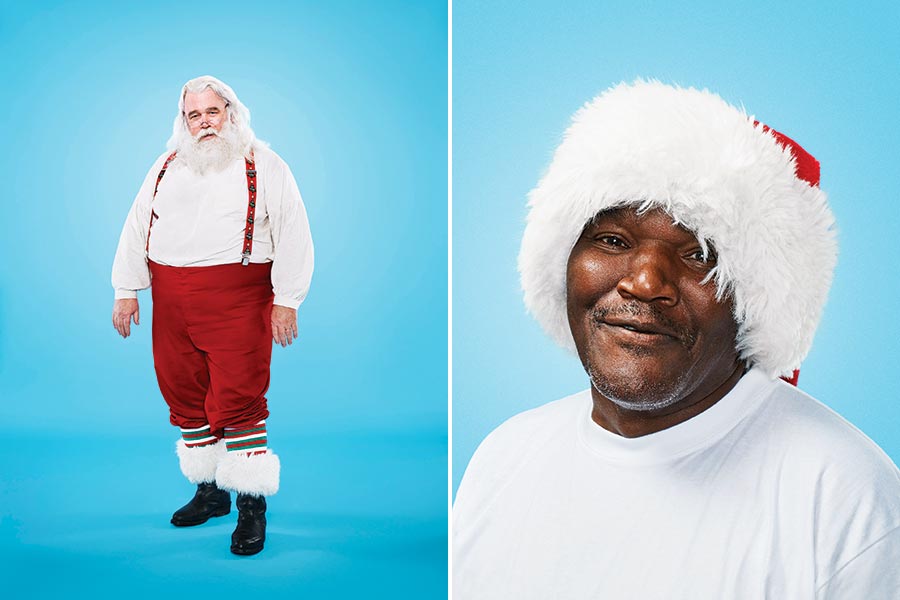 How long have you been working as Santa?
In the first grade, Christmas 1960, I was the understudy for Santa in our class’s Christmas pageant. Later, in college, I played Santa at fraternity Christmas parties and such. I started working professionally in 2003.

What’s been your worst experience?
Probably when two moms got in a fight in the line waiting, and one punched the other in the mouth. She was removed from the mall by security.

What’s the best part about the job?
The best part of the job is making people happy. Giving them a merry Christmas.

What’s the toy request you get most often?
Believe it or not, it’s mostly a lot of dolls. And computer games. A lot of bikes.

How do you deal with skeptical kids?
I say, “Well, ho ho ho, give the toy back, then!” And they believe. [laughs]

What’s the best part about the job?
Seeing the smiles on people’s faces — not just the children; the adults, too. My goal is to be Santa Claus for the city, the state, the White House — to show people there doesn’t have to be one universal mold for Santa Claus. 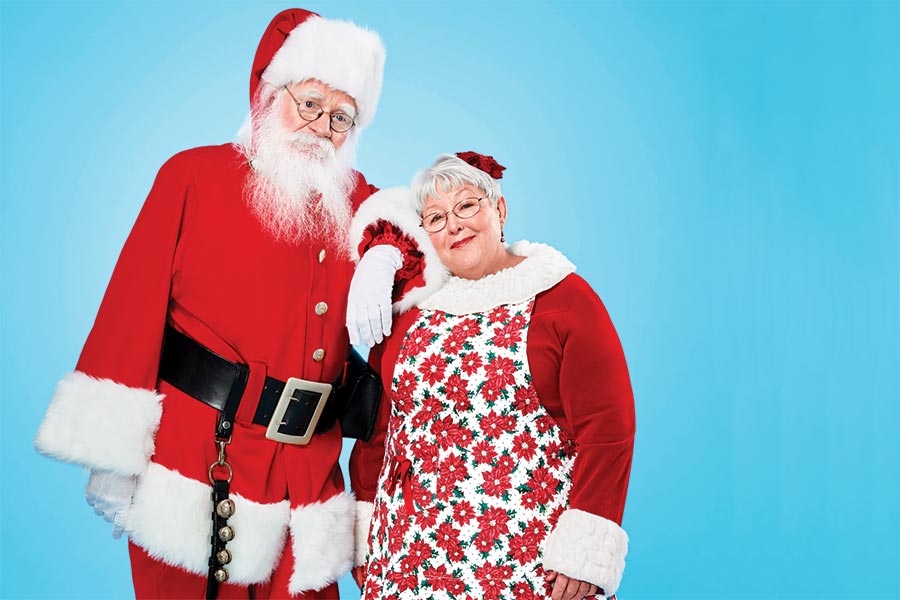 How long have you been working as Santa and Mrs. Claus?
I am now in my 39th year. Mrs. Claus has been with me for about three years now.

What’s the weirdest gift request you’ve gotten?
I had one boy who was about five years old ask for a sky blue minivan, and that was all he wanted. I asked him if this was for his parents, and he said no. I told him it would be a long time before he could drive. He said he could wait.

What’s been your worst experience?
We were at an event where they also hired a Barney character. He was drunk and staggering around and scaring the children. Santa had to take him backstage and take the top part of his costume from him so he couldn’t go back out. He made the naughty list that year. 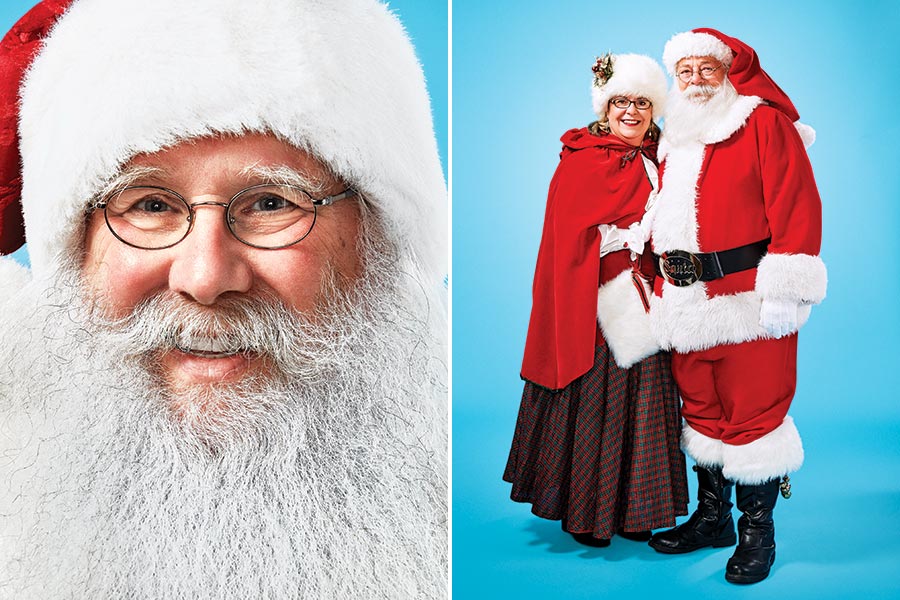 What’s the toy request you get most often?
American Girl dolls and Thomas the train. For the older children, iPhone, Xbox, Legos.

What’s the weirdest gift request you’ve gotten?
You mean besides a hippo? I had a young woman walk up to me and ask for a man for Christmas.

How long have you been working as Santa and Mrs. Claus?
Twenty-six years and 25 years, respectively.

What’s been your worst experience?
The children know they’ll be asked if they were good, and of course they know they weren’t good all of the time. And the parents are telling them to smile. Who can smile under that kind of pressure?  And, “Stop crying.” Right!

What’s the best part about the job?
So many hugs! And the letters. 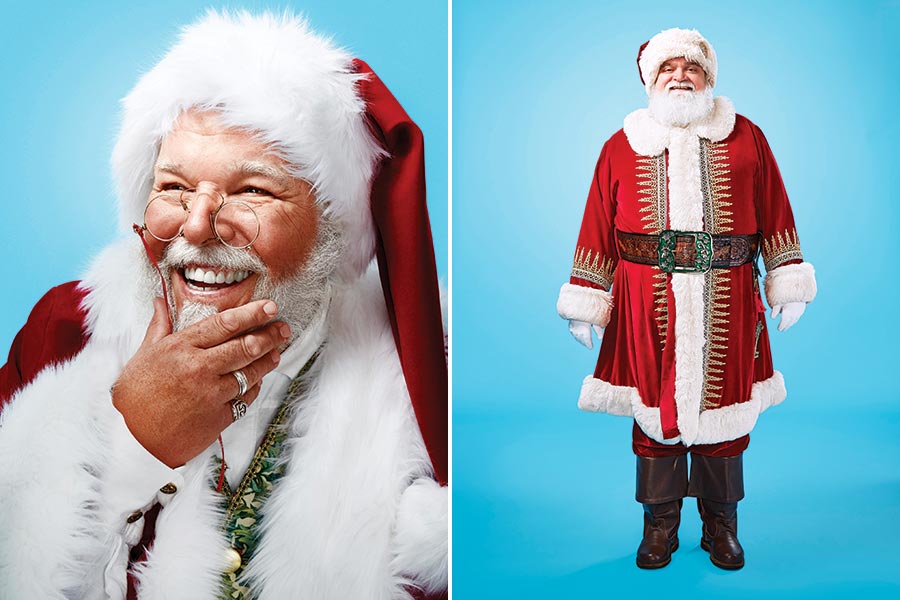 How do you deal with skeptical kids?
Being a real-beard Santa helps immensely. I have a yak-hair beard I put under my real beard to give you that long Santa beard. I let them pull on my chin. Having taught for 39 years, I’ll go, you know, “How’s first grade?” and they’ll be like, “Oh my God, he knows.” So those two things have given me Santa cred.

What’s the best part about the job?
Having the honor of singing for the Philly POPS and walking onstage at the Kimmel Center. And the people whose eyes you can connect with — it’s just pure joy. I don’t care if you’re six or 60 or 96. You see that reflection in their eyes and their smiles, and that’s just great.

What’s the weirdest gift request you’ve gotten?
I had a little girl come up and ask for a bow-and-arrow set for hunting with her dad. That one caught me off guard. Not that I’m against hunting, but she was all small and cute, and she said she wanted this bow and arrow, and I said, “Do you know how to shoot it?” and she said, “Oh, I know how to shoot it. I go hunting with my dad.”

What’s the best part about the job?
The best part of the job is when the child is looking at you or smiling at you and is literally shaking or squealing. It’s that over-the-top excitement. That shows them the holiday spirit and the magic. That’s what makes you want to do it every year. 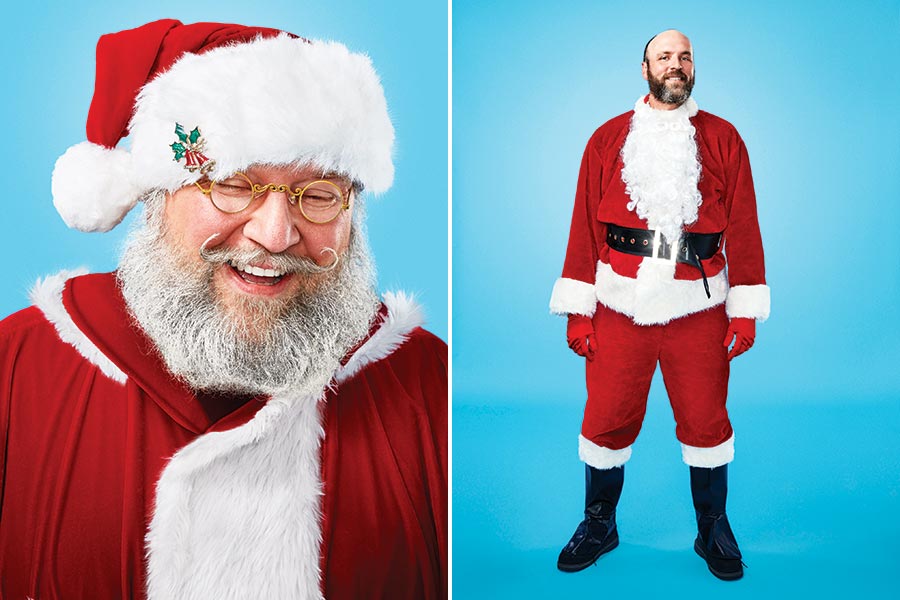 What’s the toy request you get most often?
Barbies — no matter the year, a child will always request a Barbie.

What’s the weirdest gift request you’ve gotten?
One child asked for a sloth because he heard they’re really slow and he was tired of chasing his dog around.

What’s the toy request you get most often?
It’s always so obscure now. It’s mainly electronics, which is kind of a bummer.

What’s been your worst experience?
Definitely some poopy diapers. You can tell when they sit down. But they’re cute, so it’s okay. And crying children.

What’s the weirdest gift request you’ve gotten?
A sibling. Or they say sad things like “A best friend.” 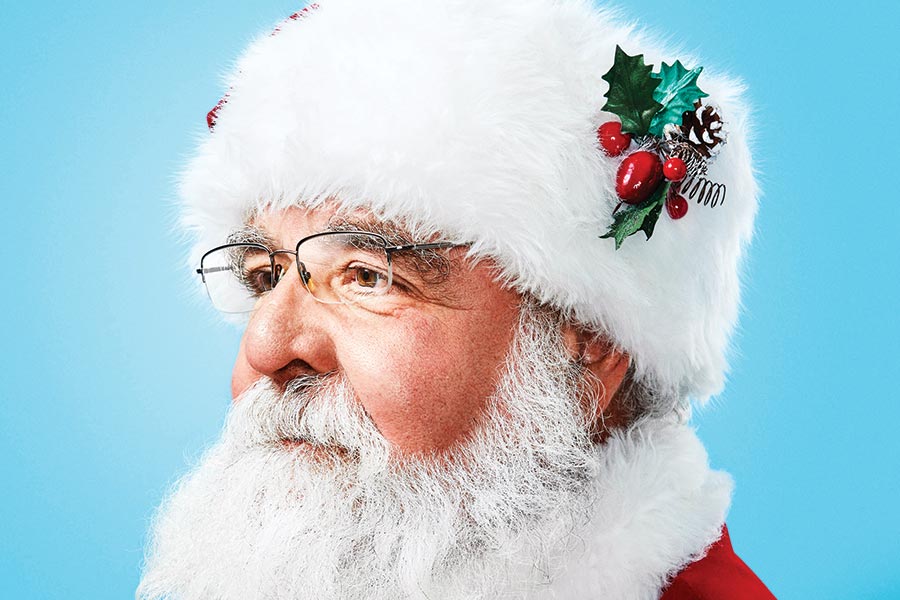 What’s the toy request you get most often?
It’s the dolls and fire trucks. But fire trucks aren’t fire trucks anymore — they’re Transformers. It’s the basic kind of toy, just brought up to the 21st century. It’s still just fire trucks and dolls.

Published as “Worthy Clauses” in the December 2017 issue of Philadelphia magazine.