Gen. George A. McCall Elementary was placed on lockdown Wednesday morning when the weapon was discovered. 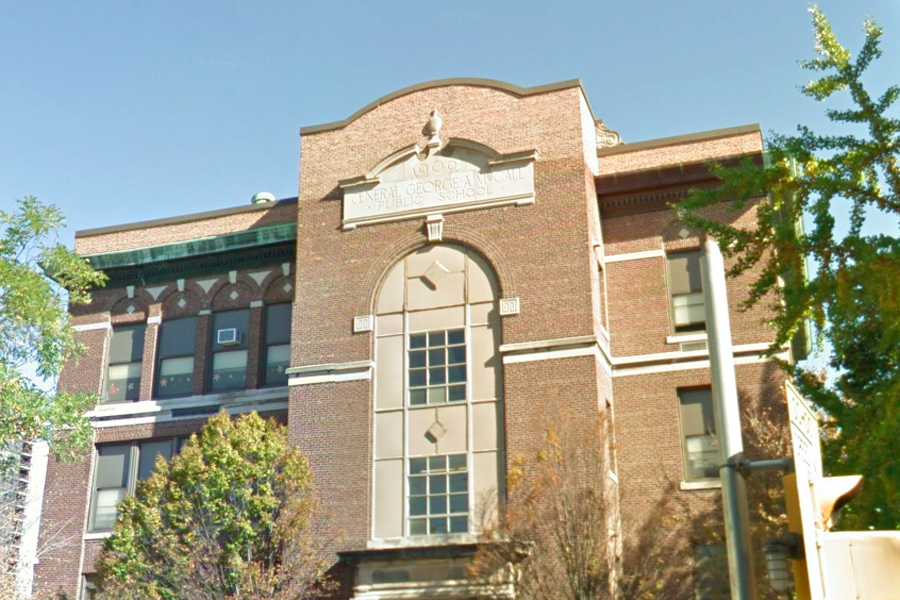 A Blue Ribbon school in Society Hill was briefly placed on lockdown Wednesday morning after a seventh-grade student was found with a gun on the premises, according to Philadelphia police. The incident at Gen. George A. McCall Elementary School was resolved without injury after officers quietly arrested a 13-year-old boy and recovered the firearm.

Police say the discovery was made after a fellow student notified the principal that a classmate had brought a gun to school shortly after the day began. Officers were then dispatched to McCall after receiving the administration’s call for help. It remains unclear how the boy acquired the gun or why he had it with him in school.

“It is completely unacceptable any time a student brings a weapon to school,” School District of Philadelphia spokesman Lee Whack said in a statement. “The safety of our students and staff is always our top priority. The gun was removed from the school without incident. The lockdown was lifted after it was determined that there was no further threat and all students and staff were safe. The School District is fully cooperating with the Philadelphia Police Department as they investigate this matter.”

Because the student is a minor, Whack says, the school district cannot provide any details regarding disciplinary measures. Police have charged the young teen with felony and misdemeanor violations of the uniform firearms act, possession of an instrument of crime, and possessing a weapon in school.

In 2016, McCall was named the city’s top-performing K-8 by the school district.