Officials are calling for the PPA’s entire board to resign. 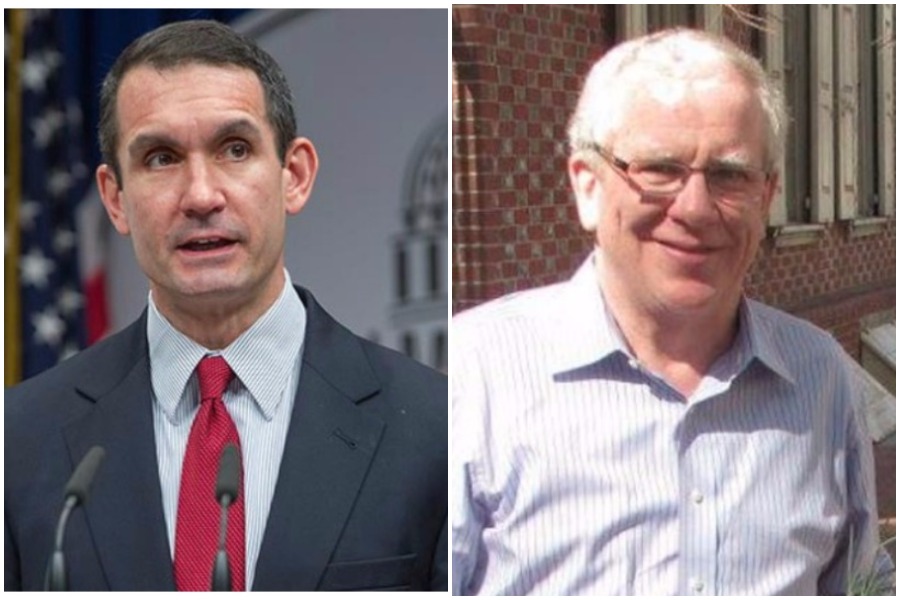 Some background: Fenerty and the PPA first came under public scrutiny last year, after the Inquirer revealed Fenerty had twice been accused of sexual harassment and that members of the PPA board allowed him to retain his job after concluding that he had “abused his power.” In addition to the complaints against Fenerty, who resigned in September 2016, three other PPA employees were accused of sexual harassment between 2014 and 2015, according to Thursday’s audit.

Fenerty could not immediately be reached for comment. Martin O’Rourke, Fenerty’s former spokesperson, said he no longer has contact information for the former executive director.

DePasquale placed a significant chunk of blame on the PPA’s Board of Directors in the audits, claiming it acted as “an absentee landlord” that failed to oversee Fenerty’s activities and properly manage day-to-day operations.

Among other issues, one of the audits found $1.17 million of “incorrect, questionable, or excessive expenses” charged to the PPA’s on-street parking division in a five-year period (including golf outings and catered meals), which should have, per state law, gone to the School District of Philadelphia.

In total, the school district potentially missed out on nearly $78 million from the PPA, a large portion of which the audit attributes to the district’s share of uncollected parking fines. Since 1990, the PPA has reportedly failed to collect more than $580 million in outstanding parking tickets and fees.

According to the attorney general, that money could have been used to hire more than 1,300 teachers, provide tablet computers to nearly 156,000 students, or buy roughly 779,000 textbooks.

The board disputed those figures in a statement on Thursday, claiming that the assertion that the school district missed out on $78 million “is not supportable” because it “assumes that every parking ticket issued over the last five years will be paid in full, including penalties.”

“The PPA has an 89 percent collection rate over a three-year period, one of the highest in the country,” the organization said. “The collection rate required under the Auditor General’s analysis is unreasonable and is unheard of in the industry.”

In addition, the PPA highlighted the “comprehensive evaluation and transformation” it began this this fall, which includes employee diversity and sensitivity training and a new sexual harassment policy. The board claims that it has already implemented 94 of the 117 recommendations DePasquale recommended in his audits this week.

In the wake of the reports, the auditor general is calling on the state to return control of the PPA to the city. DePasquale said he plans to refer the audits to the IRS, the State Ethics Commission and the Attorney General’s office “for further review.”

Local officials are weighing in on the controversy. Some, like U.S. Rep. Brendan Boyle, are calling on its chairman, Joseph Ashdale, to step down. Others, like City Controller-elect Rebecca Rhynhart, are demanding the entire PPA board resign. City Councilman Helen Gym joined DePasquale in pushing for local control of the PPA.

I agree with @PAAuditorGen assessment that the Parking Authority should return to city control.  Furthermore, due to the magnitude of mismanagement under the current board’s watch, I believe all members of the PPA Board of Directors should resign. 2/2

Under state control @PhilaParking functioned as a toxic cesspool of abuse, political patronage, and failed promises. They're bandits who robbed #PhlEd kids of $78 million. My full statement on @PAAuditorGen's PPA audit: pic.twitter.com/XWpJVmvzlU

My statement calling for the resignation or firing of the PPA Chairman following today’s PA Auditor General report that detailed a culture of sexual harassment and disgraceful leadership at the PPA: https://t.co/JpYqa6pEkp