White Progressives: Now That You’ve Won, Stop Using Us and Do Something

After the epic election victories of Larry Krasner and Rebecca Rhynhart, black and brown communities are going to start holding progressives accountable. 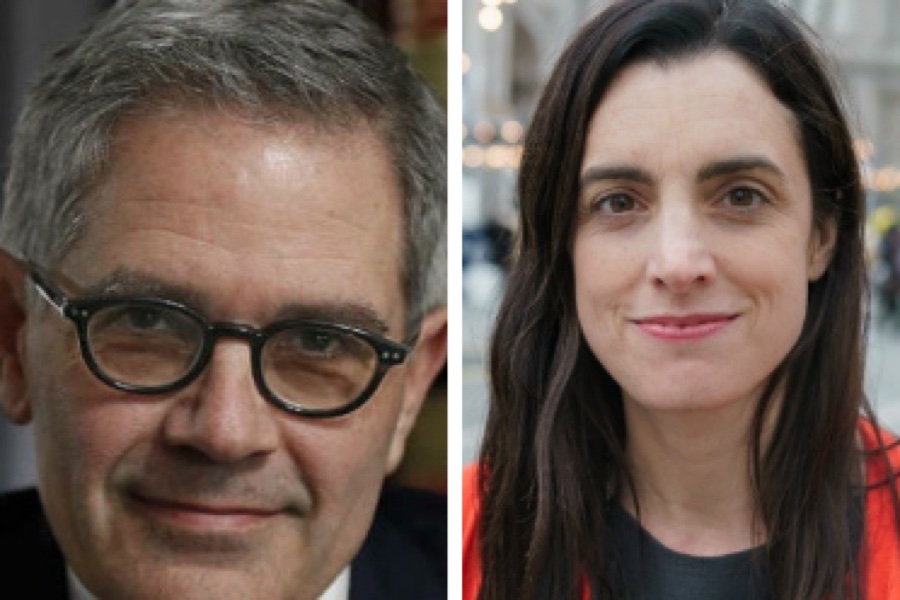 In some parts of the country, what just happened on Election Day was pretty damn epic. And it was no less revolutionary here, with the city electing a man with no prosecuting experience as our top prosecutor and officially voting in a new city controller who had ousted an establishment mainstay in the primary.

Yes, Democrats Larry Krasner and Rebecca Rhynhart will be Philadelphia’s new district attorney and city controller, respectively, and progressives across the city are basking. After a year that’s provided plenty of political disappointment for liberals, I thought that I, too, would share the joy of these victories. But for some unsettling reason, I can’t. I personally feel ripped off and cheated. It’s hard for me to fully come to terms with the bittersweet implications these wins will have for the city and black voters like myself who often help elect such candidates.

I’ve realized how much of a role racial bias plays in current progressive politics: White progressives and black and brown progressives support similar ideals collectively, but not everyone is given the same backing to lead on those ideals. In a move reminiscent of “white feminism,” which attempts to erase the visibility and capital of women of color within the feminist movement, white progressives tell us that we are on the same page fundamentally, but that they will take it from here — often leaving us behind in the long run.

Mayor Jim Kenney’s mayoral victory after 16 years of black leadership in Philadelphia signaled this new wave of political power. Kenney’s win came largely from the support of the powerful collective of black politicians known as the Northwest coalition and progressive stances such as the elimination of stop-and-frisk and more support of public schools. But since his election, Kenney has backpedaled on his stop-and-frisk plans and created a soda tax to fund universal pre-K that’s disproportionately affecting lower-income communities, while also proving lax on reform measures during recent police contract negotiations. And while some may argue that his taking back of Philly schools will secure his re-election bid, it’s clear that most of Kenney’s progressive policy wins so far have proven to be regressive for Philadelphians of color.

Throughout both of their campaigns, Krasner and Rhynhart embodied similar contradictions. Though his supporters were very vocal against the local Fraternal Order of Police when he boasted about suing the police department 75 times, Krasner made it a point to have a private meeting with Democratic party leader Bob Brady and FOP boss John McNesby to ease tensions following his primary victory. As if that hadn’t been enough, Krasner even gave a presentation at the FOP’s June endorsement meeting, after which they not surprisingly choose to back Republican Beth Grossman. For a candidate that many held up as a civil-rights champion, attempting to appeal to an institution that your campaign has routinely condemned was a misstep driven by privilege. Only a white man could appear to be civil to a police union while stirring up anti-cop activists simultaneously. And only a white man could be lauded as a social-justice leader while running for a job that will still put countless people of color behind bars.

While being touted as a fresh face in politics, Rhynhart’s track record reveals some of the same old stale habits of Philly’s past. Despite the city’s population still being a majority of color, the Kenney administration has had a serious problem with diversity within its leadership. Rhynhart, then serving as the city’s chief administrative officer, didn’t have much to say about it during last year’s budget hearing: “Our city’s workforce should represent the diversity of the city. I think we have improvements that need to be made. I think we as an administration are taking steps toward that.” That’s the best answer she could come up with for having people of color make up only 22 percent of executive staffers in departments that she oversaw? It wouldn’t be long before she left that position and decided to run for the city’s top financial watch-dog position — a job in which she will now be looking over her immediate former boss.

The hard truth is that local races over the years have proven that candidates with platforms similar to Krasner’s and Rhynhart’s couldn’t win if they were black. Aligning your campaign with Black Lives Matter activists or taking very rogue anti-establishment stances very early in one’s political career was often characterized as being too polarizing and controversial. I’ve spoken with several local black candidates from various election cycles who told me that they couldn’t take such strong social-justice stances because they couldn’t afford to lose white donors who might view them as being divisive. But somehow these same donors had no problem backing white candidates with platforms that reflected similar views.

Despite all of my doubts, I sincerely hope that this new string of white progressives who are taking over Philly politics actually do something with their privilege. No, I don’t want them to continue to just run campaigns that show they have similar viewpoints as I do — I want them to offer legitimate solutions that will not adversely affect my community. For decades, Democrats in Philly have been able to successfully appeal to diverse voters with resonating messages that secured votes, but how long can they keep falling short of carrying out their vision once elected? What’s the point of a Philadelphia run by progressives if we still continue to be one of the poorest and most segregated major cities in America?

White progressives, please do not only use your privilege to win races your fellow black and brown party members still can’t — tackle the issues that affect their communities the most. That’s the only way of ensuring true “progress” in this city.