The newspaper publisher and one-time city councilman literally wrote the book about going to prison for political corruption. 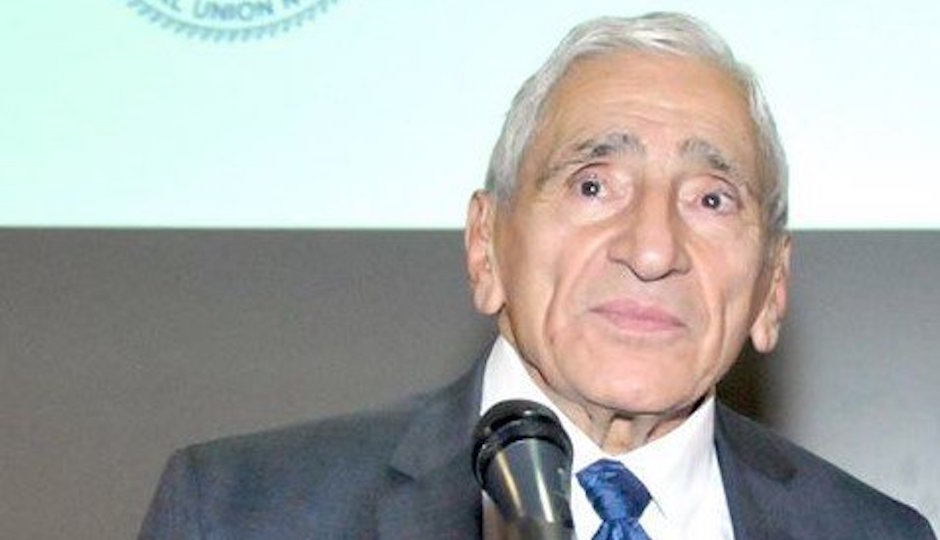 James “Jimmy” Tayoun, a Philadelphia political legend, has died at the age of 87.

Tayoun spent his life working just about every corner of the city’s political system. He was the founder and longtime publisher of the Philadelphia Public Record, a weekly newspaper that was part-Philly’s Pravda, part-legitimate chronicler of local politics.

His résumé also included stints as a Democratic state representative, city councilman and ward leader. And, in typical Philly fashion, he spent 40 months behind bars for corruption.

In the pages of the Public Record, which was available for free in honor boxes across the city, you could find juicy political gossip, real campaign news (for junkies, anyway), and a unique look into what leaders of the Democratic machine were thinking.

It was also, on at least one occasion, deeply offensive to readers. In 2014, a photo caption in the paper referred to Asian people sitting alongside Councilman Mark Squilla as “Chinky Winky,” “Dinky Doo” and “Me Too.” Tayoun downplayed the incident as a “proofreading error” and said he fired the employee responsible for it.

In the 1990s, Tayoun went to prison for obstruction of justice, mail fraud, tax evasion, and racketeering. He had taken bribes, paid bribes, and, when he learned that federal officials were investigating him, told an ex-associate to lie to a grand jury. A prosecutor at Tayoun’s sentencing said that “everything he touched turned into a scam of one kind or the other.”

It’s true that Tayoun never wanted for business ideas. He even wrote a book about going to prison, titled, well, Going to Prison. It was aimed at former lawyers, doctors and politicians like himself.

“I was sitting outside there one day and this guy who’s getting ready to surrender comes out of the car in a fur coat,” Tayoun remembered. “I start shouting at him, ‘Leave the fur coat. Leave the fur coat.’ They were just going to take it. But the guy didn’t have any idea.”

After getting out of the slammer, Tayoun became a $100-an-hour “prison consultant” for white-collar criminals. In 2016, not exactly a banner year for most newspapers, City & State acquired the Public Record. Tayoun was once a restaurant owner, too.

Tayoun was known as well for talking bluntly about the realities of city politics in a way that few insiders do, at least on the record. Years ago, I spoke with him for a story I wrote about “street money” — that oh-so Philly practice in which candidates hand out cash on Election Day to help get out the vote. He told me that it wasn’t unusual for ward leaders to take some dough for themselves.

“If he could pocket it without it being shown, he’d pocket it,” Tayoun said. “More power to him. It’s extra money he’s got. What, is he gonna hold it up and turn it in and give it to Uncle Sam? Are you kidding?”

“We’re all devastated at the sudden news of this,” Greg Osberg, acting publisher of the Philadelphia Public Record and City & State Pennsylvania, told us.