By day, she works on the front lines of the fight against hunger. But her real clout comes from her massive social media following, which spans continents and has made her one of the leading voices in the social justice movement. 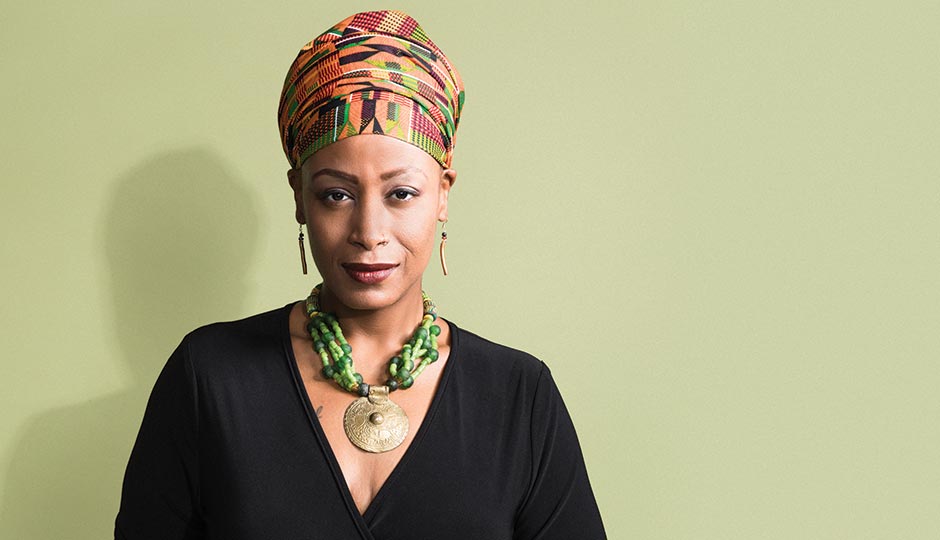 By day, Feminista Jones works at Witnesses to Hunger, a project of Drexel’s Center for Hunger-Free Communities. But her real clout comes from her massive social media following, which spans continents and has made her one of the leading voices in the social justice movement. Jones, a Penn grad originally from New York, connects across multiple channels: writing (she’s sold thousands of copies of her independently published Push the Button; her byline is everywhere from the New York Times to xoJane), podcasting (Give Me Freedom or Give Me Face), tweeting (as early as 6 a.m.), YouTubing, Periscoping and speaking.

On social media and in your writing, you’ve had a voice on everything from immigrant rights to sex-positive feminism and hip-hop. Where’s your heart lately?
I’ve been an activist since I was about 19 years old. I participated in sit-ins and boycotts at Penn, and since then, I’ve really focused my career on influencing and changing policy as it relates to poverty and hunger in America. I’ve worked with all kinds of people — those with psychiatric disabilities and victims of domestic violence, for example. And under all this, my heart has always been with black moms. I am a black mom. I was born into poverty by a black mom who was eventually able to move us out of poverty.

What is your idea of power? Do you think you’re influential?
Each day we wake up and agree to exist; there’s power in that. There’s power in asserting your humanity. And I think my influence comes from my ability to recognize humanity in others, which is probably the most powerful thing I can do. This sometimes gets me in trouble. Like, I see the humanity in Trump supporters. I’ll punch a Nazi in the face, but I also understand why he’s a Nazi. This year there were people cheering that some Trump supporters were being deported. We cannot cheer that people are being deported because they voted for Trump. That’s not right.

You’re very open online. What’s something people don’t know about you?
People probably don’t know that I’m cripplingly afraid of heights. I’m six feet tall. If we’re having a meeting in your super-high building, don’t seat me by the window. I’ve been trying to overcome this with season passes to ride roller coasters at amusement parks.

Why have you come back to Philly with plans to stay?
Being from New York, I know poverty. But when I went to school here, I was like, “Yo, this is different. Something’s going on in the city.” My concept is, if we can fix Philly, we can fix the country. In Philly, the opportunity to innovate and really try to spark something that motivates people is real. I intentionally moved into one of the toughest zip codes in the city, in North Philly. I didn’t want to be here as a black gentrifier. I’ve learned that Philly folks just really want to enjoy life. But there are limitations on who gets that opportunity.

You’ve recently spoken about the downsides of amassing knowledge.
I’ve come to realize that some people may be pushing against the intellectualization of America because they resent not having access. It’s a resentment that’s born out of a very real problem — only about 30 percent of Americans have bachelor’s degrees. And over time, these people are just like, “I don’t need to know that. I’m fine how I am.” There’s a comfort and survival in that. But when you know better, you have to do better if you’re a compassionate and empathetic person. James Baldwin said to be black and conscious in America is to be in a constant state of rage. And that goes across so many sectors and cultures. The more you know, the more burdened you are and the more you feel compelled to act. Sometimes I feel like I’m emptying an ocean with a teaspoon. There’s a bittersweetness about being a hyper-visible black woman with this kind of platform. I want to stop sometimes, but then I think, what if people two generations ago just stopped?