The Birds are riding high at 4-1, so it’s apparently open season on our former franchise QB. 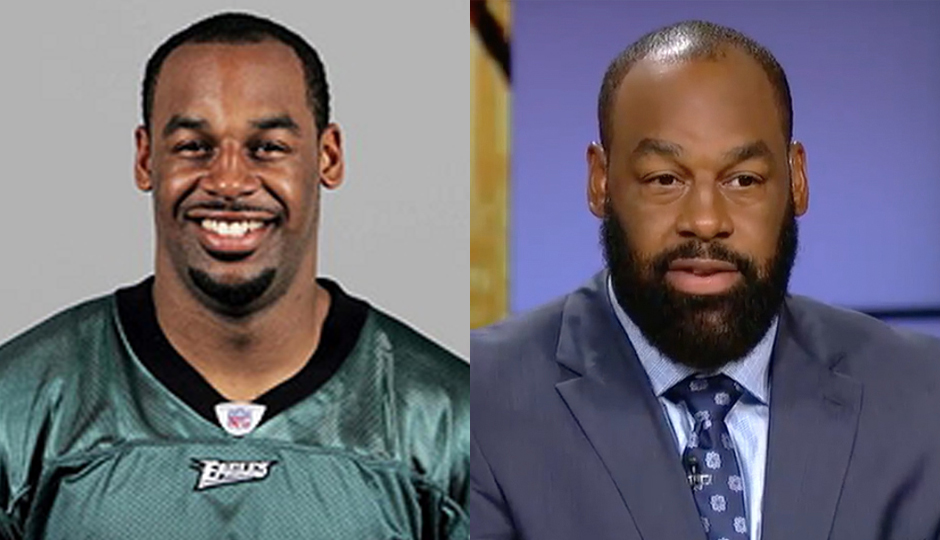 Donovan McNabb during his playing days, left, and in a recent ESPN appearance.

Five was in attendance for the Birds’ 34-7 dismantling of the Arizona Cardinals on Sunday, even taking some time to hang out in the locker room with heir apparent Carson Wentz after the game. While a clearly jealous McNabb has been more critical of Wentz than we’d like in his post-football role as a sports talking head, the potentially awkward reunion between the two Philly signal callers wasn’t what had fans gossiping on social media.

Instead it was how chunky the former Campbell’s Soup spokesman has gotten. Seriously, McNabb now looks like someone who could put down 29 hot dogs in one sitting instead of scoring 29 rushing touchdowns in his career. And people took notice:

Is that Jason Peters?

With concussed right tackle Lane Johnson potentially out for Thursday night’s match-up with Carolina, maybe a beefed-up McNabb can take his place on the offensive line? If I may, some advice for Five: Stick to light beer …