Philly’s Worst Outdoor Seating Scofflaws, According to the City Controller

Franklin Fountain, Smokin’ Betty’s, and Fadó were among those called out for “apparent violations.” 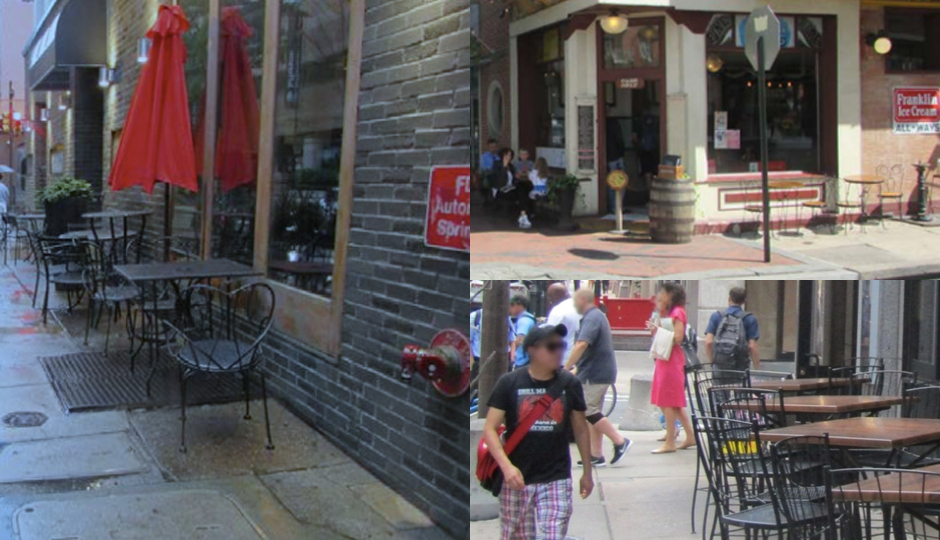 In late August, the office of City Controller Alan Butkovitz launched a code compliance and safety audit of Philadelphia’s sidewalk cafés to determine whether participating establishments were properly licensed, aligned with city code, and not impeding pedestrian traffic with their tables and chairs.

Butkovitz’s “investigator teams” surveyed 363 businesses that had either active or recently expired café licenses, finding that 49 of the 80 unlicensed locations were illegally operating outdoor cafés – representing just short of $13,000 in lost license fees and fines to the city. The audit states that a total of 218 offenses based on seven different code violations were discovered in 113 of the eateries they visited. Here’s a breakdown of the misconduct: 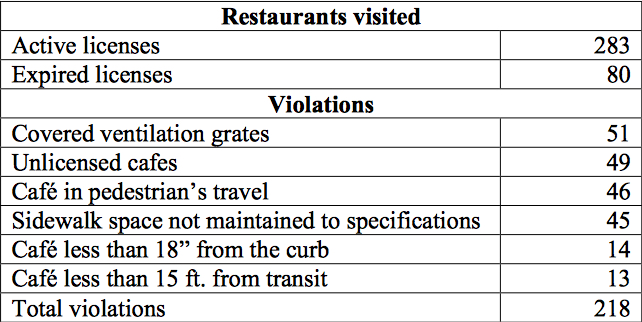 Citation data shows that 79 percent of the 431 tickets issued from fiscal year 2015 to fiscal year 2017 were for unlicensed cafés. Additionally, investigators found a lack of escalating fines for each location, in violation of the city’s sidewalk café codes. While the Controller’s Office has the right to fine up to $300 for offenses, repetitive citations remain at the same $75 fine level.

As part of the review, Butkovitz’s office offered several recommendations: